NATASHA BRADBURY suffered 53 separate, external injuries during a sustained and severe assault at her home in Haverfordwest, a doctor told a murder jury today.

And she lay dying for “one to two hours, hours not minutes” before her on-off boyfriend Luke George Jones dialled 999 and asked for an ambulance.

By then she was already “freezing cold” and paramedics were unable to revive her.

The prosecution argue he was jealous and possessive and murdered Miss Bradbury, aged 27, just hours after being told she had slept with another man.

A jury at Swansea Crown Court today heard from Dr Deryk James, who carried out a post mortem examination on her body.

Dr James said he found 17 separate injuries to her face and head, and 13 to her neck and upper chest, including fractures to several ribs and a fracture to her spine.

“These are not injuries you get from a fall but from an assault. And not just one but many,” he said.

The injuries that would prove fatal had been caused to her liver, heart and brain, he added. A litre of blood had leaked out of her liver and into her stomach and there was a small tear in her heart.

Dr James said it would be “pretty bizarre” if the injuries could be explained by Miss Bradbury falling over or suffering a series of accidents.

Some of the injuries were of the sort seen after road traffic accidents or a severe assault.

“You don’t see these tears (to the liver and heart) in ordinary domestic falls,” he added. “It could be a stamp or being thrown against a hard surface at speed.

“The overall pattern is one of assault, a sustained and severe assault,” he said.

Dr James explained to the jury why he believed Miss Bradbury had survived for some time after the fatal injuries had been inflicted.

He said that after suffering injury the body sent inflammatory cells, and other types of cells, to the damaged area to begin the repair process.

A single medic had published a paper suggesting that process could begin as quickly as 35 minutes after impact.

But in his opinion the process did not begin for at least one to two hours.

The process certainly stopped at the point of death, he added.

But an examination of Miss Bradbury’s liver and heart revealed the process had been underway at both sites, which meant she must have remained alive “for hours rather than minutes” after those two attacks.

In addition, said Dr James, nerve fibres in her brain had begun to malfunction following the assault to her head, which was another process that took time to begin and did not take place after death.

There was no evidence, he added, that all the injuries were inflicted at the same time and he could not say that some had not been caused hours after others had.

Dr James said Jones himself had suffered small cuts and abrasions but he could not say when.

Cross examined by Chris Clee QC, the barrister leading Jones’ defence team, Dr James said he could not accept that all the injuries could have been caused by Jones kicking Miss Bradbury “forcefully” and her falling onto a glass coffee table, breaking it, and then onto a cabinet and then onto the floor.

And he could not accept that the injuries to her ribs and to her liver could have been caused by one impact.

“They were separate impacts,” he said. 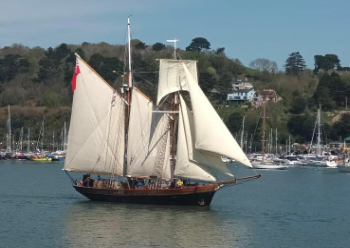 VALERO first supported Pembrokeshire Sibling Group back in 2018 when they were blessed to be chosen as their charity of the year.

Throughout 2018 Valero staff, through the Valero Volunteer Council, took on various challenges and organised fundraising events with all the funds going to their group. In total, Valero raised close to £20,000 for them that year which as they said at the time, was enough to sustain them for a couple of years on its own!

After 2019 came and went, Covid-19 meant that they had to suspend their activity programme and like many others, they didn’t restart normal activity until well into 2021.

This meant that they still had some of the Valero money in their bank accounts towards the end of 2021 and this meant that they were able to take 10 young people on the voyage of their lives on the tall ship, Johanna Lucretia. Even though voyages on this training vessel are partially subsidised by the Island Trust, it’s true to say that without Valero funding, this would definitely have remained a dream for the Sibling Group.

This trip was an amazing experience for all who sailed, and it was life changing for a couple of the young people who have since enquired about further sailing experiences.

They are incredibly grateful to Valero for enabling them to be able to give young people this fantastic experience.

Now again, Valero have chosen Pembrokeshire Sibling Group as one of the recipients of the Valero Benefit for Children Classic golf event and they are delighted to announce that they have received £10,928 donation from this event.

As in 2018, this donation cements their existence and will allow them to both enhance what is already planned but also to provide additional treats to the young people they support that would be otherwise unaffordable. They would like to publicly thank Valero for their continuing and unwavering support.

Lee Hind, Pembrokeshire Sibling Group Chairman said “Once again, I find myself here thanking Valero for an amazing donation. This means the world to us, and we are honoured to have been selected to receive this money. This will enable us to plan in another residential experience later this year or early next and not have to worry about funding for it. Thank you to everyone at Valero!”

Stephen Thornton, Valero Refinery Public Affairs Manager said: “We are delighted to support Pembrokeshire Sibling Group, children are in need of respite and following the Covid Pandemic, it is essential that a service of this nature continues. We hope that many more children in our community benefit from the service”

If you’d like to know more about Pembrokeshire Sibling Group, including their referral criteria for a child and opportunities to volunteer, please visit www.pembrokeshire-sibling-group.org.uk or email psg.enquiries@gmail.com 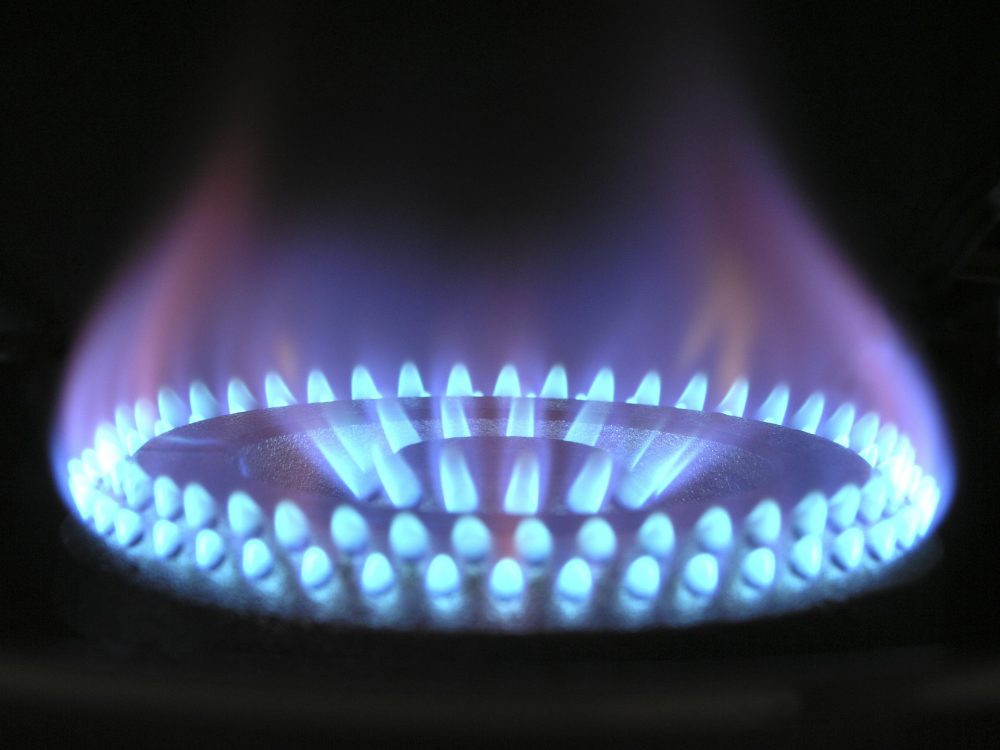 AROUND 7,000 Pembrokeshire households will receive payments direct into their bank accounts this week under the Welsh Government’s Wales Fuel Support Scheme, 2022-2023, Pembrokeshire County Council has said.

The £200 payment per household is to provide support towards paying fuel bills and is available to all eligible customers, regardless of how they pay for fuel.

It is in addition to the Energy Bill rebate being offered by the UK Government and the Winter Fuel Payment normally paid to pensioners by the Department for Work and Pensions.

From the information the Council holds on its Council Tax and Council Tax reduction records, it has been possible to identify thousands of people who are likely to be entitled to the payment.
If you have recently received a cost of living payment and you are in receipt of a means tested Council Tax reduction, you are eligible for this payment and it will be made automatically to the bank account that the cost of living payment was credited to.
Please check your account to see if a payment has been made before applying.
Who can apply?

The scheme will be open to eligible households, where an applicant is responsible for paying the fuel costs for the property and they or their partner are in receipt of one of the qualifying benefits between 1st September 2022 and 31st January 2023:
• Income Support
• Income Based Job Seekers Allowance
• Employment and Support Allowance
• Universal Credit
• Working Tax Credits
• Child Tax Credits
• Pension Credit
• Personal Independence Payment (PIP)
• Disability Living Allowance (DLA)
• Attendance Allowance
• Carers Allowance
• Contributory Benefits
• Council Tax Reduction Scheme (CTRS)
The full criteria, decided by the Welsh Government, is available on the Pembrokeshire County Council via the link below.

Applications are open now and can be made online at https://www.pembrokeshire.gov.uk/benefits-support-and-grants/welsh-government-fuel-support-scheme-202223 until 5pm on Tuesday 28th February, 2023.

If you have problems filling in the application form, please call 01437 764551 for assistance.

After application there will be some checks to confirm eligibility.

Payments are likely to start in October 2022 and will continue until the end of March 2023.

Please be patient as payments are made.

Prince and Princess of Wales to visit Wales 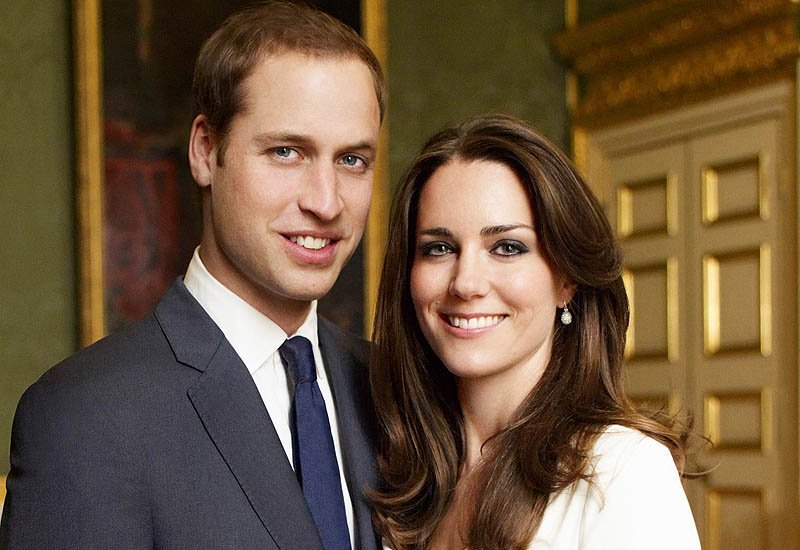 THE PRINCE and Princess of Wales have planned a trip to Wales to visit a variety of communities across the nation and learn about the work of key charitable organisations.

The Prince and Princess have a deep affection for Wales, having made their first family home in Anglesey, and have thoroughly enjoyed their previous visits and the warmth and kindness shown by the Welsh people.

Their Royal Highnesses are looking forward to spending more time in Wales over the next few years, they hope to strengthen their relationship with communities in all parts of Wales.

During their first engagement, Their Royal Highnesses will visit the RNLI Holyhead Lifeboat Station, where they will meet crew, volunteers and some people who have been supported by their local unit.

Holyhead is one of the three oldest lifeboat stations on the Welsh coast and has a remarkable history of bravery, having received 70 awards for gallantry.

Their Royal Highnesses will then take a short walk to the Holyhead Marine and Cafe Bar, where they will meet local people, including representatives of small businesses and organisations, including the Coastguard and Sea Cadets.

In their second engagement, the Prince and Princess of Wales are expected to visit Swansea.

Their Royal Highnesses will visit St Thomas Church, a re-developed church in Swansea which supports people in the local area and across the City and County of Swansea.

Over the last two years the church has been transformed into a thriving community hub and is home to a vast array of services, including:

The Princess of Wales has previously worked with Baby Banks and the in summer of 2020 brought together 19 British brands and retailers to donate over 10,000 new items to more than 40 baby banks nationwide, operated by Baby Basics, Little Village and AberNecessities.

Her Royal Highness has visited a number of baby banks across the UK, including in London, Sheffield and West Norfolk where she has spent time speaking with families about their experiences of using their local baby bank services, as well as helping unload donations.