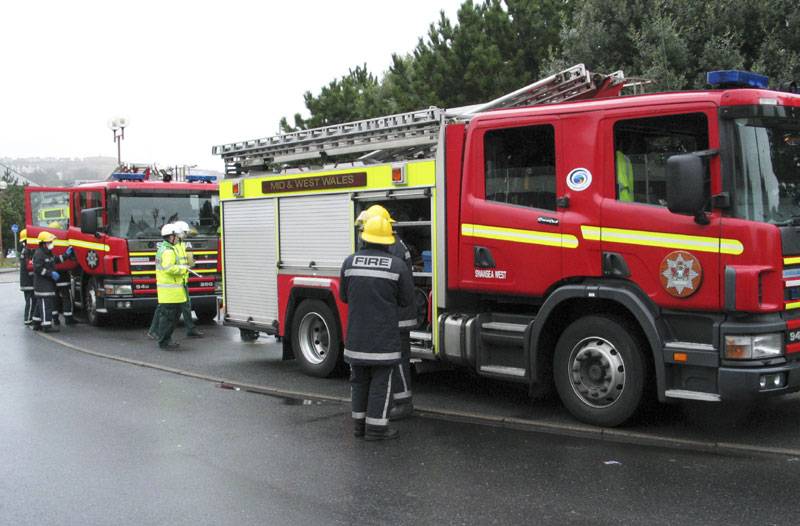 THE MID AND WEST WALES FIRE AND RESCUE SERVICE has revealed the extent of budget cuts, whilst speaking at Ceredigion’s full council meeting last Thursday (Mar 21).

At the meeting last Thursday, Fire Service Chief Officer Chris Davies told councillors that in a time of austerity, the service has had to make significant cuts.

He said: “We’ve stripped out 20% of our budget… 27% of firefighters posts removed and 34% of middle to senior management posts have been removed over the last six to eight years.
“We are at the point now where anymore cuts to us will mean a reduction in service delivery.
“It means that someone, somewhere, will receive emergency response more slowly than they currently do.”

Mr Davies added: “We’ve made significant cuts as I know you have as a council.
“We are at the point now where there are only three things that we can cut… personnel, appliances and equipment.” The Mid and West Wales Fire and Rescue Service serves Carmarthenshire, Pembrokeshire, Ceredigion, Swansea, Powys and Neath Port Talbot. The Service covers some 4,500 square miles and makes-up almost two-thirds of the landmass of Wales, with nearly 12,000 square kilometres of road networks and 650 kilometres of coastline. Census data suggests that the permanent population of the service area is 900,000, but the fire service say that it can be proven that during the summer, the population exceeds two million.

Statutory duties of the service are fire safety, firefighting, road traffic collisions and emergencies. Other operational challenges include building fires, grass fires, flooding, urban search and rescue as well as terrorism response. Grass fires in particular were a major problem last year, and in the period between April and June, the Mid and West Wales fire control received over 27,000 calls regarding that issue. The co-responder scheme, which utilises specialist vehicles to assist the Welsh Ambulance Service in the case of medical emergencies, has been considered a success. Mr Davies described ROSC (Return of Spontaneous Circulation) as meaning ‘someone has been brought back to life’, and 54 such instances have been confirmed across the service area.

Mr Davies added: “That means that 54 people are walking around today who wouldn’t have been, if they [co-responder vehicles] weren’t in place.”
A wide variety of risks are found within the operational area, ranging from the petro-chemical industries in Milford Haven and Briton Ferry to the risks associated with heavily populated areas such as Swansea, Port Talbot and Llanelli. There is an extensive farming community and many other light industries throughout the area. These, together with an extensive coastline and inland waterways are some of the specialised risks within the Mid and West Wales region.