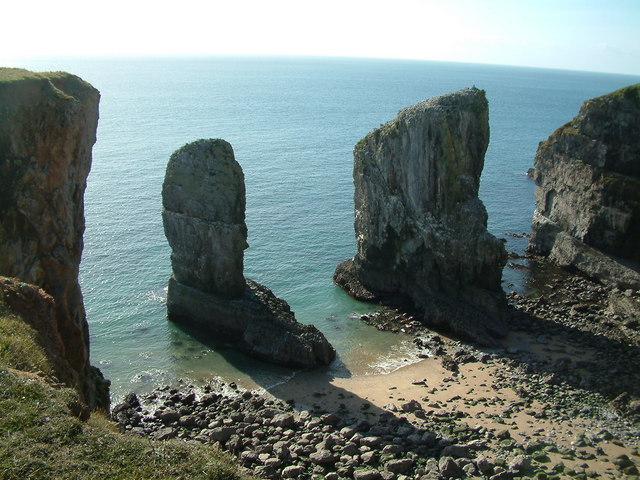 DRONE operators are being urged to avoid disturbing protected wildlife following a recent incident that was reported in the Pembrokeshire Coast National Park.

A drone was spotted flying above Stack Rocks near Castlemartin at a time of year when protected seabirds such as guillemots and razorbills come ashore to nest.

National Park Authority Ranger for the Castlemartin Range, Lynne Houlston said: “Birds are particularly sensitive to disturbance during the nesting season and in this case the stacks were covered in thousands of seabirds, precariously perched with eggs on their feet.

“The cliffs around Stack Rocks also provide nesting sites for kittiwakes, chough, gulls, fulmar and raven. Ravens can start nesting as early as March. From mid-August to November seal pups are born within these caves and bays and these are also protected by law from disturbance.

“As well as putting wildlife at risk, the operator of this drone and was also flying in military airspace linked to the MOD’s Castlemartin Range without permission.

“The police have been informed and have been given the details of those who are alleged to have been operating the drone.

“If you would like to take a closer look at the birds and their chicks, the National Park Authority has arranged a free drop-in event at Stack Rocks from 10am-3pm on Saturday 22 June.”

The Pembrokeshire Coast National Park Authority and a range of partners have developed guidance for drone operators, highlighting the issues of disturbance to wildlife. As well as seabirds, the advice also describes the impact drones can have on seals, wading birds, waterfowl and livestock.

Disturbance of wildlife is a crime and can be prosecuted under the Wildlife and Countryside Act 1981. Reports of drone misuse should be reported to the police by calling 101.

Milford Haven: Gardener may appeal over shed on wheels verdict

Tiers Cross: Housing estate to be demolished and replaced