THE ANNUAL ‘Paws in the Park’ fun day was held at Scolton Manor Country Park recently, with more than 150 dogs and some 450 people joining in the fun.

The Pedigree and Novelty dog show classes were full to bursting with excited dogs and owners alike. In all classes, first, second and third positions received rosettes.

Aberporth and District Dog Club carried out Agility and Rally-o demonstrations throughout the day and encouraged owners and their dogs to ‘Have a go’.

There were various charitable and trade stands, and a bouncy castle and pony rides for the children to enjoy.

All the money raised on the day was donated to local animal charities.

Over 1,200 photos were taken on the day. If you would like to view your dog’s photo, please contact the Dog Control Section of Pembrokeshire County Council on 01437 764551.

Breast, fly or crawl – Dave can do it 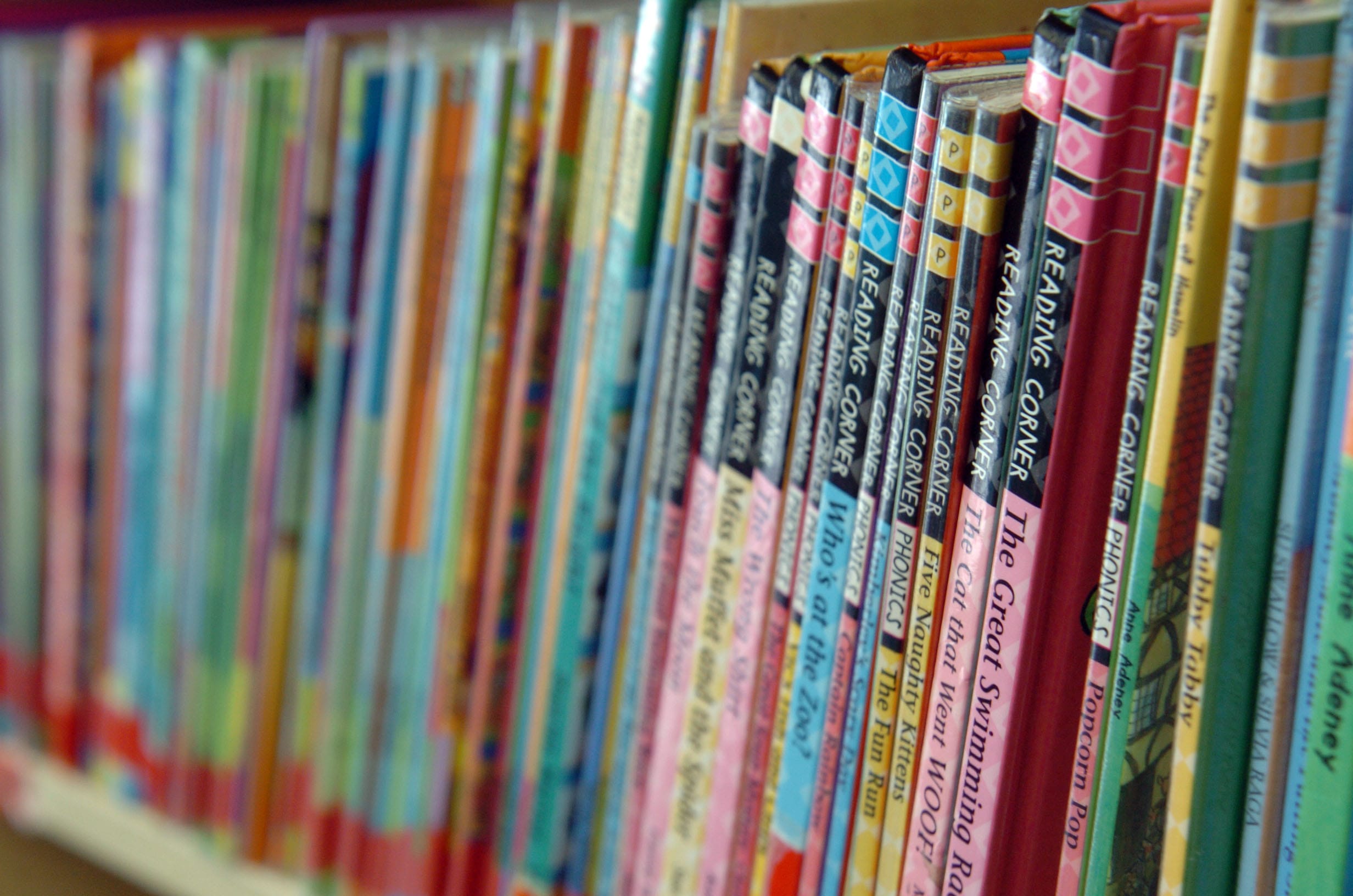 Customers can place up to two reservations for books and audiobooks, which are available and in stock at libraries in Fishguard, Haverfordwest, Milford Haven, Narberth, Newport, Neyland, Pembroke, Pembroke Dock, Saundersfoot and Tenby.

Items are also available to reserve from the service’s Stack (store).

Library members can place reservations free of charge, in person or via the online catalogue.

Customers can also place a request for an item not currently in stock, to be purchased as one of their two reservations.

The Library Service is not offering an Interlibrary Loan service at the present time.

For details on the library services currently offered in Pembrokeshire, please view https://www.pembrokeshire.gov.uk/libraries-and-culture 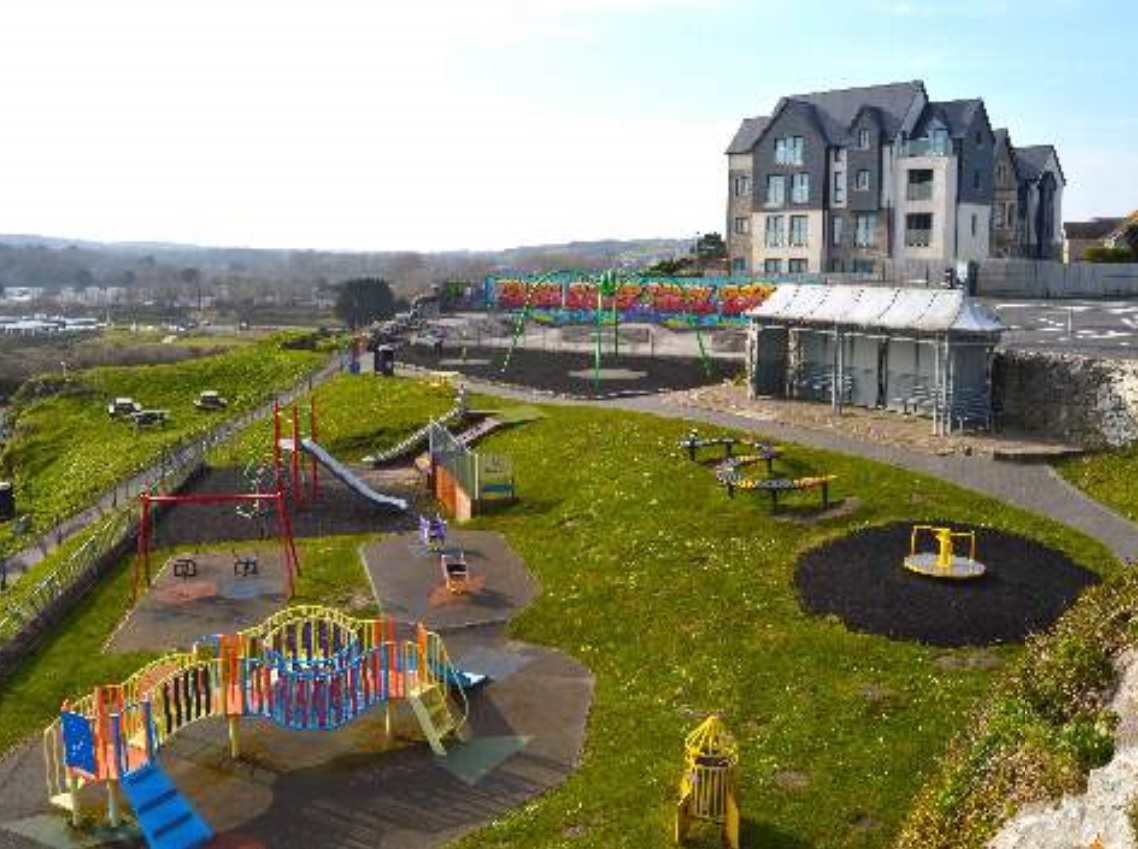 Off-duty lifesavers were lost but ready to react 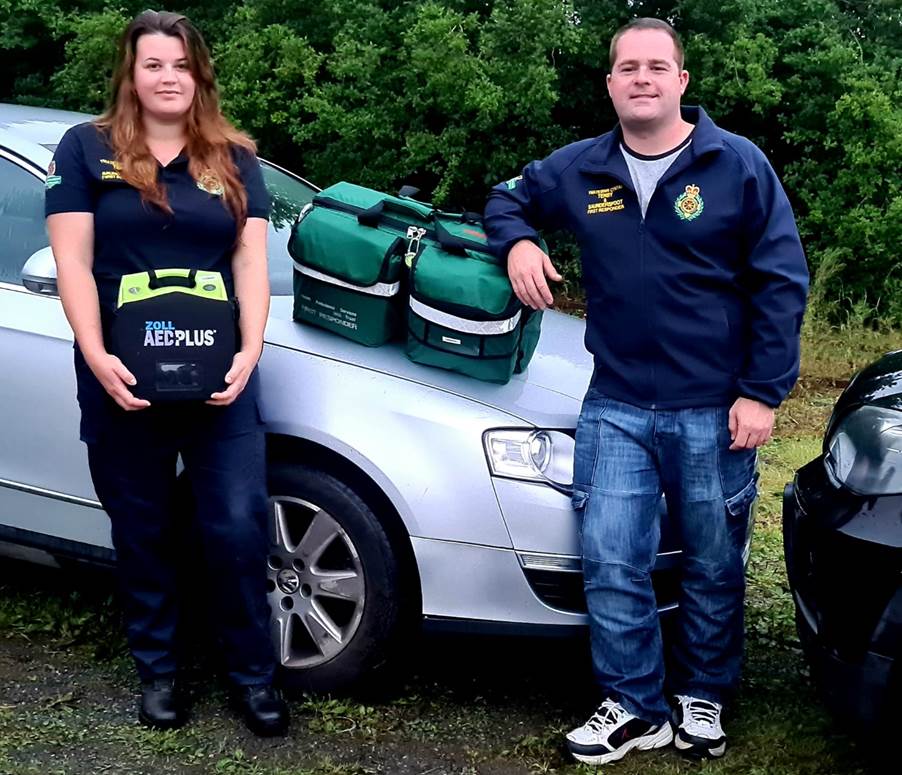 A PEMBROKESHIRE man whose life was saved by multiple twists of fate has praised those who stepped in during his hour of need.

Keen amateur triathlete Steven Landrey, 51, of Saundersfoot, Pembrokeshire, was out on a post-lockdown bike ride when he suffered a cardiac arrest that was to set off the incredible chain of events.

Steven said: “We were about 40km into an 80km ride when it happened.

“It was strange and lucky as only two weeks earlier I was running alone in Paris, and the night before I swam 2km alone in the sea, and during lockdown had done lots of exercise on my own.

“But that day, I had met my brother-in-law, Chris, and some friends.

“I dread to think what would have happened if I would have been alone.”

Meanwhile, just a mile or so away was off-duty Welsh Ambulance Service Community First Responder Angharad Hodgson, from Martletwy, and her firefighter partner Steve Bradfield, from Narbeth.

“We were heading to meet friends at Barfundle Beach. We hadn’t been there for a few years so were following the sat-nav in the car,” said Angharad.

“We were running late and had taken a wrong turn as the sat-nav must have frozen or lost signal.

“We decided to turn back on ourselves, and that’s when we saw Steven on the floor being worked on by Chris.”

Always travelling with their defibrillator and kit, Angharad and Steve, who is also a trained medical responder, were able to pull over swiftly and step in with their life-saving defibrillator.

Angharad, 23, said: “We put the pad on his chest and after about 30 manual chest compressions, Steven had stopped breathing and the defibrillator told us we could shock him twice.

“We did it and he came back to us, but his breathing was very sticky so we continued CPR until the air and land ambulances arrived to take over.”

Steven was taken by road to Swansea’s Morriston Hospital where he underwent emergency surgery to fit a stent into a lower left artery of his heart, which had flooded with blood and caused the cardiac arrest.

Steven is making a good recovery at home and is taking the first steps back to work in his role as a European Managing Director for Babcock Aviation, an aerial emergency services business.

He said: “I’m working with the National Cardiac Referral Scheme and also a personal trainer and am feeling well and getting strength back every day.

“With my work, I have seen emergency care provision across Europe and Canada and the care I received at every step of the way here in Wales has been world-class.

“I can’t thank Chris, Angharad, Steve, the air ambulance crew and the paramedics enough, along with the doctors and surgeons at Morriston, they were all amazing.

“I realise everything went my way that day, and for those few hours I was the luckiest man alive, but having these trained people in our communities to support emergency medical services is absolutely vital.

“Community First Responders like Angharad, CPR training and Public Access Defibrillators really do save lives and are to be respected.”

Glyn Thomas, the Welsh Ambulance Service’s Community First Responder Officer in Mid and West Wales, said: “The prompt actions of Angharad and Steve were no doubt a major factor in the patient’s survival.

“We wish Steven a smooth recovery and all the best for the future.”

Today is Restart a Heart Day, a national initiative run by the Resuscitation Council UK, British Heart Foundation, St John Ambulance and the ambulance services across the UK to promote education around Cardio Pulmonary Resuscitation (CPR).

In the absence of physical events due to the Covid-19 pandemic, the Welsh Ambulance Service is encouraging people to watch a video by Resuscitation Council UK and keep an eye on social media from partners like Save a Life Cymru who are promoting key messages such as early recognition of cardiac arrest, early CPR and early defibrillation.

Restart a Heart Day runs parallel to the Trust’s month-long Shoctober campaign which aims to educate primary school children on the benefits of getting confident with CPR – even making this brilliant animated video.

Angharad, who also works for the local authority’s social services team in Pembrokeshire, has been a Community First Responder since April 2019 and was inspired to make that brave step by another incident back in 2018.

She said: “I was driving home from shopping along the A40 in Carmarthen when I came across a terrible car accident on the opposite carriageway.

“I pulled my car over and crossed the road to try and assist without any thought process really.

“Seeing the work of the paramedics on scene really spurred me on to become a Community First Responder.

“I’d like to thank Tony Wall who is my CFR Co-ordinator for being so supportive and giving so much of his time to fundraise for life saving equipment such as defibrillators in local communities.”