WELSH football teams, fans and schools are being asked to remember the First World War during ‘Football Remembers Week’ and to help create a unique photographic record of football a century on from the Christmas Truce. The Football Association of Wales (FAW) is joining with British Council Wales to help players and fans commemorate what took place on Christmas Day 1914 in Flanders, Belgium, when soldiers from both sides of the conflict laid down their arms to celebrate Christmas – with some even coming together to play games of football.

The FAW’s campaign will be led by the Corbett Sports Welsh Premier League sides and the invitation to participate will also be extended to all of the association’s affiliated leagues. During Football Remembers week, December 6 -14 , players are asked to pose together in a group photograph as a mark of respect to those that played in the 1914 Christmas Truce match. Teams can then post their photographs on social media using the hashtag #FootballRemembers and the pictures will be automatically uploaded to a dedicated website via social media.

Director of British Council Wales, Jenny Scott, said: “Photos from any football match of any size can be uploaded, from school to Sunday league fixtures, five-a-side matches to kickabouts in the back garden. The website will act as a moment of record of football in 2014, a century on from the First World War, and will be preserved for future generations.

We hope to see many photographs from Wales uploaded on the site as commemoration of World War 1. The Christmas Truce is a poignant story that reminds us of the power of sport to cross boundaries and to make international friendships.” Gwyn Derfel, Corbett Sports WPL Secretary, said: “On November 17 the Wales international squad visited Artillery Wood Cemetery in the village of Boezinge near Ypres to pay their respects.

1307 soldiers are buried there, many of them are Welshmen. “The FAW is pleased to participate in the Football Remembers project and it is believed that a number of Welshmen were involved in the historic football match. “Local reports in Ypres suggest that the 1914 Christmas truce was started by a Welshman; William ‘Blackwood’ Jones who held up a copy of the local Pontypool newspaper as a white flag to start it all and that a Welsh regiment played in the match.” 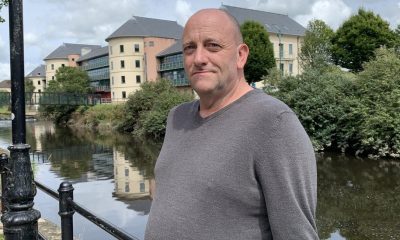