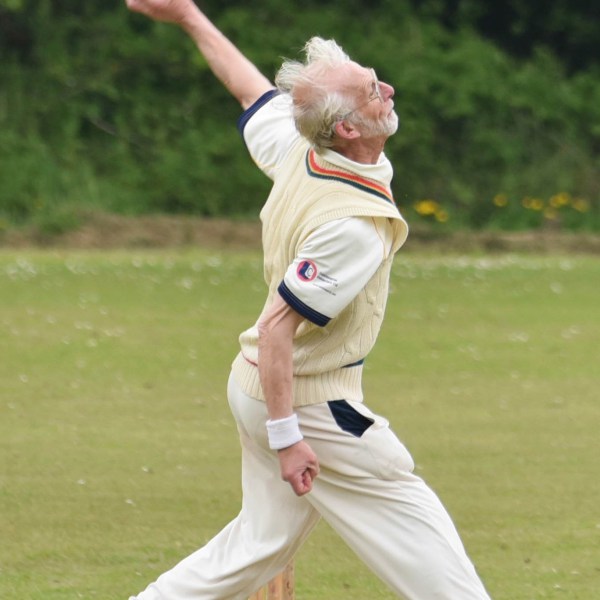 LLECHRYD left arm opening bowler Peter Betterley, one of Pembrokeshire’s most senior players, has been selected by the England & Wales Cricket board to tour Australia during the winter.

He will be part of a 17 player touring party that will play a Test match series over five games down under at some of the World’s most prestigious Test grounds, Sydney, Perth, Melbourne, Adelaide and Brisbane.

As part of the over 70’s side, captained by Martin Pearse [Norfolk] Peter will become the third Welshman after Ron Waldon [Merthyr Tydffil] and former Glamorgan wicketkeeper Mark Wallace’s father Ryland [Abergavenny] to be chosen to represent the England & Wales Cricket Board on an overseas tour.

A left arm opening bowler Peter has plied his trade previously with Cardigan and Bronwydd, in the South Wales League coming to play at the RDM Oval in 2011 and his selection has naturally made the club very proud. Club spokesman Scott Thomas highlighted ‘how well Peter had bowled this season for the Club’s first eleven in the second division of the Pembrokeshire League, where he has taken 33 wickets at an average of 11.33 from the 175 overs he bowled [66 maidens].’.

Peter’s season best bowling figures of 4-18 was achieved during the second round of fixtures last season on Sunday (April 23) when his side beat Carew 2nds by 93 runs and it is performances like this which have caught the selectors eye, coupled with playing for Wales in the ECB Senior Championship games.

Not renowned for his batting prowess, he admits he has no ambition to bat higher than number 11 and last season he strode to the crease on six occasions, to be dismissed only twice, albeit accumulating 3 runs all season!

Hailing from South Nottingham, he played his early cricket in the East Midlands before migrating to Wales in 1980, where he had established a fleet of factories.

Firmly ensconced in the Ceredigion landscape with his wife Sue, they have two children living locally, Lara and James with the bonus of also enjoying the company of their four grandchildren.

Currently a member of the Pembrokeshire County Cricket Club Executive, Peter has been a long standing administrator for Cricket Wales, primarily supporting the use of the ECB ‘Play Cricket’ technology but can often be found alongside ‘comrade in arms’ Wil Newell tending to the ground at the RDM Oval, Castell Malgwyn.

Beyond the five test ‘Ashes’ series down under, where the opponents wear the traditional baggy green and blazer with equal pride as current Cricket Australia skipper Steve Smith’s side, the touring party will also play five ‘state’ games and numerous friendlies.

Dewi Davies, another stalwart of the Llechryd Club who also plays alongside Peter for the XL Wales side said he was ‘delighted’ on his selection as it puts the name of Llechryd on the international stage.

He added: “The Aussies don’t know what they are letting themselves in for as he is a composite ‘cricket anorak’ but this Ashes tour is just as much a reward for his wife Sue as it is for Peter,” he finished saying with a chuckle.

The best wishes of all associated with cricket in Pembrokeshire goes with Peter on his Aussie adventure.