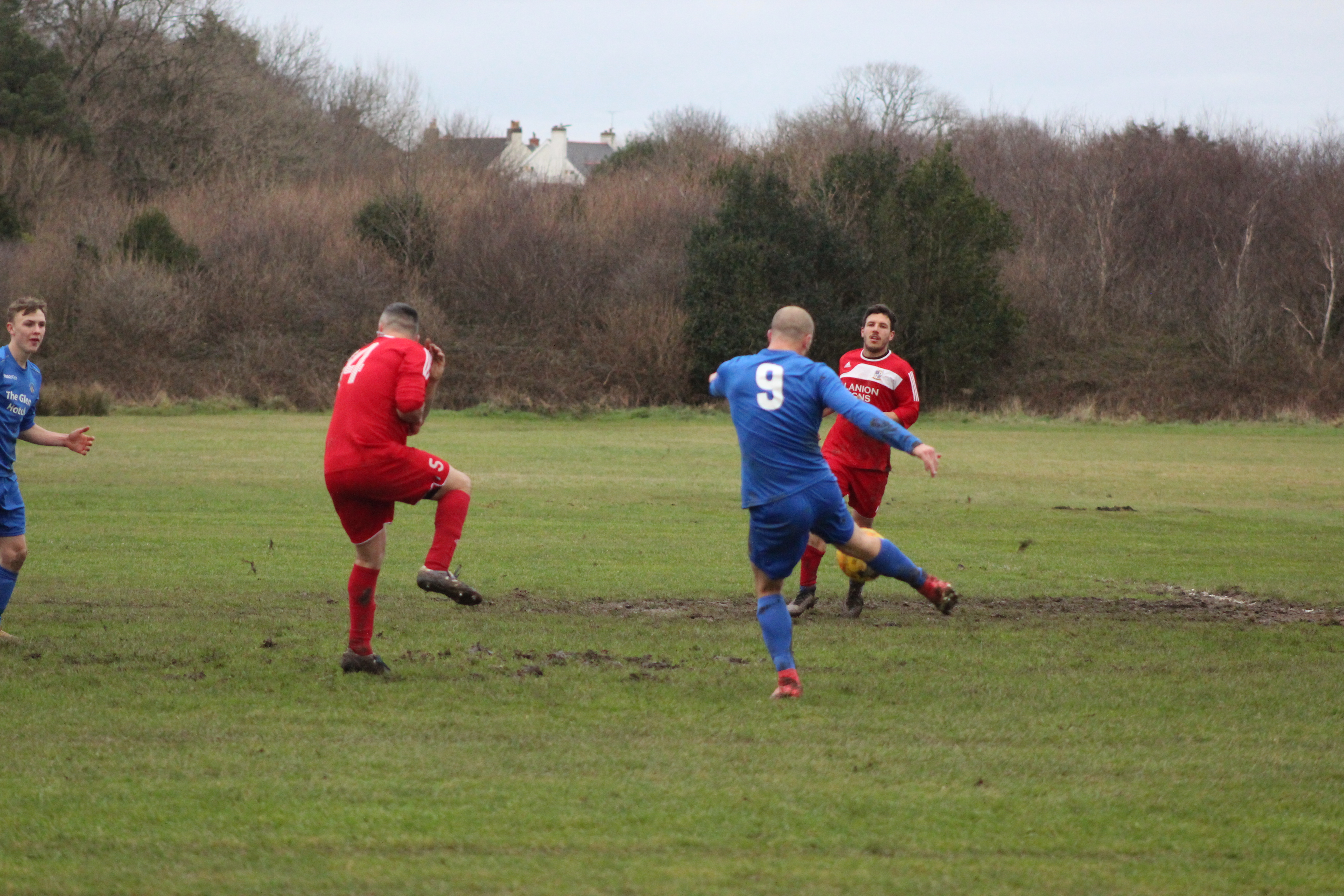 MERLINS Bridge proved too strong for Monkton Swifts as they ran out 4-0 winners on Saturday (Dec 9) to extend their unbeaten run to nine games.

The Swifts had won their previous four matches going into this game but were unable to find the back of the net despite having a few chances.

It was the Wizards who made the better start to the match and they could have gone ahead in the first minute.

Will Haworth crossed into the box for Nathan Greene but the striker couldn’t get the ball out of his feet and Monkton were able to clear their lines.

Haworth then saw an effort go over the bar before the home side took the lead with thirteen minutes gone.

Some good work from Andrew John down the left hand side saw him run on to the half way line and the ball was then played on to Haworth who passed to the edge of the box for Ashley Beck who fired into the net to make it 1-0.

Monkton’s Jimmy Russell was then booked for dissent having been warned previously about his language by the referee.

Luke Hayward and Nathan Greene both came close to scoring a second for the Wizards but both saw their efforts fly over the bar.

Monkton also came close to an equaliser when they saw a header go narrowly over the bar and Russell also had a goal-bound shot blocked.

With four minutes to go until half time the Wizards doubled their lead as Matthew D’Ivry crossed from the right into the box for Nathan Greene who superbly volleyed the ball home from the penalty spot.

On the stroke of half time they had a third when a cross from Will Haworth bounced off the far post and with the ball there for the taking, Joey George was quickest to react to prod the ball home from close range. That goal all but ended any hopes of a second half Monkton comeback but they did well to restrict the Wizards to just one further goal.

Haworth grabbed a deserved fourth to seal the victory which sees them go above Monkton into third place.

The Wizards are now five points behind leaders Goodwick United with a game in hand.

On Saturday, December 23, Merlins Bridge face a tough game as they travel to second placed Narberth in what should be an excellent contest.

Monkton Swifts will be looking to bounce back from this defeat but they also face a tough game as they welcome leaders Goodwick United.