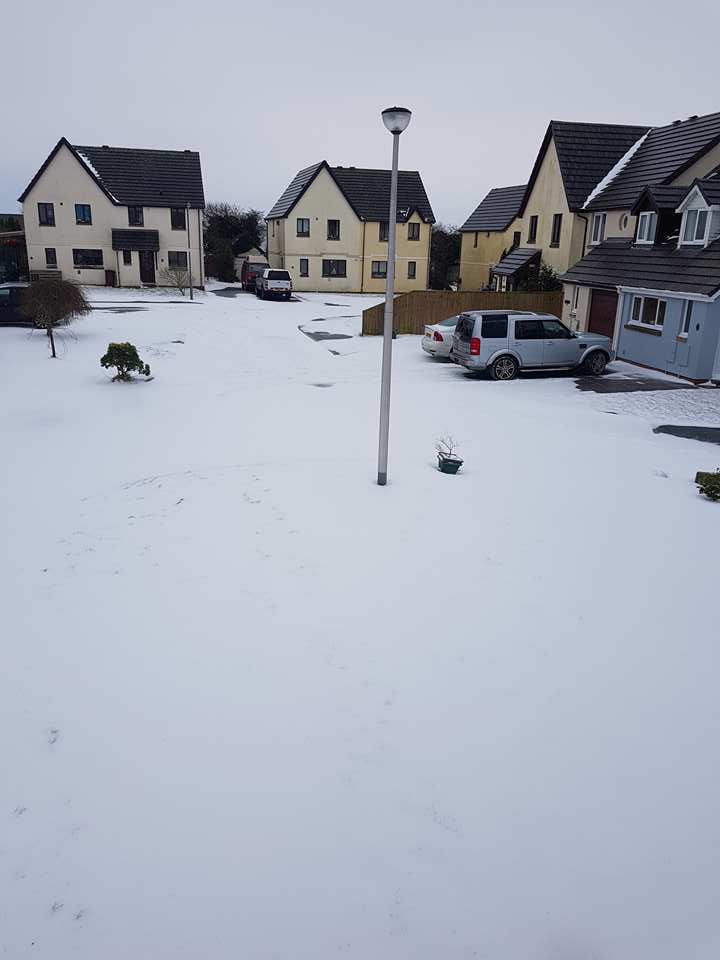 SNOW and ice may return to Pembrokeshire this Sunday (Mar 18) as a yellow weather warning has been issued for parts of the county.

The yellow weather warning excludes some of the northern areas of the county.

It is not expected that the snow will be as heavy as earlier this month.

The Met Office said: “Snow showers are likely to continue throughout Sunday, with a chance that longer spells of snow may affect southern regions for a time on Sunday.

“There is a small chance that some rural communities could become cut off. Icy surfaces may increase the risk of accidents and injuries. Significant wind chill will be another factor.

“This warning has been updated to slightly adjust the western boundary westwards.”

“Much of the snow is expected to be light but with time, there is scope for 2cm to 5 cm to accumulate at lower levels and around 10cm in higher communities.

“The snow is expected to be powdery once again and hence there is the scope for drifting in the strong easterly winds.

“Council gritters will be routinely salting and patrolling Pembrokeshire’s main routes and will attend to roads of lower classification as resources allow if conditions deteriorate.

“However with a network of over 2500km to maintain it is not possible to treat all the roads.

“The advice, as always, is to take extreme care on the roads and to avoid making journeys in adverse weather conditions.”