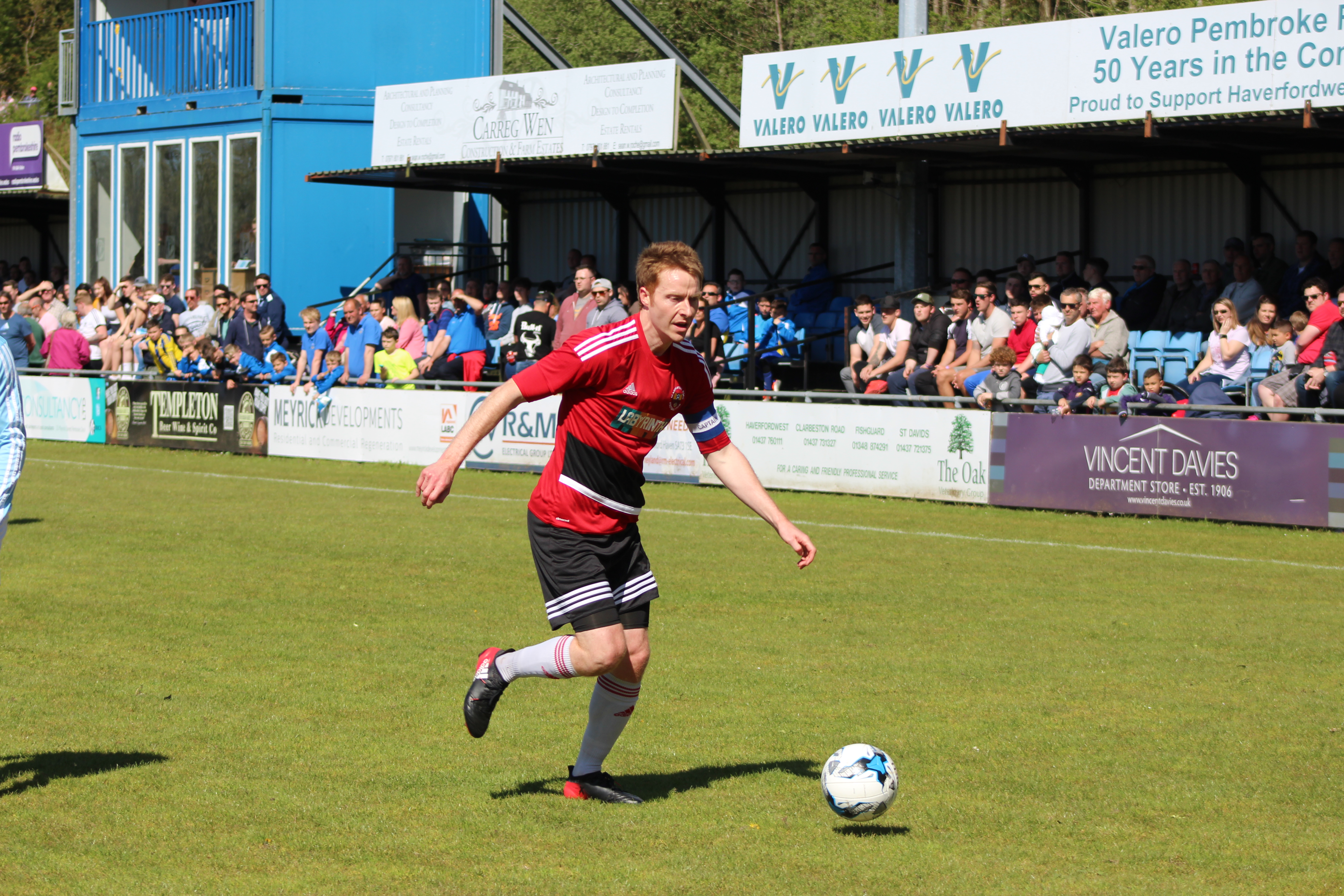 THIS Saturday (Apr 21), sees Hakin United and Clarbeston Road battle it out for the biggest prize in Pembrokeshire Football as they take to the field for the Senior Cup Final.

The game will be played at the Bridge Meadow Stadium in Haverfordwest and another big crowd is expected.

Clarbeston Road were beaten in last year’s final by Merlins Bridge but having beaten them in the semi-final, the Road will be eager to pick up the trophy on Saturday.

For Hakin, it is a first final since 2016 when they were beaten by Goodwick United and they will also be keen to regain the trophy they last won in 2012.

The two side met in the league back in October, 2017, and on that occasion it was Hakin United who came out on top with a 2-1 victory at the Obs. The Vikings come into this game top of Division 1 following a 5-2 win over Pennar Robins on Saturday (Apr 14) which saw danger man Nicky Woodrow scoring a hat trick.

Clarbeston Road eased to victory as they beat Angle 13-1 with league top scorer Jason Griffiths scoring seven of their goals.

Those seven goals put Jason way out in front with 34 goals in the league so far this season and he will be keen to get on the score sheet once again.

Path to the final

Clarbeston Road began their route to the final with a 6-1 win at home to St Clears back in September with Griffiths scoring four of the goals in that game.

That was followed by victory over Fishguard Sports in the second round thanks to goals from Mathew Davies and Josh Wood.

In the third round, Clarbeston Road overcame a determined Hundleton side with Griffiths scoring a hat trick, the third of which came in injury time.

That put them in to the semi-finals where they played Merlins Bridge in a repeat of the 2017 final.

The Bridge won that game 2-1 but on this occasion it was Clarby who went through by the same scoreline with goals coming from Tom Ruebens and Ieuan Cooke.

Hakin United began their Senior Cup campaign with a 4-1 win away to Camrose which saw Nicky Woodrow score a hat trick.

In the second round, the Vikings made it through with a 5-1 over Narberth as Justin Harding scored twice.

The quarter final saw them take on Neyland and after a tense battle, they came out on top with a 2-0 win.

That set up a semi-final with Carew but an excellent first half saw them lead 3-0 courtesy of goals from Justin Harding and Nicky Woodrow.

Carew hit back but Woodrow scored a second to send Hakin through to the final with a 4-2 win.

What the teams say?

Hakin United manager Kristian Bennet told the Herald: “The boys trained on Monday and they are ready for the game and excited for it.

“For a few of the boys it is their first Senior Cup Final and we also have a few boys that have done it before. “We will give Clarbeston Road all the respect, they reached the final last year and we only beat them by one goal in the league in October so we are expecting another tough game.

“We will be approaching the game like a normal game as we’ll meet at the club as usual on the day before heading up to the Bridge Meadow.”

Clarbeston Road’s Matthew Ellis said: “All at the club are looking forward to the game Saturday and are hoping that we can go one step further this season and lift the cup.

“We have no injury concerns and should all be fresh after a free midweek schedule.

“Our plans for the day are the same as last year, breakfast in the Cross and a bus to the ground.

“The bus is then collecting supporters from around Clarbeston Road, the support last year was outstanding. Hopefully the weather will be as good as it was last season. Club captain Jason Griffiths added: “I think as a team we should all be proud of reaching the last two finals. Last season we were huge underdogs being in the second division and only having two players with senior cup final experience but this season we are very much equals and shouldn’t be taken lightly.

“We are aware of how good a side Hakin are but having already played them in the league we can see where we can beat them.

“Everyone in the squad is very much looking forward to it and will all have huge roles to play on the day and hopefully get a memorable victory!”

Good luck to both sides and may the best team win!