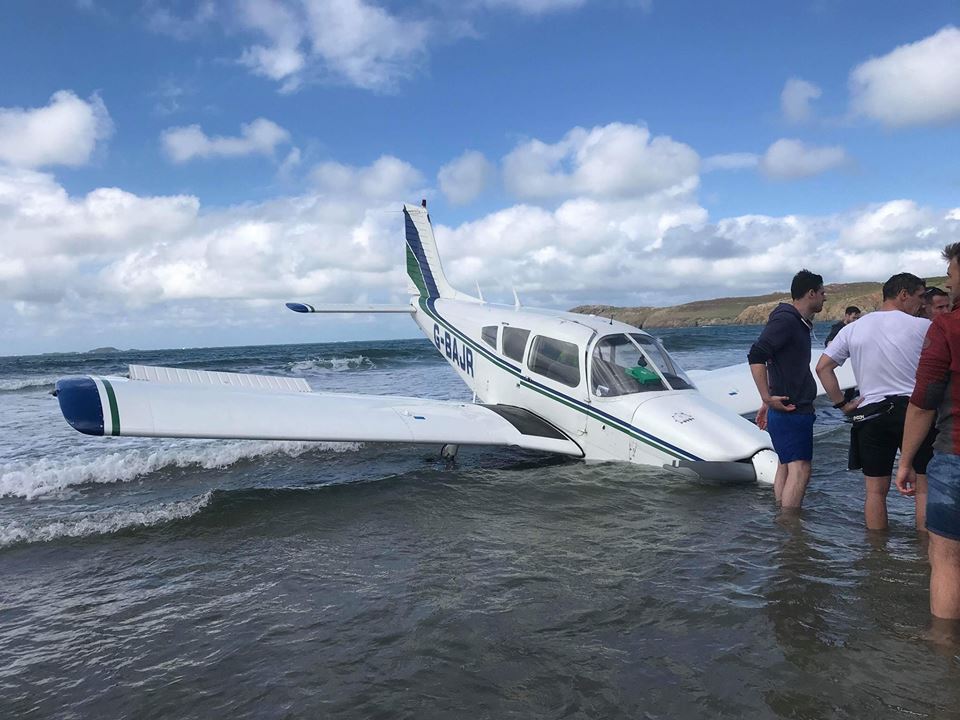 EMERGENCY SERVICES have responded to a light aircraft which has crashed into the water at Whitesands.

A number of emergency services are on scene, including the St Davids Coastguard Rescue Team, Wales Air Ambulance, Dyfed-Powys Police and the Welsh Ambulance Service.

The plane involved in the crash is a Piper PA-28-180 Challenger. It had taken off from Withbybush Airport approximately 20 minutes before the crash. The plane had originally taken off from Bedfordshire.

The Herald understands that those at the scene were told an engine failure caused the crash landing. Near the beach: The view from a nearby cliff (pic. ellarichardsonphotography.co.uk)

The pilot was the only occupant of the plane and has been recovered from the wreckage by the Whitesands beach lifeguards.

Pictures and footage on social media have shown members of the public rushing to the crashed plane in an attempt to help the pilot. Andy Carroll, Coastguard Controller, said: “The pilot sustained a head injury and is suffering from shock, he has been handed into the care of the ambulance service.”

A spokesperson for the Welsh Ambulance Service said: “We were called at approximately 1.20pm today (Tuesday September 4, 2018) to an incident at Whitesands, St Davids, Pembrokeshire. We responded with one emergency ambulance and an air ambulance.”

Ian Price, owner of the St Davids B&B, told the BBC: “I arrived at the beach after the crash happened and there was a lot of emergency services there – coastguard, police, ambulance.

“I don’t know if it was just one pilot in the plane but someone was being carried out by the lifeboat.

“It’s lucky it wasn’t a week ago when the beach was much busier over school holidays. Today it’s been quite windy so there weren’t as many people around.”

Also talking to the BBC, Sophie Williams, a cafe worker at Whitesands Beach, said: “He is very lucky to be alive. If he had gone a couple of hundred yards further he would have smashed into the cliffs.

“At any other time of this summer the beach would have been packed – it’s lucky the school holidays are over and there were not more people in the water.

“The first people who got to him were two walkers. He told them he had suffered engine failure.”

Luke said: “I looked over and saw that the plane was only five metres from the water so it was obvious what was happening. We were the first responders and ran down to the scene with our trauma bag.

“The plane was sitting in very shallow water, and the wheel had come off, but the shell was intact. The pilot was badly shaken and had some facial and head injuries, but was still conscious and able to communicate.

“We assessed him and then were able to help him up the beach back to the lifeguard unit where we gave him oxygen and waited for the ambulance to arrive.

“The plane made quite a splash when it came down but luckily it was pretty quiet on the beach and in the water, so there were no injuries to anyone else.”

RNLI lifeguard supervisor Sam Trevor added: “The team responded very quickly, all three are experienced lifeguards but you’re never sure what to expect from an incident like this.

“Mylo was actually off-duty but they all did a really professional job – it took a bit of courage to approach that scene, but the RNLI lifeguards at Whitesands were professional as always.”

Green Acres ask for support as they treat ill puppy 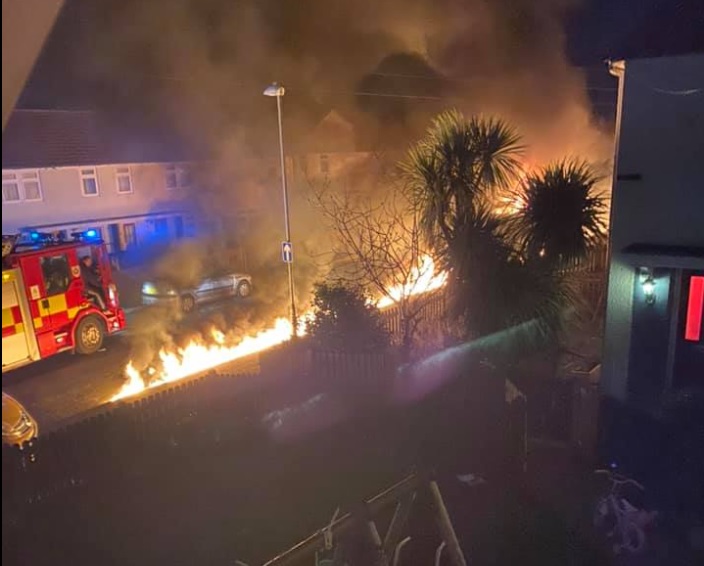