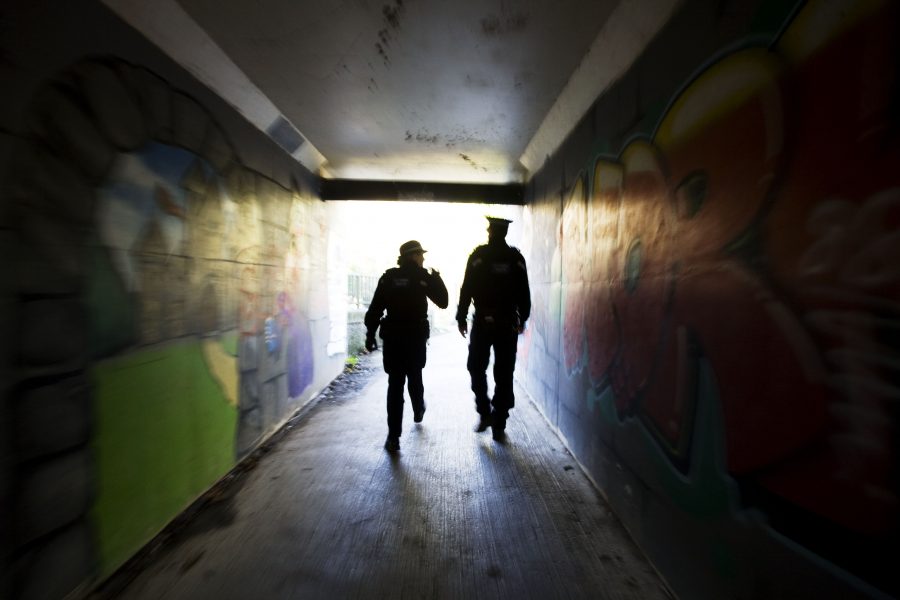 DYFED-POWYS POLICE is cracking down on illegal possession of knives as part of Operation Sceptre, a national a week of action that runs from September 18 to 24.

The aim of the week is to increase awareness about the dangers of carrying knives and the laws around buying and selling knives and blades.

Knife amnesty bins will also be placed around the force area for people to hand over knives or blades.

Using intelligence, officers will target people who think its ok to carry a knife in public, and action will be taken if anyone is found with one in their possession without a valid reason for carrying it.

The force wants to educate people about the laws surrounding buying and carrying knives and will be working with partners such as Trading Standards and Crimestoppers to combat the issue.

Superintendent for specialist operations Craig Templeton said: “Carrying a knife is a crime which brings that added risk that a minor issue can escalate into something much more serious and potentially life changing.

“The damage caused by knives, not just to the victim and their families, but also to the wider community, can be devastating. We will be doing all we can to spread the message that carrying a knife is not ok.

“We are keen to reach out to members of the public who may have information about knife carriers, and I would encourage anyone with information to have the confidence to come forward and report it by calling 101.”

During the week, officers will be using their powers to stop and search individuals who are believed to be carrying knives. Educational visits to schools, colleges and youth clubs are also planned, to raise awareness of the dangers of carrying knives among young people and their teachers.

Shops and businesses are being asked to put in robust controls on the sale of blades, such as kitchen knives, as part of the operation.

Supt Templeton said: “While Dyfed-Powys has not experienced the high volume of knife-related incidents seen in other forces, we will be supporting our police colleagues nationally by taking part in Operation Sceptre.

“We will work with residents, partner agencies, the business community and schools to reduce the number of knives on our streets.”

A knife amnesty will run from Tuesday, September 18 to Monday, September 24, with amnesty bins located at certain police stations around the force. No questions will be asked at the point of surrender, and no paperwork will be taken.

For more information about Operation Sceptre and the laws around carrying knives, visit www.dyfed-powys.police.uk.