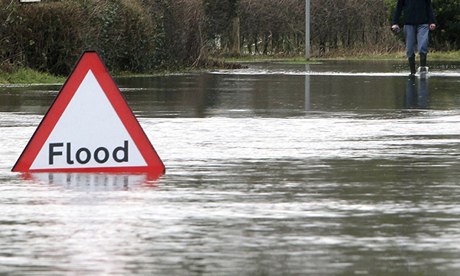 NATURAL RESOURCES WALES is reminding people to stay vigilant as heavy rain will continue to affect parts South Wales, and in particular Pembrokeshire and Carmarthenshire on Friday (9 November).

Significant river and further surface water flooding impacts are likely in West Wales as heavy rain is forecast to fall this afternoon on already saturated ground, which could lead to some localised flooding and disruption to travel.

Pembrokeshire was worst hit on Thursday (8 November) as the amount of rain combined with leaves and other debris blocking drains causing flooding of road surfaces and properties.

The Mid and West Wales Fire Service crews were called to action to flooded properties, and some businesses and garages were inundated by flood water across the county. Pumps were used in Lower Priory, Milford Haven try to reduce the level of the pill below Lower Priory during the high tide, and Fire Service and Police were on hand to assist residents affected by flooding.

NRW has issued four flood warnings for the Haverfordwest and Solva areas, and these remain in force.

Officers from NRW will be monitoring forecasts closely and may issue further warnings, and teams are continuing to check that flood defences are in good working order and that rivers are clear of debris which could restrict river flows.

People are advised to take care near fast-flowing and swollen rivers and not to drive through flood water.

“We’re asking people to take care and regularly view our flood alerts and warnings, updated every 15 minutes on our live flood warning map available on our website.

“With more wet weather forecast it is also advisable to check local weather reports and news for any disruption in your area and leave extra time for journeys.

“If you want to find out if you are at risk of flooding or want to sign up for our free Flood Warning Service, please visit our website or call Floodline on 0345 988 1188.”

Pembrokeshire County Council has also warned property owners in Haverfordwest to be prepared for the possibility of more flooding tonight.

A council spokesperson said: “Predicted heavy rainfall this afternoon and evening is expected to significantly increase the level of the River Cleddau running through the town.

“Quay Street and the Riverside – including County Hall – are expected to be most at risk along with Prospect Place and properties in the vicinity of Cartlett Brook.

“Four flood warnings are currently in place in Pembrokeshire at Solva and nearby Middle Mill and for the Western Cleddau at Merlins Bridge and Riverside, Haverfordwest.

“Last night six cottages near the Havenshead retail park in Milford Haven were evacuated due to flooding as were four properties at Lower Priory on the outskirts of the town.

“The town’s library on the retail park is closed today and other businesses nearby have been advised of the risk of further flooding. Pembroke library is also closed today.

No show charity shop woman is in Turkey, court hears