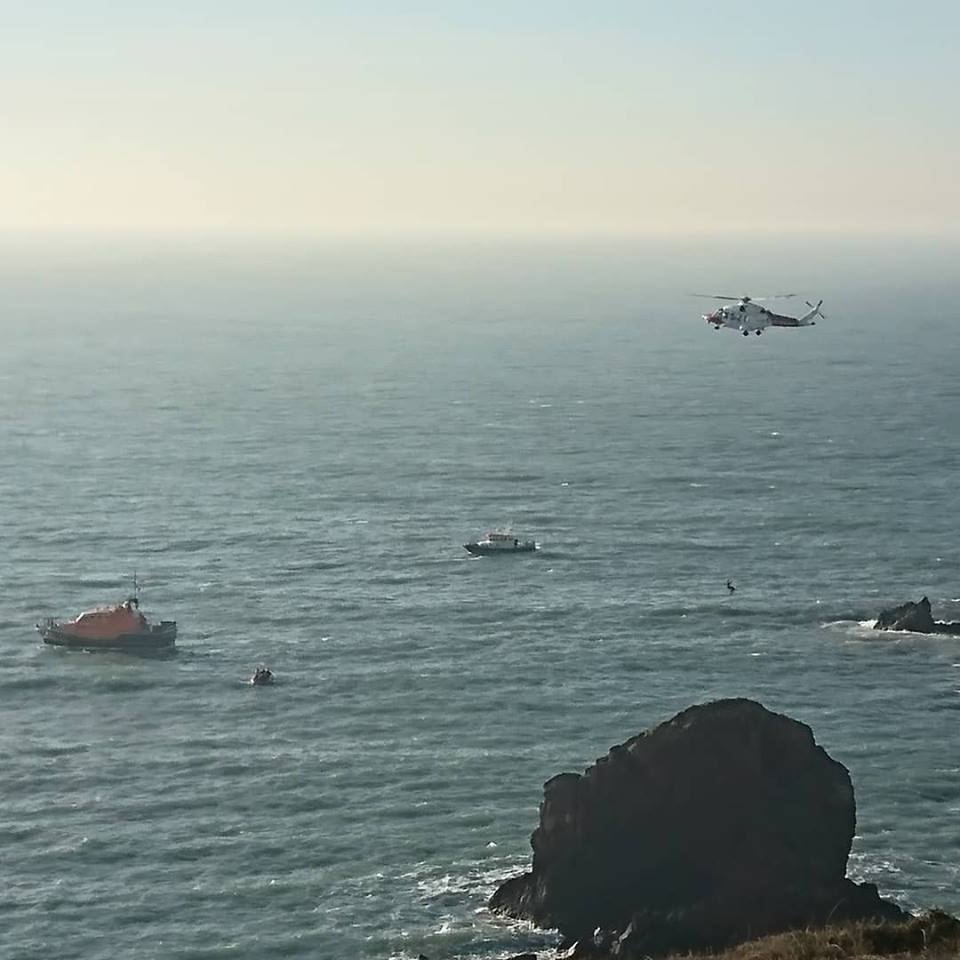 A MULTI AGENCY rescue operation took place this morning after a yacht ran aground off Gateholm Island.

Angle Lifeboat, Little Haven Lifeboat were launched to aid the stricken vessel. On land, Broad Haven Coastguards and Dale Coastguards were dispatched to the scene to prepare an impromptu helicopter landing zone for the Coastguard chopper Rescue 187.

The rescue operation was co-ordinated by the Coastguard HQ in Milford Haven.

A statement on Dale Coastguard Facebook page said: “Casualty was successfully winched aboard helicopter and transferred to our care at the helicopter landing site.

A spokesperson from the Coastguard agency said: “A skipper wearing a life-jacket has been rescued by the St Athan Coastguard helicopter after jumping onto nearby rocks when his yacht sank earlier today.

“Just after 8am today HM Coastguard received a VHF Mayday broadcast on Channel 16 from the skipper of the 31ft yacht suffered engine failure and hit rocks outside Gateholm, near Milford Haven.

“HM Coastguard immediately issued a Mayday relay broadcast in the area requesting assistance from other vessels in the area.

“The skipper, who was wearing all the right kit including a life-jacket, managed to clamber onto nearby rocks just before his yacht sank.

Robert James, from HM Coastguard told The Herald: “Thankfully, the skipper was wearing all the appropriate safety gear including a lifejacket, which no doubt would have aided his survival should the worst have happened and he ended up in the water. He was also able to raise the alarm on the VHF radio which enabled us to send help very quickly to him.

“Remember, if you’re going out on the water, make sure that you take a good method of communication with you. On a boat a VHF DSC radio is ideal, and a mobile phone in a sealed plastic bag is a good back up. Call 999 and ask for the coastguard in an emergency at sea, and of course wear your life-jacket. This could have been a very different outcome today had he not been wearing his lifejacket and we commend his actions, which have assisted in saving his life.” Cwm Gwaun: Fire breaks out at The Dyffryn Arms