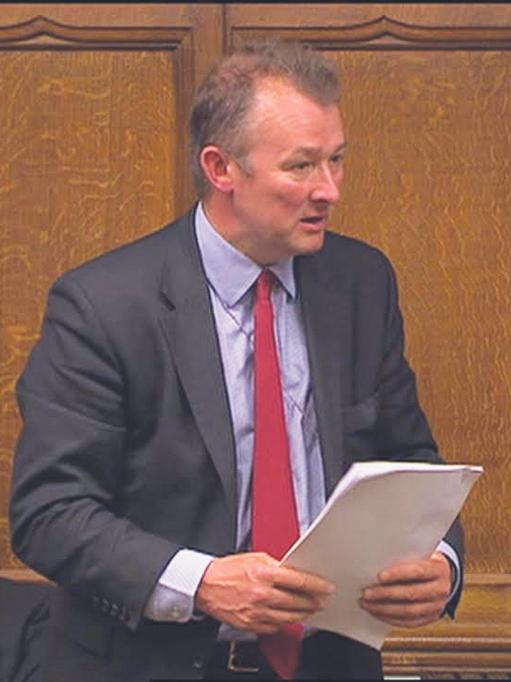 LOCAL MP, Simon Hart, is among the signatories to a motion proposed for debate by the Commons on the future of the UK’s relationship with the EU.

Mr Hart, who backed remain in the Referendum but is co-chair of the backbench Brexit Delivery Group, has signed a motion supported by prominent Conservative remain-supporting MP Nicky Morgan.

Their signatures are joined by those of Jacob Rees Mogg, Iain Duncan Smith, former DExEU Minister Steve Baker (all of the ERG) and the DUP’s Nigel Dodds.

The range of support for the motion, covering almost every side of the Conservative Party, appears to countenance the possibility of a managed ‘no deal Brexit’.

Writing on his Facebook feed, Mr Hart said: “After the vote last night I met with the Nigel Dodds of the DUP, European Research Group (ERG) inc Steve Baker and Jacob Rees Mogg (by phone) and other colleagues including Kit Malthouse, Nicky Morgan, Ian Duncan Smith and Damian Green, to try and find a solution to the Brexit impasse. We have come up with an amendment (below) that we hope will be selected today and voted on. The Gov has confirmed it will be taken on a free vote, so no whipping.

“For the first time, we have all the interest groups on the same page.

“What does it do?

“1) defers our leaving date briefly until May 23rd enabling us to get the legislation we need in place. 2) retains the ability to settle a deal but failing that prepares for a final no-deal cut off in Dec 2021. 3) enables proper planning for that possibility. 4) keeps the door open for a deal in the meantime. 5) demonstrates that there is a solution that we can agree on, honours the referendum outcome and protects the interests of concerned remain voters and businesses.

“My intention is, therefore, to vote against a no-deal exit on March 29th (now just 12 days off and for which we are simply not prepared) because this amendment maintains the no-deal option.”

If the motion is selected for debate by the Speaker, which bearing in mind the range of support is likely, it will face the Commons tonight (Wednesday, March 13)

Bridge tickets will be refunded