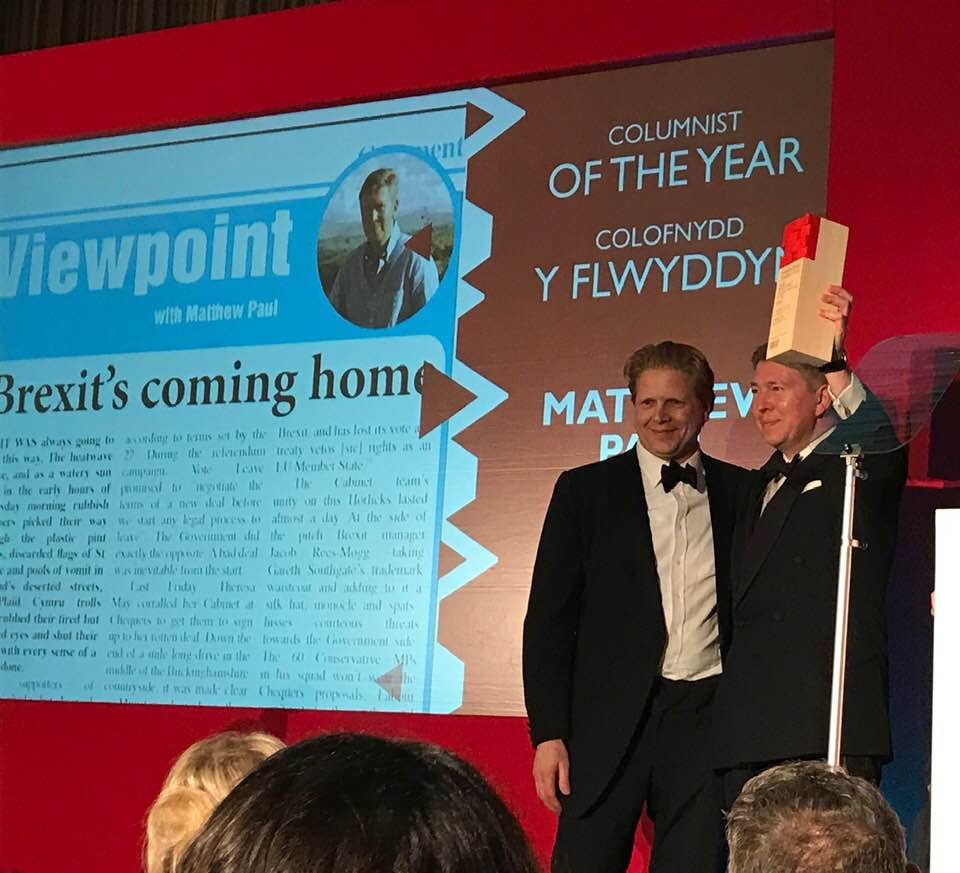 THE WALES MEDIA AWARDS took place last Friday (Mar 22), with Matthew Paul winning Columnist of the Year for his work at The Herald.

Held at the Mercure Holland House Hotel in Cardiff, the Wales Media Awards aim to celebrate and promote journalism in Wales. The awards are now in their sixth year, and act as a fundraiser for the Journalists’ Charity in Wales, which helps journalists and their dependants with advice, grants and other forms of financial assistance. The Wales Media Awards are judged by senior and respected journalists who are completely independent of the awards organisers and the Journalists’ Charity.

The judges look for entries which are compelling, revelatory, in the public interest, informative, exclusive, and/or entertaining, and take into account the level of journalistic skill, professionalism and effort employed to bring new information to light, or the efforts (ethically and legally) the journalist has taken to bring their story to life. The awards are open to all journalists, photographers, camera operators, video journalists, freelancers, student journalists, bloggers and vloggers who work in Wales.

Describing Matthew Paul, the Wales Media Awards website reads: “If local – as opposed to regional – journalism is to survive it is through columns like this. Hard-hitting, insightful, these articles surely set the tone for many a weekly argument among its readership. Matthew campaigns on a range of issues, from the way the local authority hounded a blogger who criticised them, to keeping a close eye on Vladimir Putin and Donald Trump. Stories that hit the nail on the end better than any so-called Fleet Street Thunderer, said the judges, who concluded that just because you’re local, it doesn’t mean you can’t take on issues of import from around the world.”

Among the other 22 awards handed out on Friday, Outstanding Contribution was won by Gilbert John, for his long career as a reporter at BBC Cymru Wales. A full list of the winners can be seen on the Wales Media Awards website at: https://www.walesmediaawards.co.uk/home

Brexit: MP’s fears for Valero over ‘No Deal’ petroleum tariffs