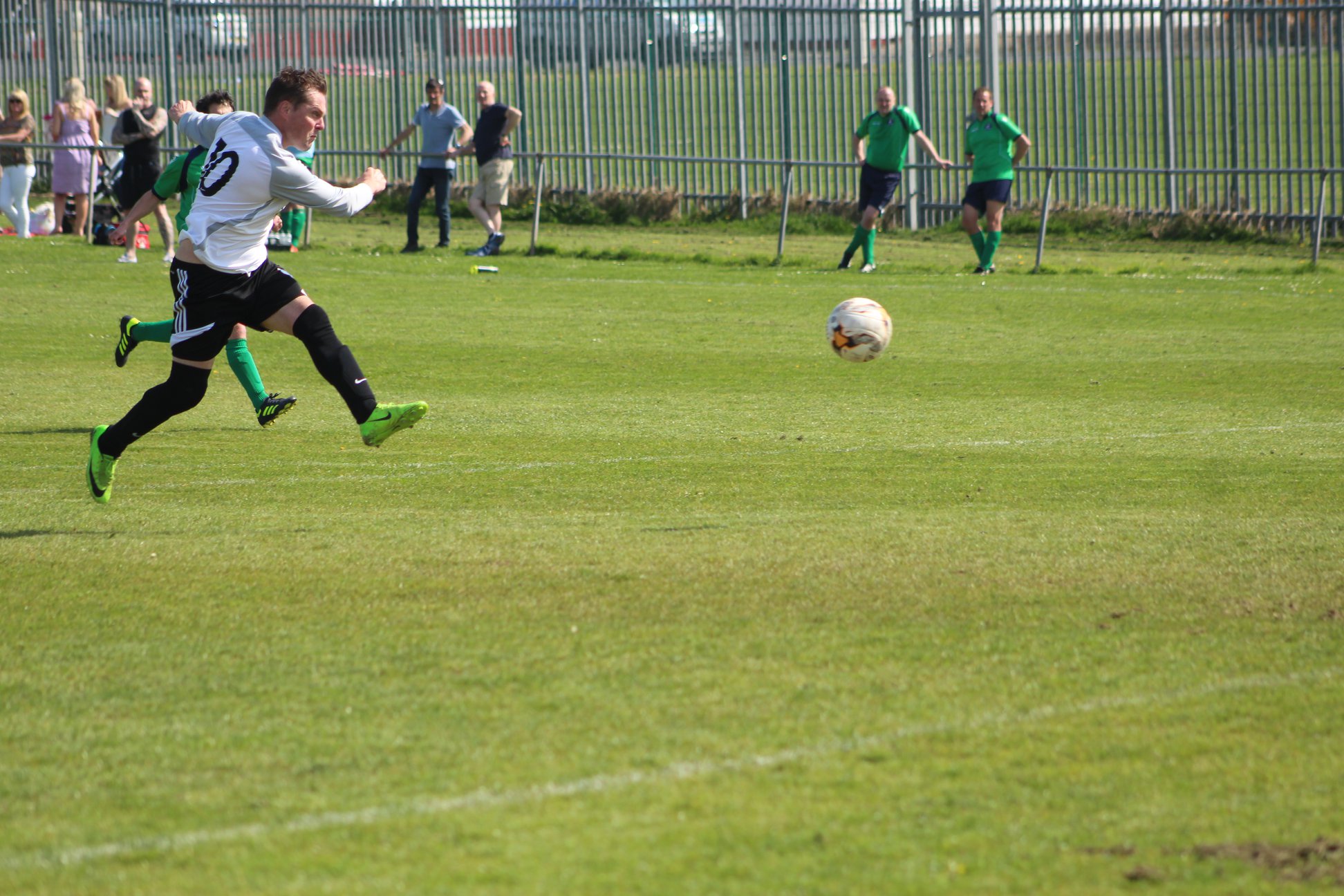 HAKIN United Over 40s have reached the Welsh Veterans Cup Final for the second successive season following a convincing 5-0 victory over Swansea Uni at the Observatory last Sunday (Apr 21).

The Vikings will play Cardiff Corinthians or Trefelin BGC in the Final at the CCB Centre for Sporting Excellence in Ystrad Mynach on Sunday, May 19.

On a very sunny Easter Sunday afternoon, the Veteran Vikings looked like a team with a point to prove after the disappointing result the previous week. Midway through the first half, Michael McCarthy opened the scoring from the penalty spot after Leighton Edwards had been fouled inside the penalty area.

Shortly afterwards, Shaun Mills made it 2-0 following some great work down the left by Michael Cooper.

The Vikings got the crucial third goal on the hour mark as Leigh Walters played a ball over the top of the Swansea Uni defence for Matthew Price to run onto and volley into the bottom corner. Leighton Edwards set up Michael McCarthy to volley in number four and Paul Jones beat the offside trap to confidently score and make it 5-0 to the Veteran Vikings.