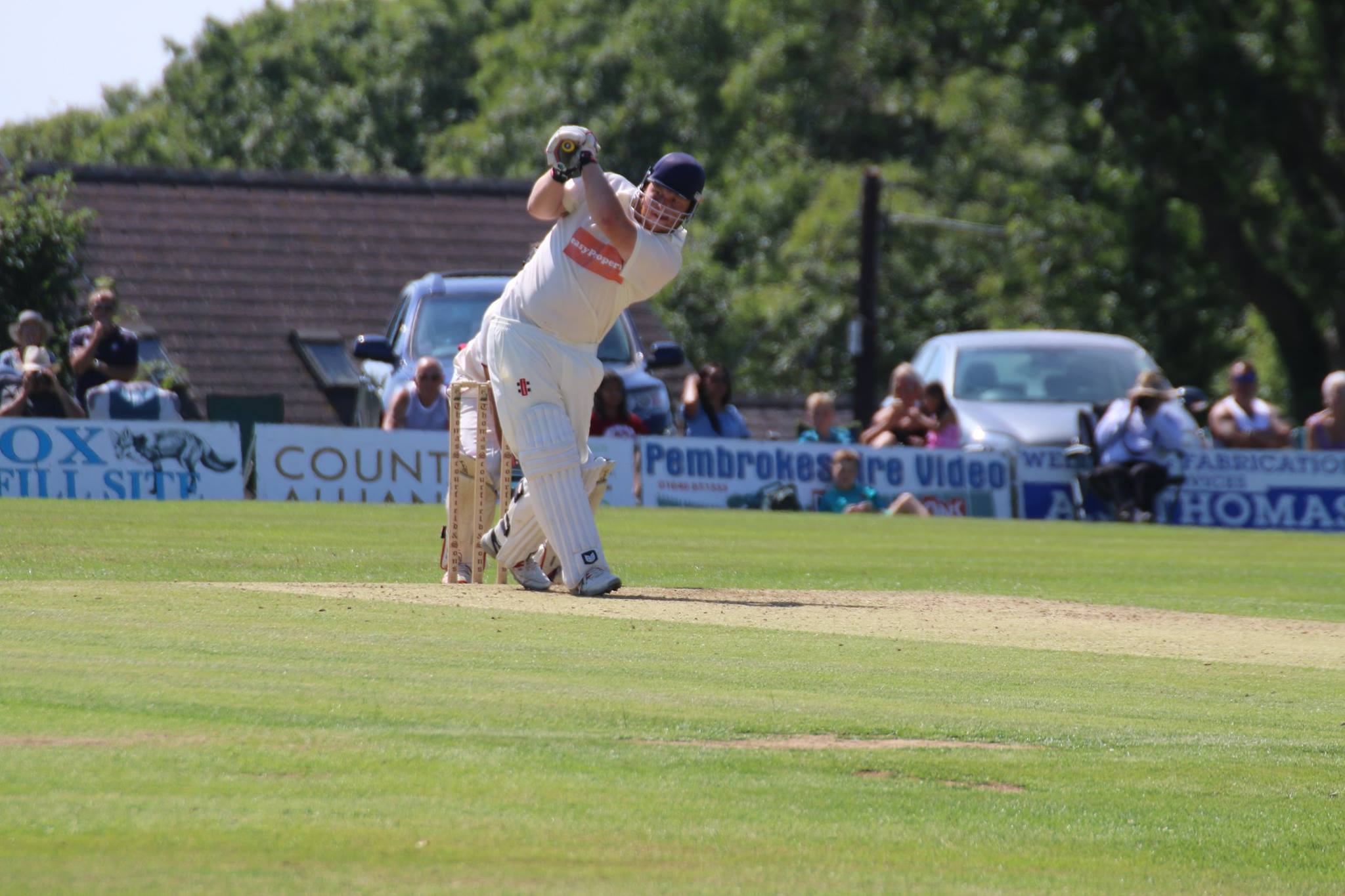 LAWRENNY lead the Division 1 table after the first round of games following their eight wicket win over Whitland on Sunday (Apr 28).

Lawrenny won the toss and put Whitland into bat and the home side bowled their opponents out for 179.

Harry Thomas then scored an unbeaten century to help his side to an emphatic win.

Ryan Morton made the breakthrough as he bowled Bowen on a score of 28 which included one four and two sixes.

70-1 soon became 70-2 as Harry Thomas had Blain caught by Steve Campbell on a score of 41 which included seven fours and one six.

Paul Davies had hit five fours and a six in his knock of 42 but he was then bowled by Thomas.

That left Whitland on 128-5 and wickets continued to fall at regular intervals.

Geraint Jones hit a quickfire 21 from 16 balls with three fours and a six but he was then bowled trapped leg before by Thomas.

Martin Thomas was then out for a score of 7 as he was bowled by Brad McDermott-Jenkins and Thomas returned to claim his fourth wicket as he had Nathan Evans caught by Patrick Elliot.

Rob Williams then picked up a wicket as he had Gethin Scourfield caught by James Skeels on a score of ten.

McDermott-Jenkins then claimed his second wicket as he had Wayne Howells caught by Skeels and Whitland’s innings came to a close in the 44th over.

Lawrenny made an excellent start to their reply as openers Thomas and James Phillips shared 173 runs for the first wicket to all but seal victory.

Phillips hit ten fours in his knock of 69 before he was eventually bowled by Dylan Blain.

Blain then had McDermott-Jenkins caught and bowled on a score of three but it was too little too late for his side.

Thomas carried his bat, hitting 18 fours and a six in his knock of 109 from 124 balls, to see his side to victory.

On Saturday (May 4), Lawrenny are away to Carew while Whitland are at home to Haverfordwest.