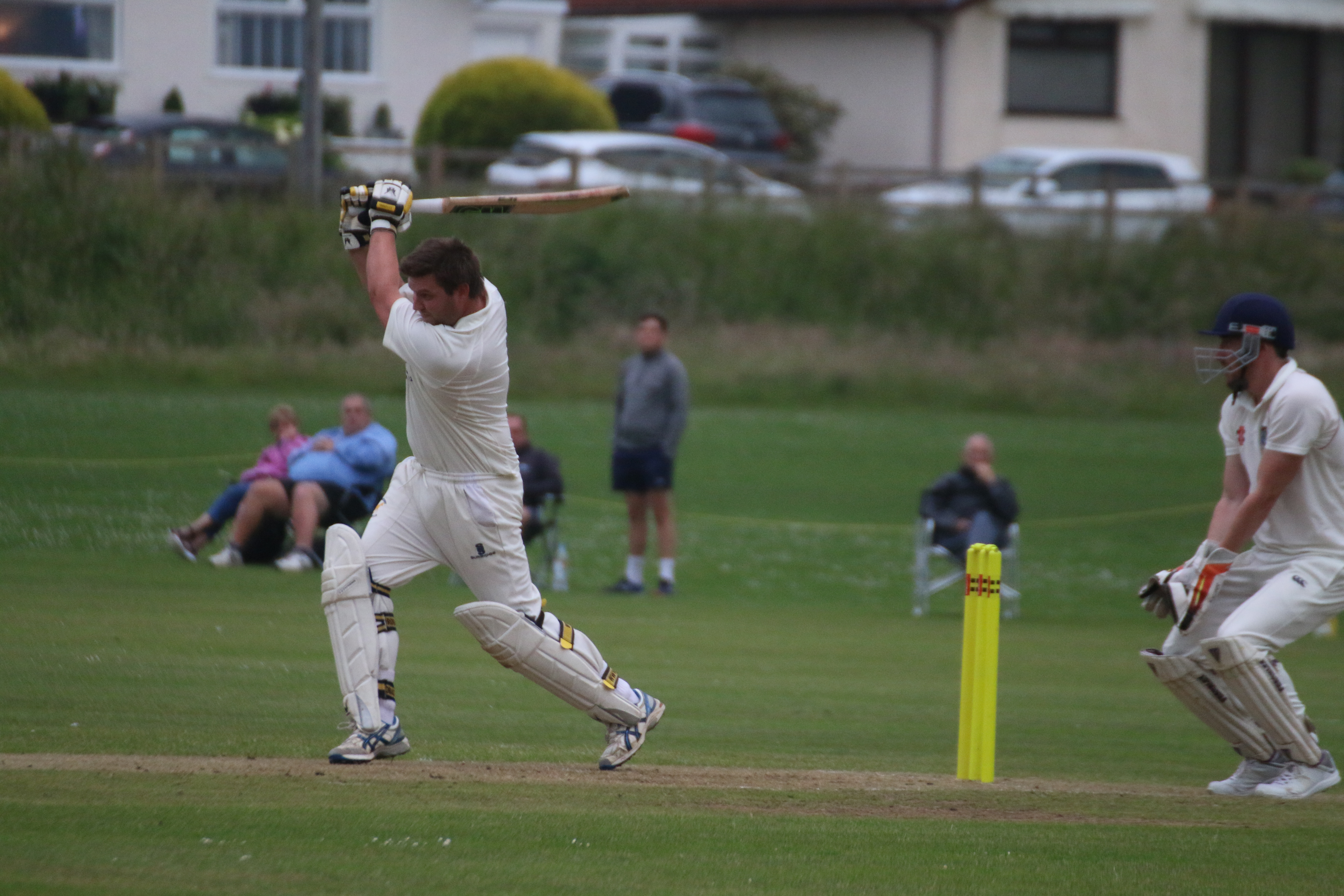 LAWRENNY made it through to the final of the Duggie Morris Cup on Tuesday (Jun 25) as they beat Whitland by three wickets in Kilgetty.

Whitland were asked to bat first after Lawrenny won the toss and they made a good start with Dylan Blain and Jack Bowen sharing an opening stand of 48 runs.

Blain made 27 but he couldn’t add to his score as he was caught by Tom Cole off the bowling of Brad McDermott-Jenkins.

Bowen then shared another 39 runs with Geraint Jones, who scored a century earlier in the tournament.

This time though, Jones could only score 17 before he was caught by Cole off the bowling of Harry Thomas. Bowen then reached his half century and moved on to a score of 76 with four fours and five sixes but he was then bowled by Kurtis Marsh to leave Whitland on 141-3.

Marsh then also bowled Jonathan Thomas on a score of 17 as Whitland’s innings began to fade.

Nathan Evans and Martin Thomas were both run out late on as they looked to put more runs on the board.

That saw them finish on 156-6 and Lawrenny got off to similarly good start in their reply as openers Kurtis Marsh and Brad McDermott-Jenkins shared 59 runs for the first wicket.

McDermott-Jenkins smashed five fours and three sixes as his score of 40 came from only 17 balls but he was then bowled by Wayne Howells.

James Phillips was caught by Nathan Evans off the bowling of Jonathan Thomas and soon after Marsh was caught and bowled by Greg Sleep on a score of 32.

Howells then bowled Harry Thomas for a duck to leave Lawrenny on 92-4. Steve Lewis and Tom Cole were both run out as Lawrenny slipped further into trouble on 116-6.

Joe Kidney and Ryan Morton shared another 15 runs for the seventh wicket but Matthew Davies then had Morton caught by Bowen.

James Buckle joined Kidney at the crease, and after surviving a few close calls, they saw Lawrenny to their target with three balls to spare.

Buckle finished not out on 18 while Kidney hit three fours and a six as he finished unbeaten on 30.

Lawrenny now await the winners of the tie between holders Neyland and Haverfordwest which takes place in St Ishmaels on Thursday (Jun 27).

Caer Elen and Hook march on