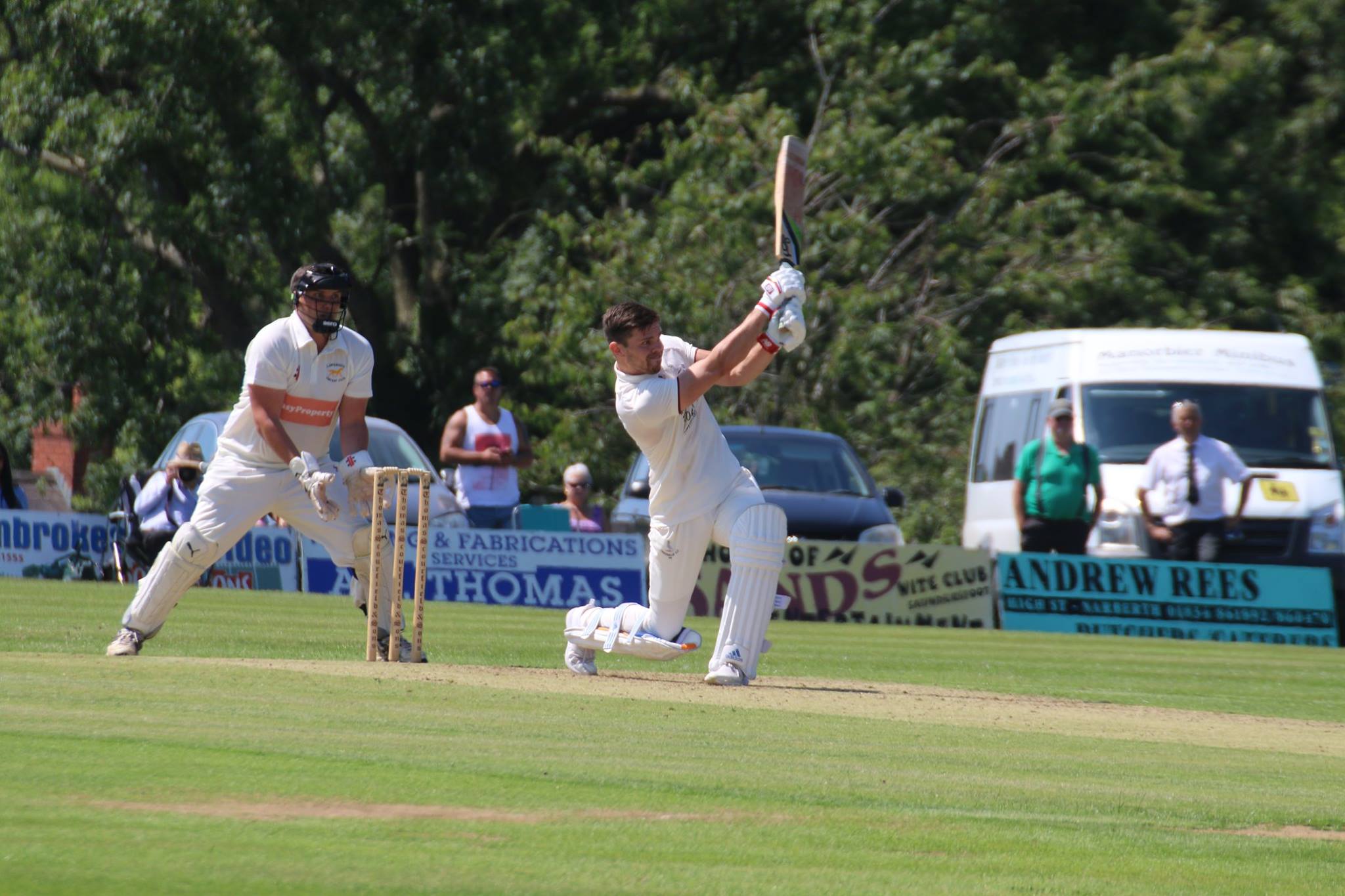 CRESSELLY’s Alex Bayley scored a half century to see his side to a six-wicket victory away at Whitland on Saturday (Jul 13).

Whitland were asked to bat after Cresselly won the toss but the home side were bowled out for 184.

They were struggling early on as Ed John was stumped by Neilson Cole off the bowling Tom Murphy off the very first ball of the game.

Jack Bowen also fell to Murphy as he was caught behind by Cole as Whitland were reduced to 9-2.

Jonathan Thomas and Geraint Jones got the home side going as they shared 66 runs for the third wicket.

Thomas made a score of 19 but he was then bowled by Ryan Lewis.

Four balls later, Jones, who had hit seven fours and two sixes in a score of 41 from 39 balls, was trapped leg before by Tom Arthur.

Arthur then also had Gethin Scourfield caught by Cole as Whitland fell to 95-5.

Matthew and Adam Davies then shared 79 runs for the sixth wicket as they looked to set up a good total to defend.

Matthew hit seven fours as he scored 53 but he was then run out by Alex Bayley.

Adam fell soon after on a score of 40 as he was caught by Cole off the bowling of Murphy. Ryan Lewis then ran out Greg Sleep before also bowling Che Thomas.

Jacob Owen was ran out by Simon Cole as Whitland’s innings came to an end.

Cresselly openers Dan Sutton and Neal Williams got their side off to a good start in their pursuit of 185 as they shared 66 runs for the first wicket.

Williams hit eight fours in a score of 37 but he was then caught by Harry Jones off the bowling of Greg Sleep.

Sutton and Simon Cole shared 35 runs for the second wicket before Sutton, who had also hit eight fours in a score of 40, was caught by Jonathan Thomas off the bowling of Sleep.

Cole then shared 68 runs with Alex Bayley as they moved to within touching distance of their target.

Cole hit six fours in his score of 41 but he was caught and bowled by Thomas as Cresselly were reduced to 169-3.

Bayley hit six fours and a six as he finished not out on 52 to see his side to victory inside 35 overs.