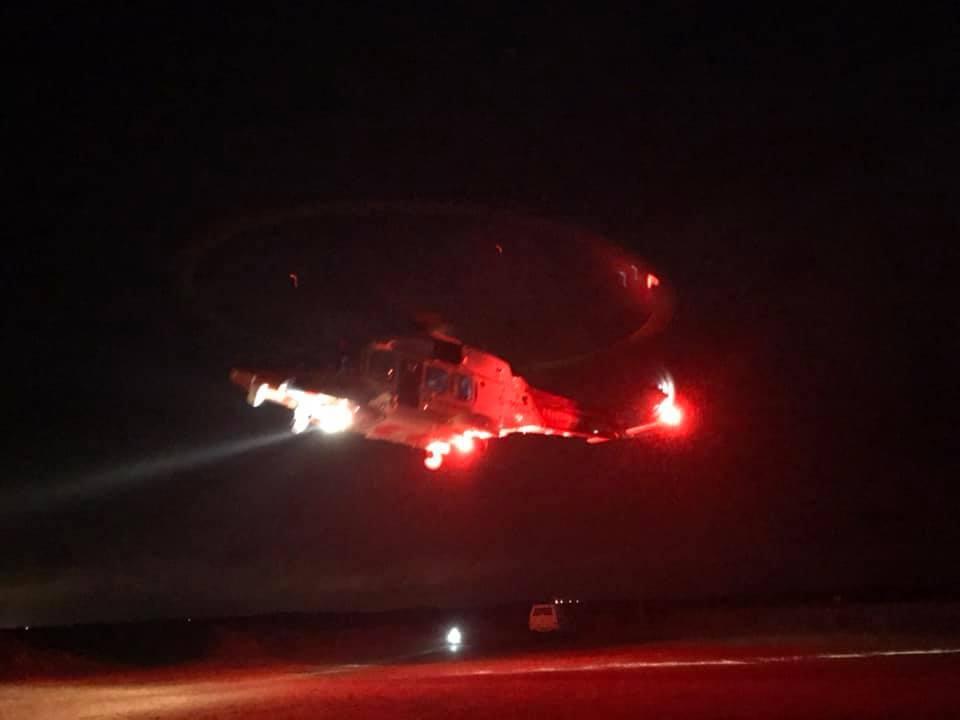 EMERGENCY services were called to the Stack Rocks area on Thursday August 15, following concerns for the safety of two climbers.

The emergency services were called following fears over the safety of some climbers when climbing gear had been found at the top of the cliff near Bullslaughter Bay, with the owners nowhere to be seen.

Tenby’s RNLI all-weather lifeboat was launched just after 9pm and made best speed towards the scene, 10 miles west of Tenby, while Tenby and St Govans Coastguard rescue teams and Coastguard rescue helicopter 187 also made their way.

An RNLI spokesman said: “Once on scene, the volunteer crew began their search from Stackpole Head towards Bullslaughter Bay.

“With darkness fast approaching, it was decided to launch Angle all-weather lifeboat so that the search for anyone in difficulty could be widened.

“Sometime later, the helicopter spotted some climbers and directed Angle lifeboat to their position, and, while speaking to them, they confirmed it was their climbing gear and that they were in no difficulty.

“All units stood down and returned to their respective stations, with Tenby lifeboat arriving back on station at about 12.15am.”

H M Coastguard Tenby, posting on Facebook, added: “Coastguard and RNLI were quickly on the scene with the Coastguard officers searching from land along the coastline and RNLI lifeboats commencing a water search.

“Angle RNLI was then directed to the persons and made contact with the climbers and confirmed that the equipment found belonged to them and that they did not require assistance.”