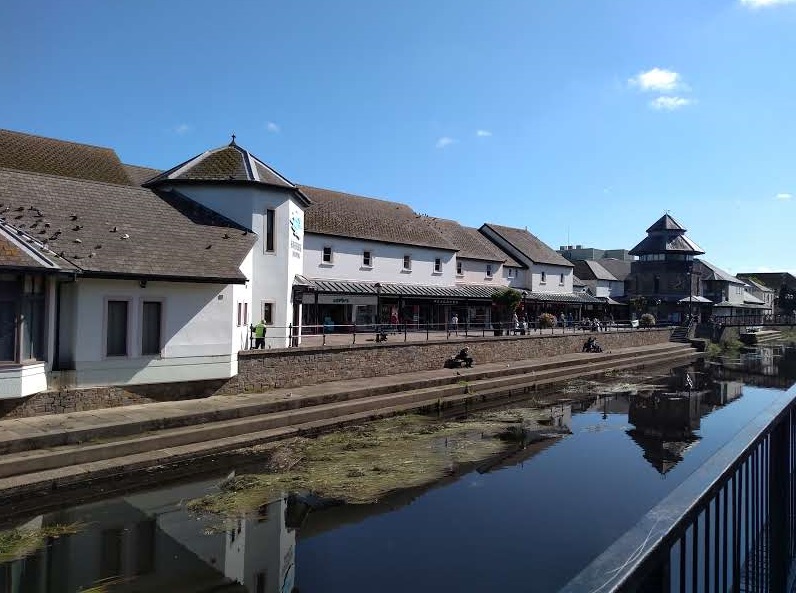 Plans have been submitted for a ‘living green wall’ to be planted in the centre of Haverfordwest in a bid to enhance local biodiversity and wildlife.

The green wall would be situated alongside the river opposite Glan-yr-Afon, the town’s library and cultural centre, and planted with 25 species of native plants including ferns, grasses, flowers and wild herbs including basil, sage and clary.

As well as providing an important habitat for pollinators, the wall would also be an attractive natural feature in its own right, says Sara Morris, Pembrokeshire County Council’s Development Plans and Conservation Manager.

“This is a wonderful opportunity to re-introduce nature in the heart of Haverfordwest,” she said. “As with all planting, it will take some time for the plants to grow and flourish but given time it will look very attractive.”

The maintenance of the wall, which is scheduled for installation towards the end of October, would be carried out by a team of volunteers. New benches made from Welsh slate would also be installed to encourage residents and visitors to enjoy spending time in the area.

The green wall is part of the Cleddau Reaches partnership project which forms one of the priorities in the Haverfordwest Regeneration framework.

The aim is to improve and enhance the rights of way network in and around Haverfordwest and in particular, around the Western Cleddau, through several different inter-linked schemes.

Grant funding of approximately £250,000 has been provided by the NRW, Haverfordwest Town Council and the Landfill Disposals Tax Community Scheme.

Cllr Paul Miller, Cabinet Member for Economy, Tourism, Leisure and Culture, says the project’s focus on the river follows recognition that for too long, it has been an under-utilised resource despite being one of the town’s key natural assets.

“The Cleddau Reaches project brings together many ideas which the community has put forward over the last 20 years,” he said.

“As well as boosting biodiversity, the project forms part of the wider package of investments we are bringing forward to support Haverfordwest Town Centre.

“This administration is determined to revive the fortunes of the County Town, transforming Haverfordwest Town Centre from a traditional retail centre that’s being left behind into a vibrant leisure destination where residents and visitors alike want to spend their time.”

Some of the work currently taking place as part of the Cleddau Reaches project includes new riverbank paths near the Bridge Meadow with plans to create a new footbridge connecting to the Old Mill Grounds.

Other plans include creating habitats for sand-martins, otters and lampreys upriver, creating a trail linking up with the Town Council’s Priory Saltings project, and installing five interpretation boards along the route describing the flora, fauna and history of the local area.

Homes in Pembrokeshire can get free boilers and insulation