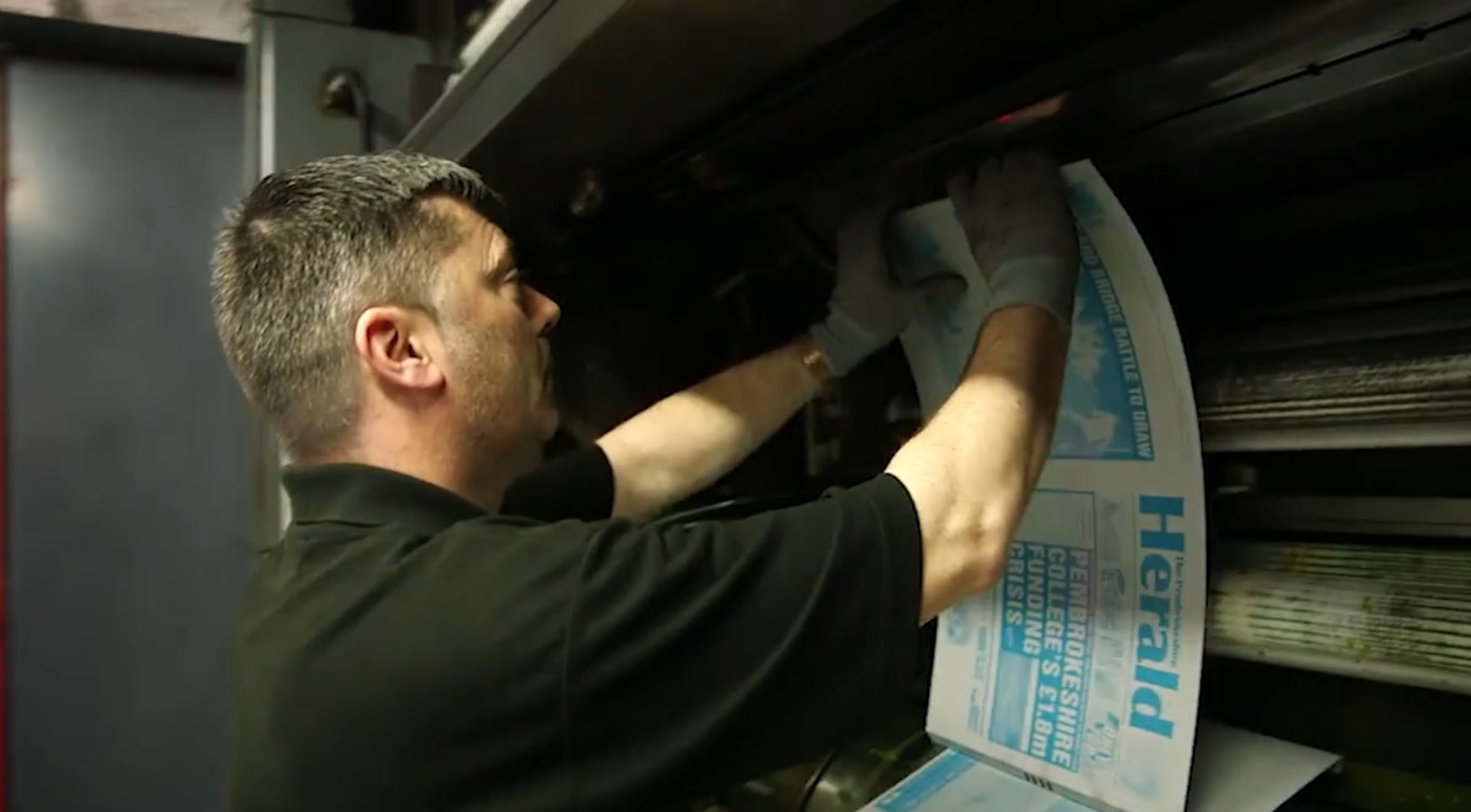 THE COMPANY, which runs the Pembrokeshire Herald newspaper in west Wales, says it has secured an eleventh-hour investment to prevent the company from going into administration.

On Friday, The Herald’s management announced that a decision had been made to cease trading after a key investor pulled the plug – but now a deal has been struck with a new investor, which will secure the future of The Pembrokeshire Herald weekly print title, as well as three other news websites.

At least ten of the 24 staff working at The Herald have been told that they will keep their jobs following confirmation of the investment.

Its CEO, Ricardo Rigobon, who has 20 years experience in publishing and advertising, said that The Herald deserved to be saved.

He said: “As a campaigning newspaper, The Pembrokeshire Herald has served its customers well over the last six and a half years. Its circulation is strong, and the website is extremely popular. I believe with the new reduced costs business model we can secure the future of the newspaper.

“The Llanelli Herald and The Carmarthenshire Herald will continue online.”

Managing Director of Herald News UK Limited, John Hammond said that he was delighted that the future of the firm, and almost half the workforce was now secure.

He explained: “We have worked tirelessly over the weekend to get the necessary financing in place since our original investor pulled out. As a result of those efforts, we have now got a new partnership with a long-established firm in our industry.”

Editor of The Pembrokeshire Herald, Thomas Sinclair said: “I am excited that we have been given a new opportunity. It’s not a time for celebration as we still have colleagues who have lost their jobs. However, for the remaining team we now have a get on with the job of reporting the news and getting the papers out each Friday.”