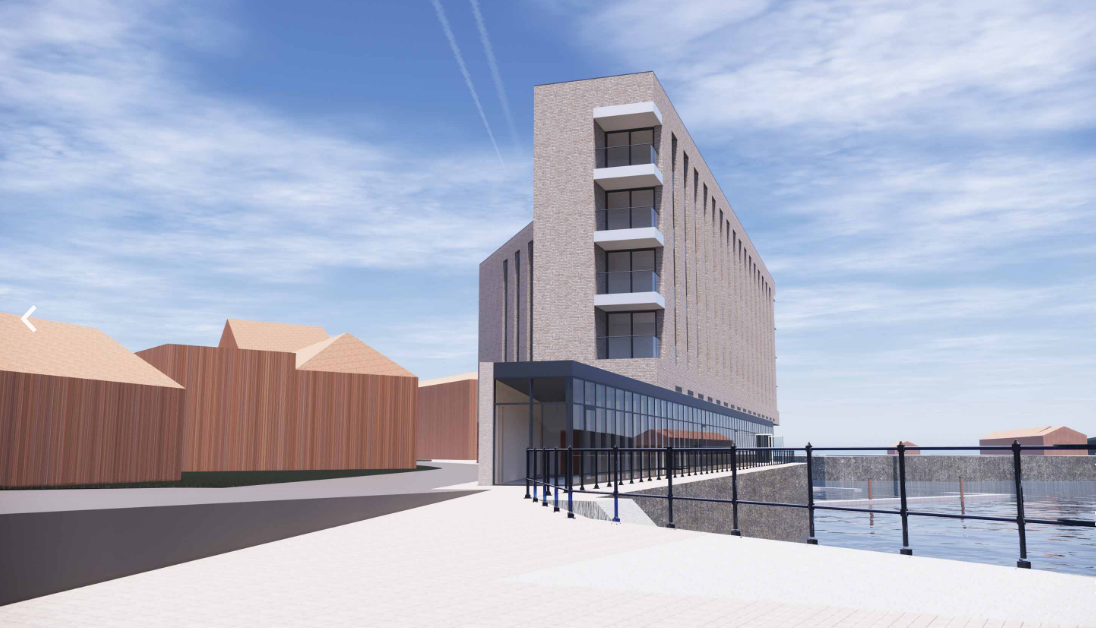 TOWN COUNCILLORS in Milford Haven have unanimously voted to object to a planning application my Milford Haven Port Authority to build a 100-bedroom hotel on Milford Docks.
Town Mayor Terry Davies said he had had numerous requests from members of the public to try to get it refused.
Several members of the public were at the meeting to watch, including Ian Bannister and his daughter and James Kershaw – whose homes were seriously flooded in 2018 causing tens of thousands of pounds worth of damage.
Cllr Lynne Turner told councillors: “We look forward to the development of the marina and the town desperately needs a hotel, but we have been contacted by a number of representatives from the Lower Priory and Havens Head area who are very concerned about the impact on flooding in their villages.
“The sewage waste from this development, and the change to water run-off, unless the Port Authority addresses the culverts in the area, then we have to assume that this must present a big risk to increased flooding.”
“We need to wait for the outcome of a report to see how the hotel will affect the villages”
“Then that report needs to be acted upon, if needs be.”
Cllr Rhys Sinnett said: “It is clear from the representation from the communities affected by the floods in 2018, they are still awaiting answers and actions from Pembrokeshire County Council to ensure nothing like this ever happens again.
“Whilst no action is being taken, I don’t see how we can support anything that might raise water levels and I suggest we need to delay this as long as possible.
“There is no reference in the report to the flooding in 2018 so how can we support an application that has faulty information.”
“We have to object to this application within the scope of planning rules, and I propose that we can object in terms of health and safety.
What happened in 2018 was a had a huge impact on the health and safety of those who were living in Lower Priory and in Havens Head.
Cllr Turner then formally that the town council object, as Cllr Sinnett suggested, to the application on health and safety grounds.
Cllr Sinnett added that because of the controversial nature of the application, he would be strongly suggesting the application go before the council’s planning committee.
“That would be best for local democracy” he said, adding “this application should not be decided by officers under their delegated powers.
Related Topics:featured
Up Next