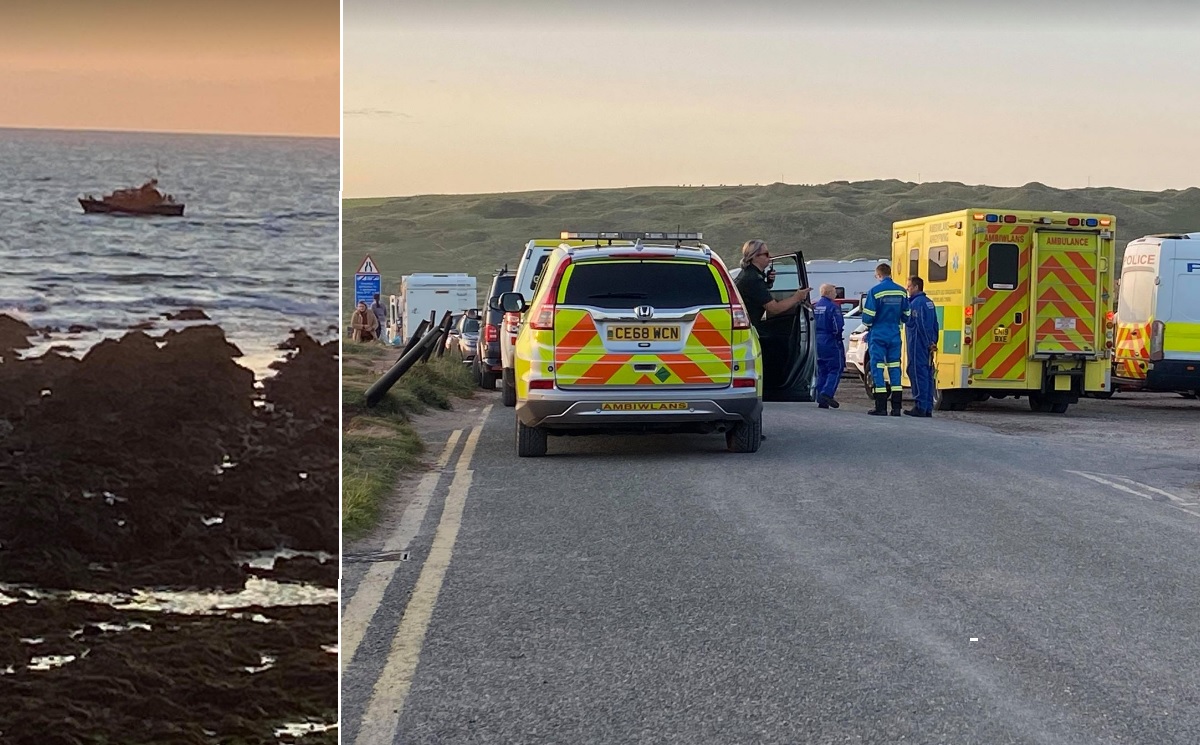 THERE has been a dramatic rescue at Fresh Water West tonight.

A multi-agency response from the Coastguard, Lifeboat, Police, Ambulance Service and Lifeboats after a child got trapped in a rip current.

It appears that the boy was rescued, however, by two surfers who were at the beach at the time.

A witness at the scene of the incident, commenting on Facebook, Maisie Wilson, said: “I just want to say that the two surfers down at Fresh Water tonight who rescued the little boy who got trapped in the rip current. You are absolute heroes, for rescuing him and bringing him back safe and well.”

The rescue comes on the same day that the Royal National Lifeboat Institution gave a warning to the public.

‘It’s important that anybody venturing in or near the sea knows, not just what rip currents are, but how to react if they are caught in one or see someone else in trouble.
‘They are difficult to spot and even the most experienced and strongest swimmers can find themselves caught out so it’s important where possible to use beaches that have lifeguards patrolling on them.’

On scene photos were taken by C. Bishton.