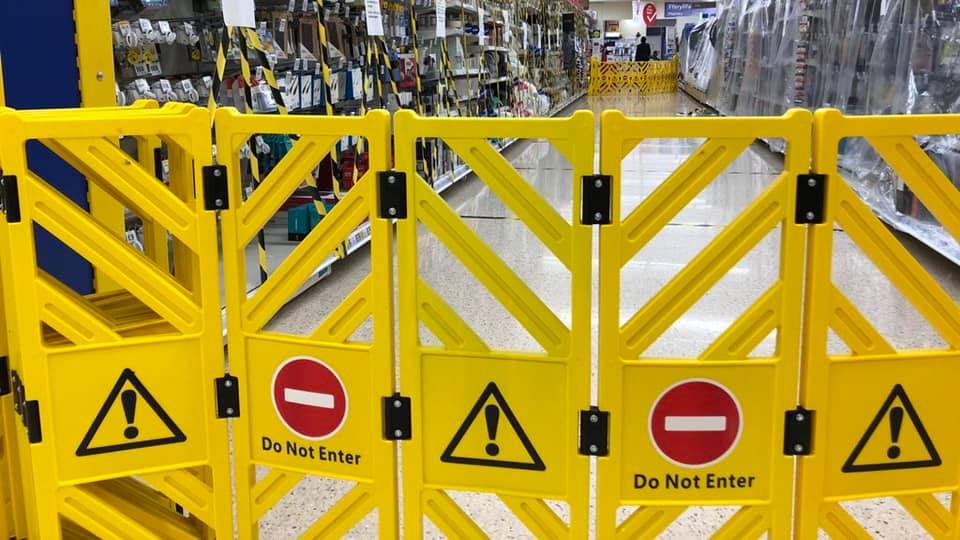 THOUSANDS of people in Wales have signed an online petition calling on the Senedd to intervene to allow supermarkets to be allowed to sell ‘all non-essential items’ during Wales’ 17-day-long ‘Fire-break’ lockdown.

First Minister Mark Drakeford has said supermarkets should stop selling items such as clothes as a matter of “fairness” to smaller retailers who have been asked to shut, until 9 November.

On Thursday (Oct 22), the Welsh Government confirmed that supermarkets would be told not to sell non-essential goods, like clothes, toys, decorations and electrical items during the 17-day firebreak. The online petition against the non-essential goods ban, which was created by Wales resident Gareth Howell, reads: “The Welsh Government, as part of its 17 day “firebreak” lockdown, is banning the selling of non-essential goods from shops that are allowed to remain open. We do not agree that this is a prudent or rational measure, and will create more harm than good.
“We do not agree for example that parents should be barred from buying clothes for their children during lockdown while out shopping. This is disproportionate and cruel and we ask that the decision be reversed immediately.”
The petition follows calls from the Welsh Conservatives to end the policy. They have called banning certain items in supermarkets ‘ludicrous’. He said: “Anger is growing across Wales at the decision from the First Minister, Mark Drakeford, and shoppers have condemned the decision arguing that items such as books, electronics, clothing, and bedding are essential.

“I have never witnessed such a fierce backlash against a decision from the Welsh Labour Government.

“This ludicrous ban has caused real anger across Wales and it’s not fair on those staff working in our supermarkets, and the general Welsh public who are already at their wit’s end with a difficult fortnight looming.

“Whilst the First Minister might not be for turning, the health minister Vaughan Gething must surely acknowledge the damage this will do to public confidence and I ask him intervene and tell Mark Drakeford and his colleagues that this has to be dropped immediately.”

Guidance published for retailers on the Welsh Government’s website says aisles selling homeware and decorations, toys, mobile phones, clothes and games, should be “closed to the public”, and some areas may need to be cordoned off.

Speaking at Friday’s Welsh Government briefing, Mr Drakeford said the decision to stop supermarkets from selling all but essential items was based on a “need for fair play”.

“I’m not prepared to treat small businesses in Wales in one way, requiring them to close – they are not able to earn a living during these two weeks, as part of our national efforts – and then simply because another sector in society are more powerful, are bigger, that they think that they can be treated differently.

“It is a straightforward matter of fairness, we are in this together here in Wales.

“No individual and no organisation is above the effort that we are all required to make.”

At the time of publishing this article the petition had reached 17,551 signatures.

You can find the petition here.