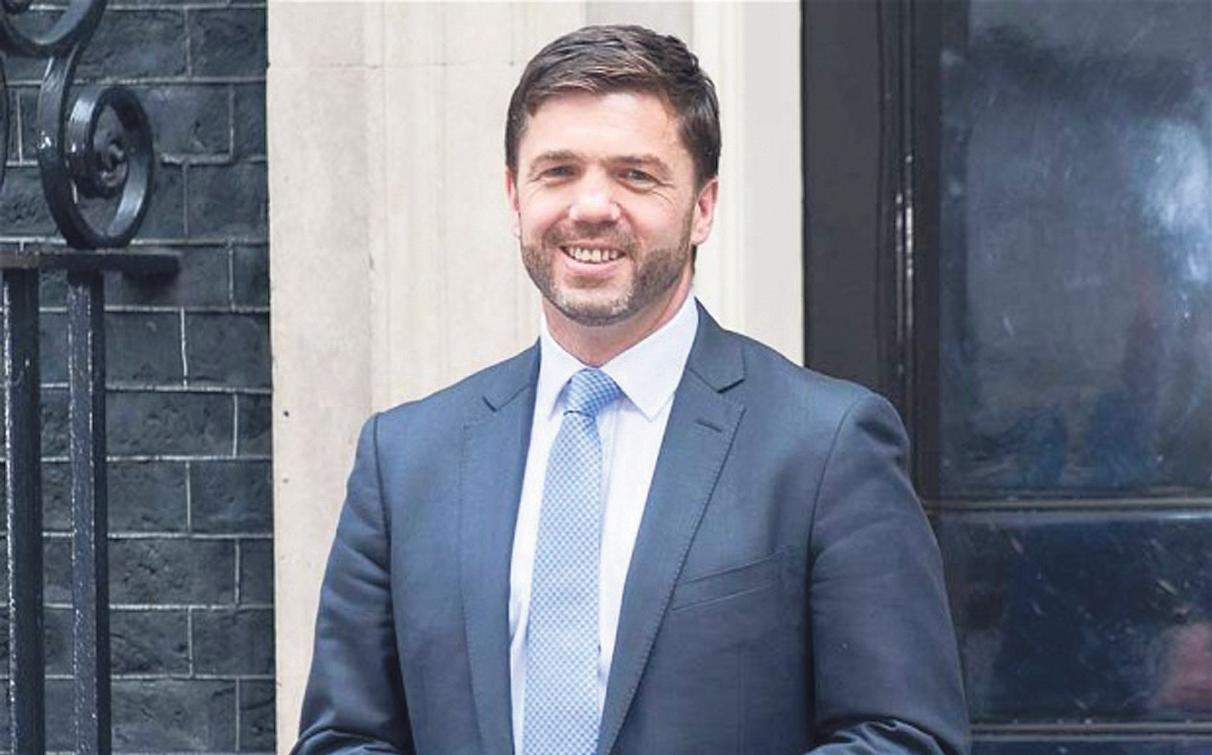 STEPHEN CRABB, MP for Preseli Pembrokeshire, says his abstention in a vote on extending free school meals during school holidays to English students eligible for them was a protest against the UK Government.

Although the Welsh Government decided to retian provision for children who qualify for free school meals to cover half terms until Easter 2021, Pembrokeshire’s two MPs have endured a huge social media backlash for their voting record on a similar scheme for England.

Simon Hart MP has been ‘named and shamed’ by The Daily Mirror for voting with his Government to remove the free school meals the holiday for 1.4 million of the most vulnerable children in England.

Stephen Crabb MP, abstained from voting on the bill – a decision he says was done in protest to let his government know he did not agree with their views.

Mr Crabb has spoken previously of his background. He came from a single parent family, was raised in a council house and receivws free school meals.

Many social media users took Crabb’s decision not to vote as a decision that was just as bad as voting with the government with some branding him a hypocrite.

Taking to his Facebook page, Crabb defended his decision.

He told his constituents: “I took a decision to abstain on the vote, which is a well-recognised form of protest. I have made it very clear to the Government that I do not agree with them on this issue.”

Even though Crabb abstained from voting, he told his followers that the free school meal provision wasn’t the way to tackle the problem of child poverty.

He added: “I am supportive of the holiday provision of free school meals but I think we also need to be looking at solutions that go beyond just vouchers. The main poverty charities I speak to have different views about whether vouchers are effective or not.
“I did not like the nature of the Labour Party’s debate in the Commons last Wednesday and I think some of the abuse being thrown around is appalling. The vote last week would have had no material impact on provision even if it had passed.”

Mr Crabb added: “More widely, whilst the issue of free school meals is important, ultimately we should be aiming to lift people out of poverty so that they no longer need this support. I have spent much of the last few months working hard on the campaign to keep the temporary £20 uplift to Universal Credit.
“The UK Government introduced a much welcome per-week increase in UC at the start of the crisis but this measure will expire in April, unless the Government commits to an extension.”

Mr Crabb assured his Pembrokeshire constituents he will continue to try and tackle child poverty.

He added: “I have spent a large proportion of my time in Westminster over the last few months campaigning on the issues of child poverty and pushing for more support for families on low incomes. I will continue to make this a priority.”