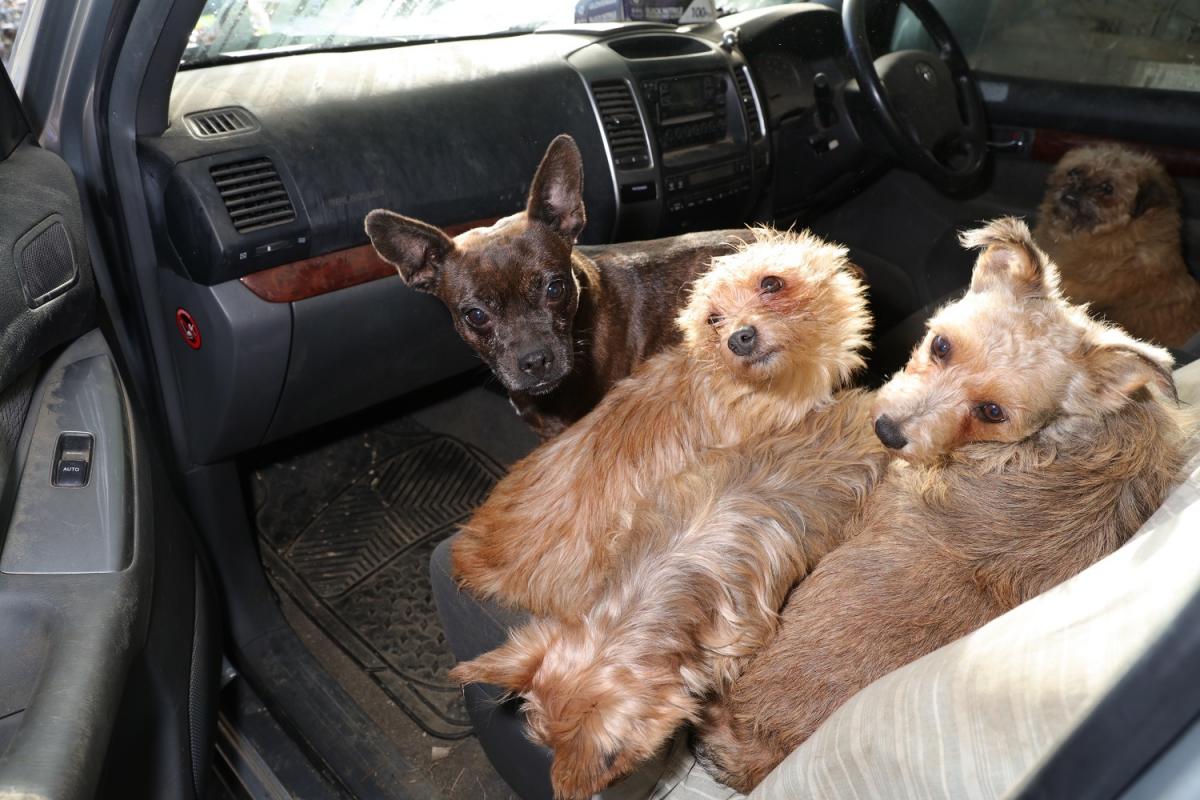 POLICE have confirmed nearly 30 dogs which were suspected to have been stolen in the west Wales have been returned safely to their rightful owners as three arrests are made.

The force, along with South Wales Police, continues to investigate as up to 80 dogs were found at a property in Carmarthenshire on Sunday, January 24.A number of dogs were also recovered by South Wales Police from a location near Briton Ferry on Saturday.

The remaining dogs are being cared for as enquiries continue.

Detective Inspector Barry Kelly said: “Our enquiries are ongoing to establish lawful ownership of the remaining dogs and puppies, but we have so far returned 28 dogs to their owners, which is very positive.

“Once a full inventory of the recovered animals has been prepared, we will review any relevant crime records and queries from the public with a view to repatriation.

“The remaining dogs are all currently safe and being cared for by professional kennels while we carry out our investigation.”

The dogs and puppies were recovered from a property in Carmarthenshire by Dyfed-Powys Police officers, and land in Briton Ferry by South Wales Police over the course of two days earlier this week.

All dogs were scanned for microchips with assistance from animal welfare officers, the local authority and South Wales Police.

South Wales Police also arrested a man on suspicion of handling stolen goods on Wednesday, January 27. He has been released under investigation.

DI Barry added: “While one person was arrested at the location, we have been following strong lines of enquiry with a view to identifying further suspects. Given the scale of the operation, we believed more than one individual was involved.

“This led to further arrests taking place this week.”

Anyone with information that could assist enquiries, is asked to get in touch by calling 101

Police confirm death of man, 29, at address in Milford Haven