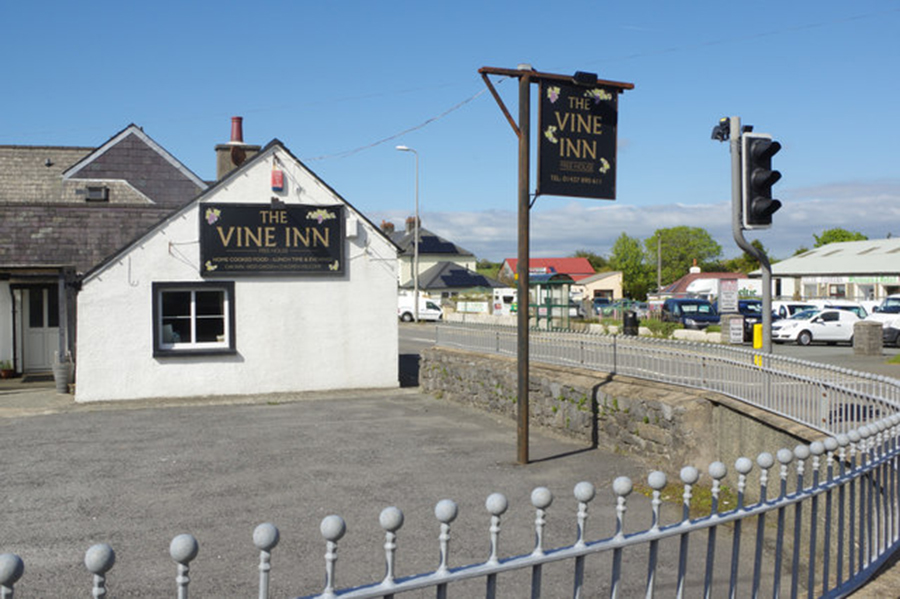 THE VINE INN in Johnston closed its doors at short notice on Wednesday night (May 26).

The closure was announced on the day via their Facebook page.

The post read: “It is with very heavy hearts that we have to announce that we are closing tonight. It has been a hard few months and unfortunately we have not made it.

“Thank you to everyone for supported us in the last 4 years and especially during the lockdowns.

“We will be open tonight for one last shift and be closing the doors at 9.30pm!

“Thank you once again Wishing everyone all the best,Katie, Sharon, Jo and Nerys.”

People responded to the announcement by posting messages of support for those running the pub and good wishes for the future, a few of those comments read:

“So sorry to hear this , covid lockdown affected so many and you tried so hard Wishing you all the best Take care all xx”

“Oh no, I am so sorry to see this! Not that the gentle exercise group is back yet, but we had some good Christmas Dinners at the Vine and I know some of the group used to go up there regularly. Wishing you all the best for the future.”

The Vine only re-opened on Tuesday, May 18, after restrictions forced pubs across the country to close to try and halt the spread of Covid-19.

The global pandemic has left many local pubs/restaurants struggling with The Vine Inn and The Station Inn in Pembroke Dock closing within days of each other.

Casual and part-time workers: Most vulnerable to job loss 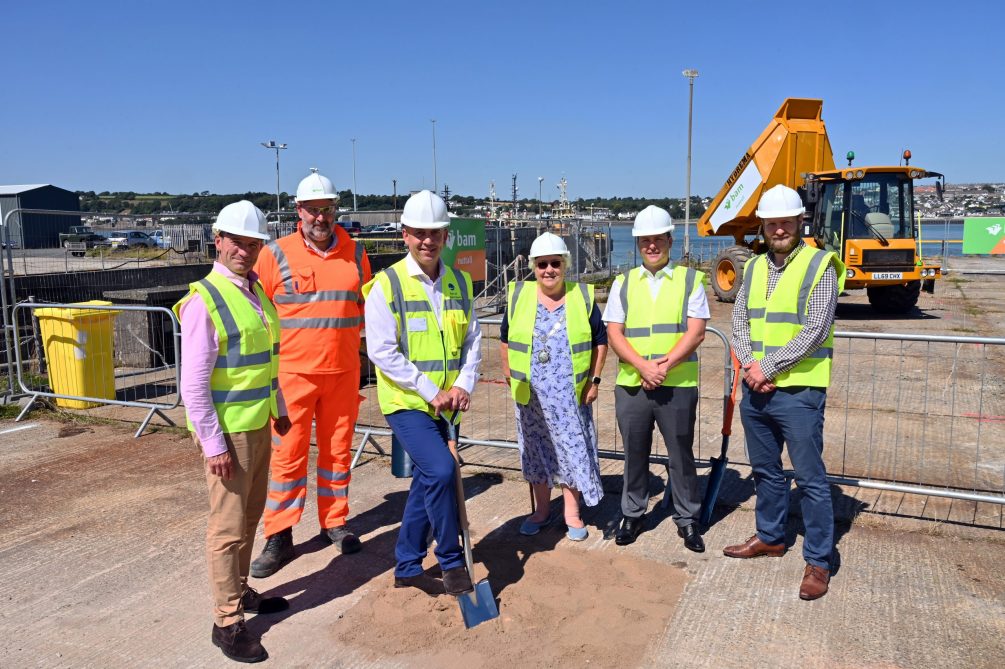 THE CONSTRUCTION of a new supersize slipway and new workboat pontoons is now underway at Pembroke Port. It marks a big step forward in the realisation of the Port of Milford Haven’s vision for the Milford Haven Waterway to play a vital role in driving new green growth across the region, while supporting the country’s transition to a net zero future.

The new slipway will provide maximum flexibility for the launch and recovery of marine energy devices and vessels, while the pontoons will strengthen the Port’s operations and maintenance proposition for the floating offshore wind (FLOW) industry.

Commercial Director at the Port of Milford Haven, Steve Edwards, said: “It’s fantastic to see this development underway at Pembroke Port. The new upgraded spaces and facilities will be perfect for the growing low carbon industry around the Celtic Sea as well as the supply chain companies that will benefit from the opportunities created here. We’re looking forward to seeing huge changes over the next eighteen months, working with industry and academia to maximise local and regional benefits.”

The works sit alongside the renovation of the Annexes attached to the Sunderland Hangars. These are now midway through construction and will create new office and workshop spaces for industry. Later phases of the project will focus on creating large scale laydown spaces for device fabrication and development.

This collaborative platform has already attracted companies from across the globe who are spearheading new research, development, and manufacturing in marine energy power generation, with an appetite to do much more. The Offshore Renewable Energy Catapult, the UK’s leading technology, innovation and research centre for renewable offshore energy, has also demonstrated its confidence in the area’s potential with the development of a multi-million pound Marine Energy Engineering Centre of Excellence based at Pembroke Dock.

“The Haven Waterway is inextricably linked to the health of the Pembrokeshire economy. We need to invest in the waterway in order to sustain employment but also to ensure it remains the UKs leading energy port.

“Up to 30% of the UK’s gas today, but also Green/Blue Hydrogen and Floating Wind Generated electricity tomorrow.

Cllr Rob Stewart, Chairman of the Swansea Bay City Deal’s Joint Committee said: “The City Deal is making significant progress in its ambition to grow the economy and create employment opportunities in Pembrokeshire and across the region, with a focus on the energy sector and renewable technologies. We welcome BAM Nuttall onboard to construct the workboat pontoons and slipway at Pembroke Port, which will help regenerate the port area and support the wider blue-green energy economy. This exciting development, coupled with the recent approval of the City Deal Skills & Talent pilot project which will deliver essential skills in the renewable energy sector demonstrates that we are focused on lowering carbon emissions, supporting floating offshore wind and growing our young talent to support this sector.”

Civil engineering firm BAM Nuttall has been appointed to construct the new slipway and workboat pontoons.

Ian Hubbard, BAM Regional Director for Southern England and Wales, said: “The Port of Milford Haven has a vision for the regeneration of Pembroke Dock and BAM is delighted to play a role in that. The Port is ideally suited for servicing wave, tidal and wind power and this latest investment will help to improve the facilities on offer to the growing offshore renewables industry. BAM will be employing a mixture of local and specialist labour to deliver its works, so this contract will create jobs in the Pembrokeshire area as well as helping to modernise the port facilities.”

Important step: Representatives from across the region came together to celebrate the start of the construction of a new supersize slipway at Pembroke Port which will provide maximum flexibility for the launch and recovery of marine energy devices and vessels. 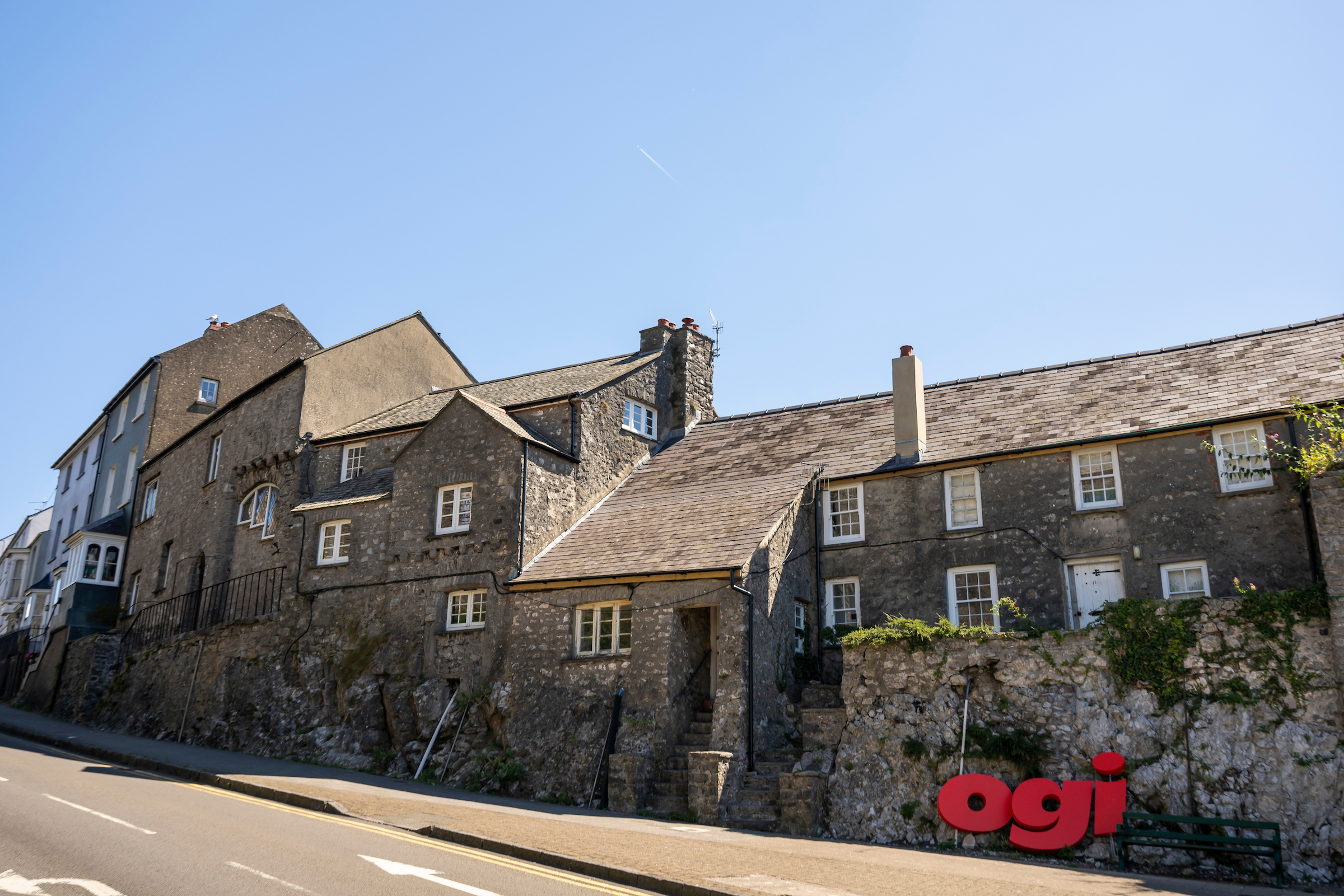 OGI – Wales’s leading home-grown broadband provider – has ramped up its drive to bring ultrafast Gigabit-capable connectivity to communities across Wales. Thirty-eight of the country’s most iconic towns and villages are now set to benefit from the latest phase of Ogi’s initial £200m investment.

Extending its roll out to Bridgend, Caerphilly and Rhondda Cynon Taf – Ogi will begin work in some of these areas immediately. Today’s announcement brings Ogi’s ultrafast services to a total of seven Local Authority areas, marking a gear-shift in the company’s potential reach.

Ogi launched onto the scene just over a year ago, kick-starting work on its £200 million plan to bring full fibre connectivity to traditionally underserved communities.

Showing no signs of slowing, staff numbers have gone from 20 to almost 140 in 18 months, with the business opening four new regional offices in Newport, Tongwynlais, Cardiff and St Clears, supporting more staff to live and work locally.

Ogi’s efforts to improve broadband access come as the Senedd’s Climate Change, Environment, and Infrastructure Committee calls on the Welsh Government to do more to help rural communities access better connectivity. In fact, today’s announcement puts Ogi on course to bring fibre to a third of all premises in Pembrokeshire.

Beyond rural settings, the latest roll out sees Ogi extend its footprint to bigger, post- industrial urban areas like Bridgend, Caerphilly and Rhondda Cynon Taf. And, with the company’s work injecting around £6m into places like Haverfordwest, plus an estimated economic impact worth up to five times the initial investment, today’s news will bring a welcome boost to local economies across the region.

Just 1 in 3 premises in Wales currently has access to full fibre-optic connectivity, with Britain in general lagging behind many European countries, where coverage can be as high as 90%. Ogi’s latest plan will help to close the UK’s digital divide in areas that are often labelled as ‘left behind’.

“These iconic communities are bursting with innovation and creativity – and they deserve the best connectivity to help them realise their potential. As we’re seeing in places like Pembrokeshire, only Ogi can make that access a reality. Our networks are enabling businesses to thrive, wherever they are based; helping people to work closer to where they live; and families to experience the best possible home entertainment.”

“Ogi is helping to deliver that standard across south Wales, supporting Wales in its drive to become a digital nation.”

Surveying work is already underway in many of these areas with activity due to ramp up at street level over the coming weeks and months. Homes and businesses in many of these communities will be able to access Ogi’s ultrafast service from as early as this September.

Enviroventure boss is ‘devastated beyond words’ as yard continues to smoulder 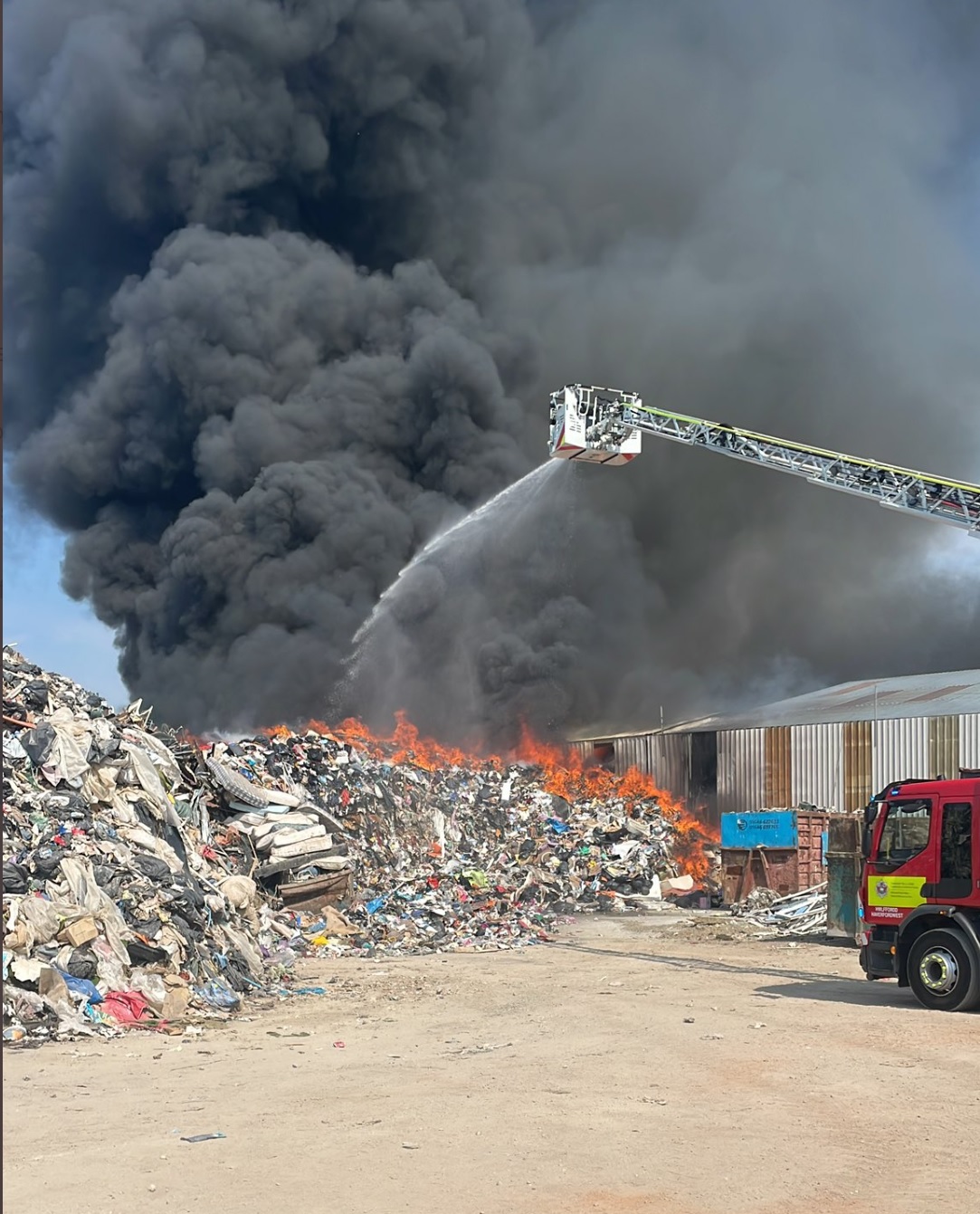 THE OWNER of a waste management centre has spoken out for the first time since a major fire spread to her businesses.

Diana Jones, Managing Director of Enviroventure Waste Solutions Ltd said: “Our yard in Waterston is currently closed due to a fire which started at the recycling centre next door and has spread to our premises. Whilst the fire did not start here, it has spread to us, and waste which was awaiting processing has caught fire, and is still smouldering.

“We are working with Mid & West Wales Fire and Rescue Service, other agencies and businesses on extinguishing the blaze. Who have worked endlessly.

“We would like to apologise to our customers and neighbours for any inconvenience caused, and would like to thank all those involved with tackling the ongoing fire.

“I would like to give special thanks to our amazing customers for their continued support and understanding, our amazing staff for their tireless work now and always, our family and friends for their continued support and help, to Darren and Jake of JD Jones Recycling who have worked tirelessly and Nening of Airfield Metals, the local farmers and everyone else involved in helping to keep the environmental impact of this blaze, which was outside of our control, to a minimum.

“I am devastated beyond words.”