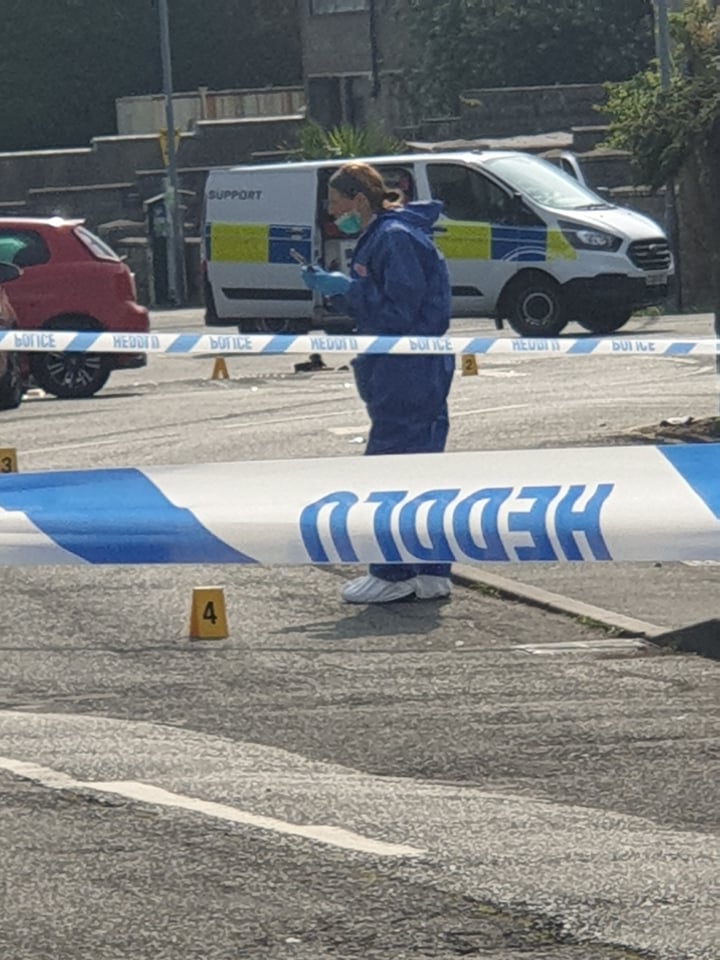 A HIT AND RUN incident in a Haverfordwest Car Park on Saturday night (Jul 24) left three people with minor injuries, and led to the occupants of the car in question being arrested just off the motorway near Swansea as they made their getaway.

Police cordoned off the area of the alleged hit and run whist investigations were carried out into the incident where three people were allegedly hit by the same vehicle, containing four occupants.

Multiple people made calls to the emergency services as events unfolded, with police quickly responding.

Our reporter visited the scene of the incident on Sunday after police forensics had finished investigating and saw skid marks, broken glass and even loose change still on the road at the entrance to Castle Lake Cark Park

A spokesperson for the police released an official statement, saying: “Dyfed-Powys Police attended Castle Lake car park, Castle Hill, Haverfordwest on Saturday evening, July 24th 2021, following a number of calls reporting a disorder and a vehicle having collided with three people before leaving the area. The injuries received are not believed to be serious.

“The vehicle, a silver Vauxhall Astra, was later traced to just off junction 47 of the M4 and the 4 male occupants were arrested on suspicion of dangerous driving and affray.

“They have been released on conditional bail pending further police enquiries. Anyone with information that could help officers with their investigation is asked to report it to Dyfed-Powys Police, either online at: https://bit.ly/DPPContactOnline, by emailing 101@dyfed-powys.pnn.police.uk, or by calling 101. If you are deaf, hard of hearing, or speech impaired text the non-emergency number on 07811 311 908.