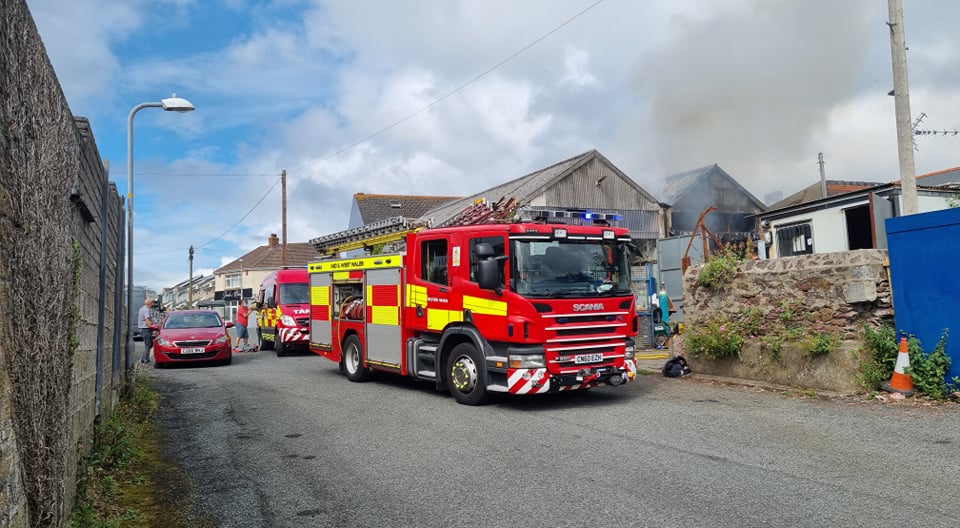 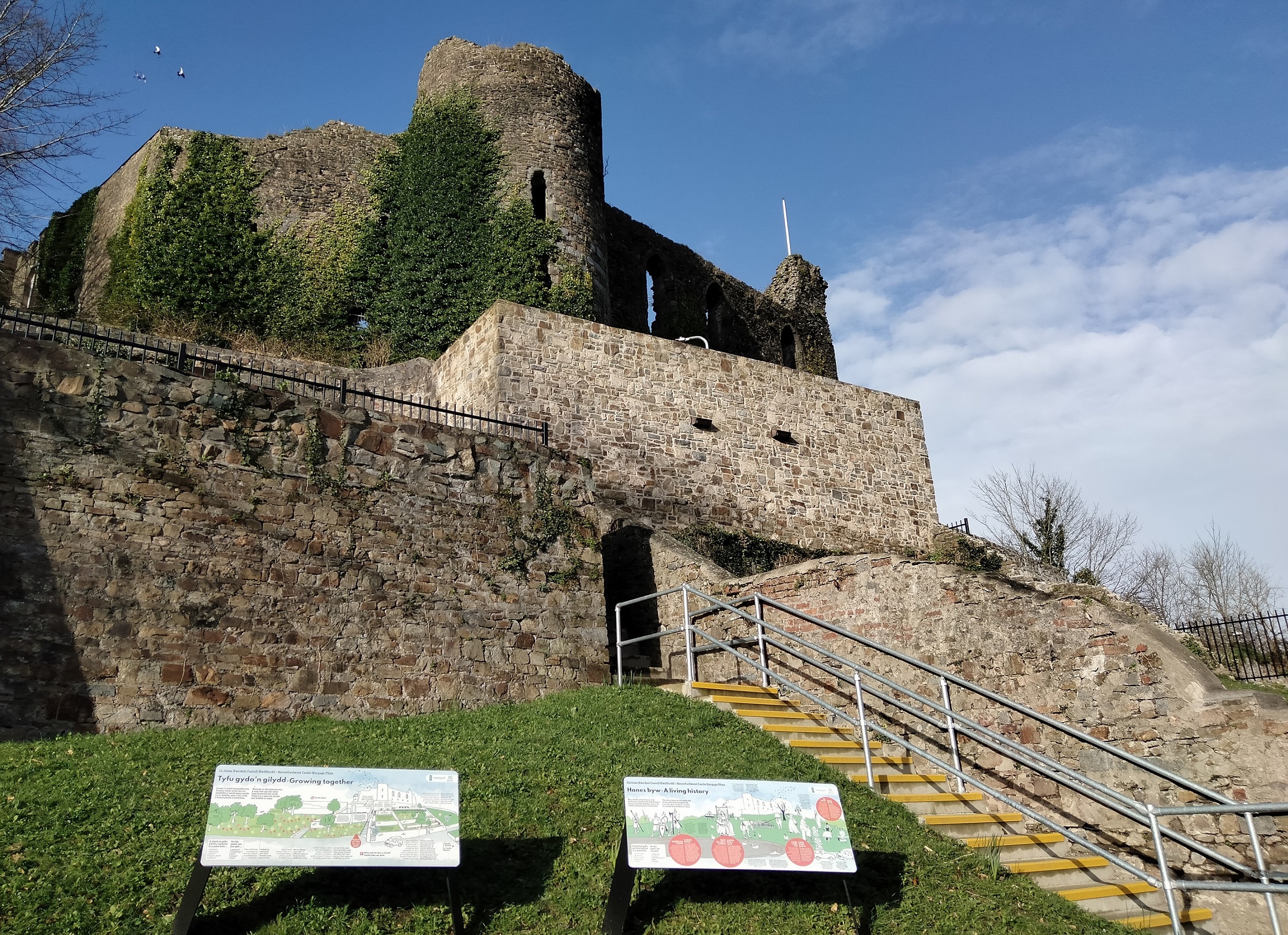 PEMBROKESHIRE COUNTY COUNCIL has been awarded a £10,000 grant by The National Lottery Heritage Fund to carry out Community Engagement on the future of Haverfordwest Castle.

This community engagement will inform planning over the future heritage redevelopment of the medieval castle.

The Council will engage with local people to ensure the project benefits the local community and shapes the castle’s future as a heritage asset for Haverfordwest.

This will aid the Council’s ongoing regeneration of the County Town and provide a popular space for local people and events.

A consultant will be appointed to assess local views; collate ideas and perspectives; capture local people’s memories and stories; identify audiences and ensure engagement with people of all ages and all sectors of the community.

Further information will be made available following the appointment of the organisation that will undertake this important work.

Built in about 1110, Haverfordwest Castle dominates the County Town visually from its hilltop site.

It is a Grade 1 listed Scheduled Ancient Monument and the extensive castle fabric that survives, dates mostly from the 13th century.

The castle was once owned by Queen Eleanor of Castile and within the castle is the Georgian former county gaol and governor’s house, both Grade II listed.

Mike Cavanagh, Head of Culture, Leisure and Registration Services said: “We’re delighted to have received this support thanks to National Lottery players.

“The castle is an integral part of Haverfordwest’s rich history and this money will help ensure the community is at the forefront of shaping this magnificent piece of history to be an important part of the future too.” 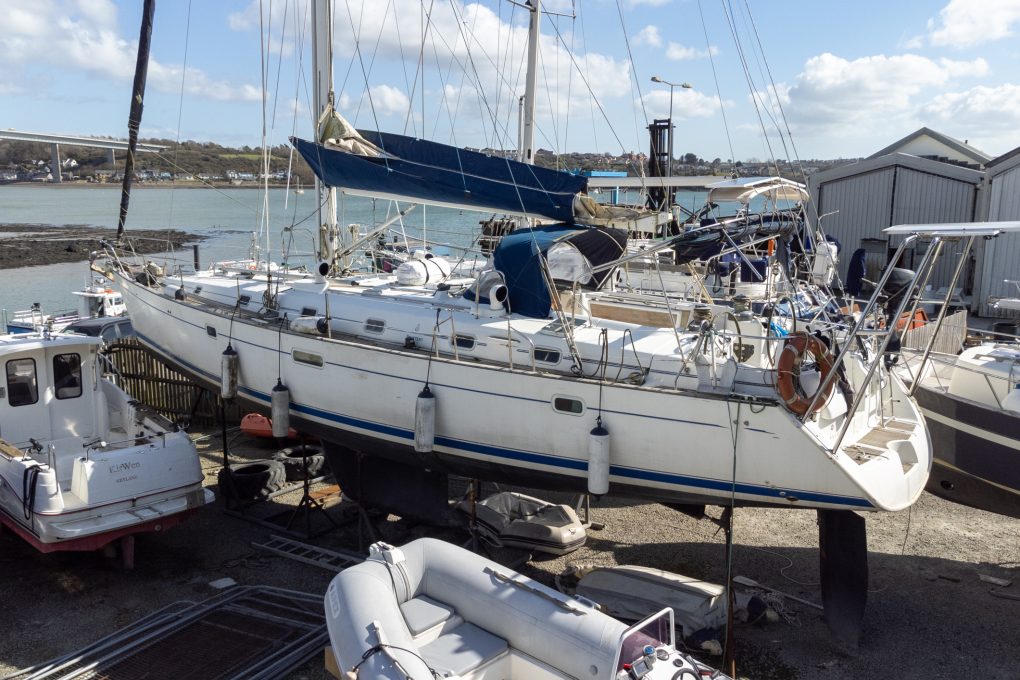 AN AUCTION company has been instructed on behalf of the National Crime Agency (NCA) to sell a yacht used in crime.

Seized under the Proceeds of Crime Act, ‘Sy Atrevido’ will be sold unreserved, meaning it will go to the highest bidder of the auction. Currently located in Neyland, Milford Haven, The Sy Atrevido is a 50ft yacht that was built in 1996.

Bidding will be open to the public in a timed online format. The auction will open for bidding on Thursday 26th May at 11am GMT. Registered customers will have a 24-hour window of opportunity to bid online before the auction closes at 11am GMT on Friday 27th May.

Another seized vessel will be available in the upcoming online auction. ‘Trip Trap’ is a 1977 Mirage 28 sailing boat allocated to auction on behalf of a law enforcement agency.

Berthed at Lowestoft Haven Marina, England, viewing for this vessel can be arranged strictly by appointment only on Thursday 26th May. All details can be found online at wilsonsauctions.com.

Wilsons Auctions’ Government Contracts Manager, Mark Woods said, “We are delighted to manage more seized vessels at auction this month for our vendors. Sy Atrevido is another high-profile UK case on behalf of the NCA with reports that around £60m worth of cocaine was found on board the 50ft yacht.”

“The great range of other luxury Lots should appeal to a wide variety of bidders – new buyers are always welcome to the auction process at Wilsons Auctions. The online element of the auction is extremely convenient for bidders around the world to register and get involved.”

“We are proud to facilitate auctions on behalf of our government and law enforcement agency clients. We play an important role in realising a large quantity of assets on behalf of these clients and in recent years, these auctions have seen us responsible in returning in excess of £130 million back into the public purse,”

Viewing appointments for Trip Trap will be available to book via contacting Mark Woods on +44 (0)2890 342626 or emailing markwoods@wilsonsauctions.com. 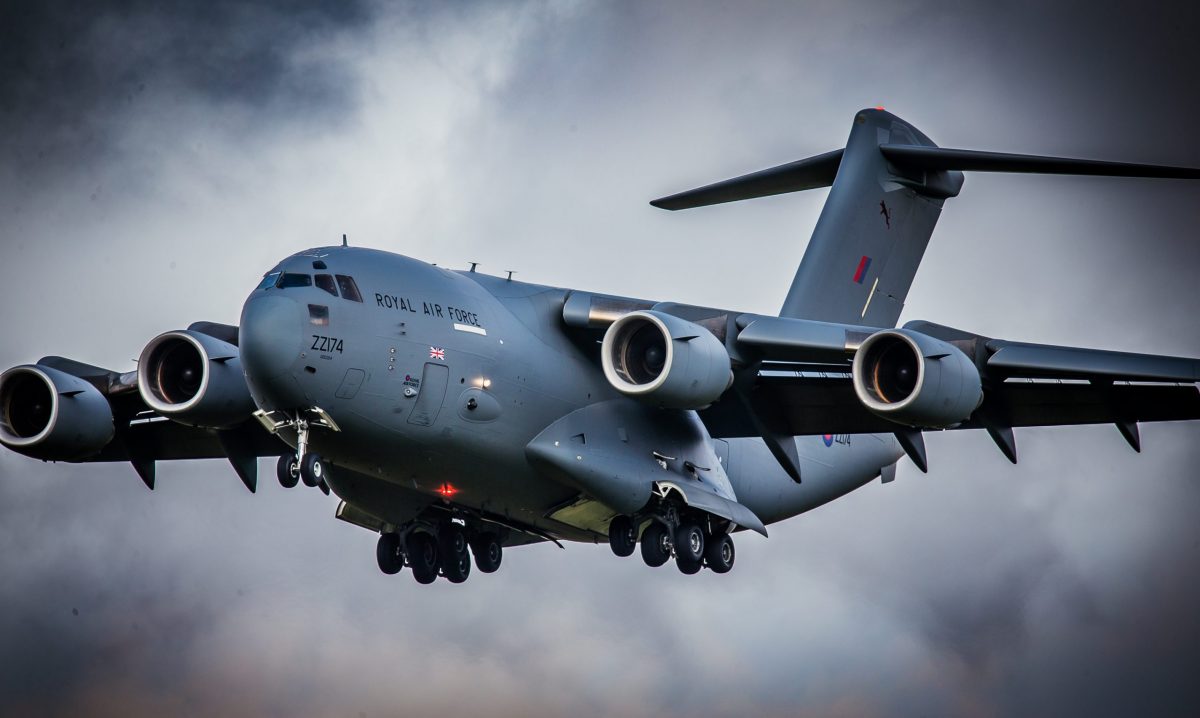 THE C17-GLOBEMASTER aircraft was seen over the county yesterday with many reporting it was flying very low. (May 24)

The huge plane had made the journey from the RAF Brize Norton, in Oxfordshire, and was roaring at low altitude across the county as part of a training exercise – but just off the coast of Pembrokeshire another plane ran into trouble.

The military issued an emergency after an Airbus Voyager KC3 was squawking the emergency call 7700 after refuelling over AARA 12 – an area of sea to the south of Pembrokeshire.

The second aircraft, which was travelling at an altitude of 2250 feet and a speed of 139kmh, has now returned to Brize Norton.

A emergency signal 7700 indicates to all air traffic control(ATC) in the area that the aircraft is in an emergency situation.

However, it is up to the crew of the relevant aircraft to inform ATC what the emergency situation is.

RAF Brize Norton took to Facebook to say: “Our C17-Globemaster aircraft will be operating whilst engaged in essential training.

Regards the second plane, the Airbus Voyager KC3 is a large multi role refuelling tanker transport based on the civilian Airbus A330.

The Voyager is the RAF’s only air-to-air refuelling (AAR) tanker and also operates as strategic air transport.
Fuel is kept in the aircraft’s standard wing and fuselage tanks this leaves room for 291 crew and freight in the hold.

Voyager is also able to act as a passenger aircraft in much the same way as a civilian airliner.

The flights came as personnel from across the Air Mobility Force have been supporting Exercise Swift Response in North Macedonia – the UK’s contribution to the broader NATO deterrence Exercise, Defender Europe.

Led by the C-130J Hercules force, personnel from Nos. 47 Squadron and XXIV Squadron conducted in-depth planning alongside C-17 crews from No. 99 Squadron, culminating in the first ever long-range, O2 high-altitude parachute insertion by a UK C-17. Utilising techniques developed by No. 206 Squadron Test & Evaluation crews for all Air Mobility platforms, this enabled 16 Air Assault Brigade Pathfinders to initiate the exercise – all on time, on target.

Remaining in country, the C-130J has been conducting multiple low level parachuting drops, concentrating forces from the Parachute Regiment into the exercise area. Finally, they have followed up with airborne delivery of heavy equipment supplies, utilising the Container Delivery System method of air despatch. This saw personnel from 47 Air Despatch Squadron, Royal Logistic Corps working alongside their US Army counterparts to rig the containers for despatch – including quad bikes, water and rations to support the troops on the ground.

A hugely joint exercise, it has been enabled by personnel from Airborne Delivery Wing Air Operations, Survival Equipment Section, UK Mobile Air Movements Squadron, the Mobile Meteorological Unit and 16 Air Assault’s Air Cell – all working round the clock to ensure the crews can prosecute their drop zone objectives and that the troops and kit land safely for the work to begin.

It should be especially noted, that despite the C-130J scheduled to go out of RAF service next year, it is still playing a decisive part in operational exercises such as these – and will continue to do so. Ex Swift Response 22 has been conducted alongside the Hercules’ continuous operational and national standby commitments, an Ex Red Flag-Alaska deployment and UK maritime aerial delivery trials – a testament to the engineers that maintain this incredible aircraft, the planners that organise it all and the crews that fly it with such passion.