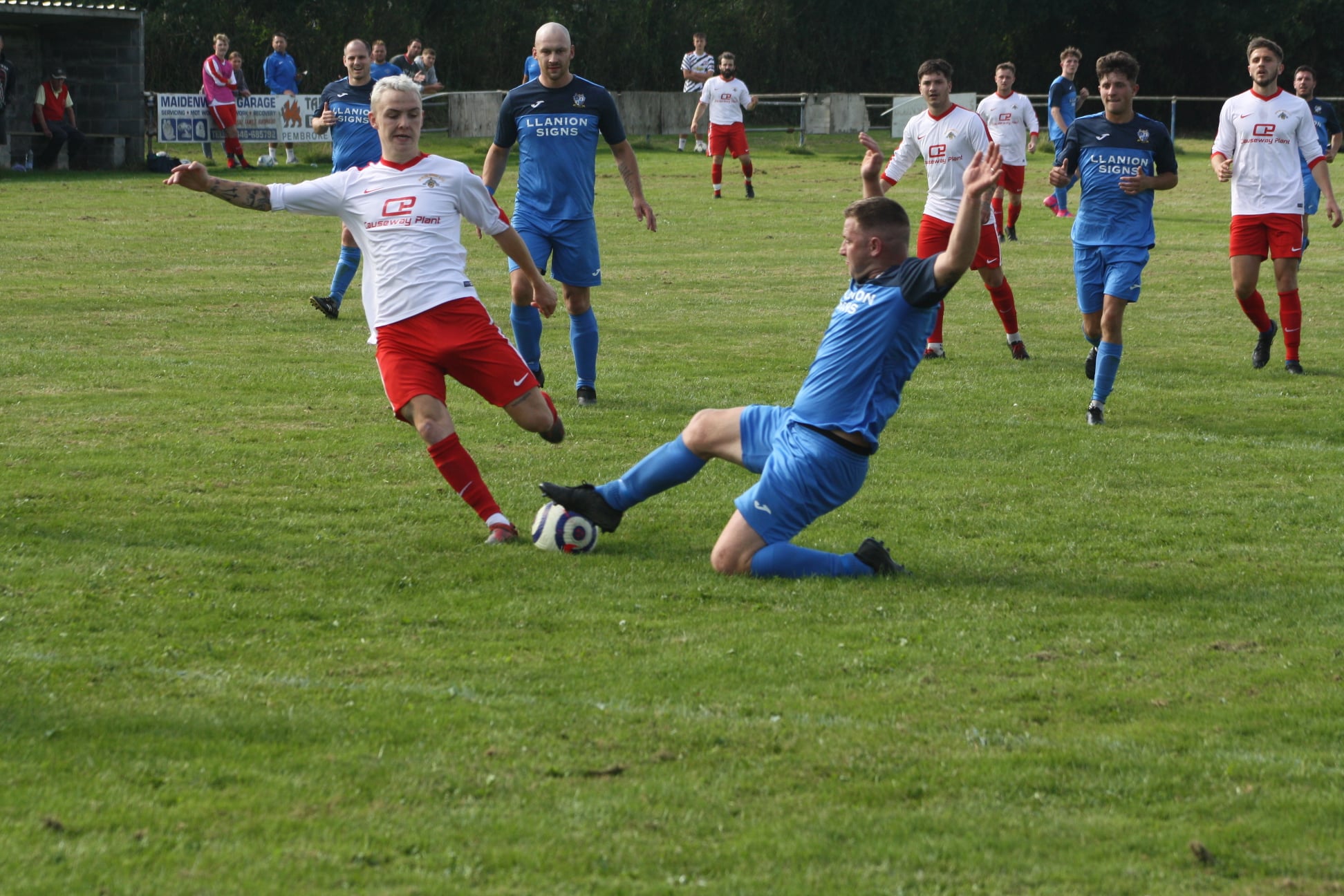 FIVE second half goals from Merlins Bridge helped them to an opening day victory over Monkton Swifts on Saturday (Sept 4).

It was one of the first league football matches played in Pembrokeshire in over 16 months because of the covid-19 pandemic.

The 2020-21 season was cancelled altogether and the return of Saturday league football came with much excitement.

It was the Bridge who got the better of the opening exchanges with a couple of early chances which never tested the Monkton keeper.

He was called into action after five minutes though as former Haverfordwest County man Fraser Finlay cut in from the right but saw his effort saved.

Moments later Scott Ferney passed to Will Haworth who sent it back to Ferney but his effort was pushed wide for a corner.

Finlay then saw a shot hit the side netting as the Wizards looked more likely to break the deadlock.

However, the 2018-19 champions were still a threat going forward with one shot going over while a free kick floated wide.

Inbetween those moments there was another chance for the Bridge as a lofted free kick into the Monkton box was headed goalwards by Ferney but 16-year-old keeper Taylor Gullam made an excellent save.

With five minutes to go until half time a deflected cross fell to Ferney but his shot was cleared off the line by Joe Lewis.

Two minutes later another free kick into the Monkton area found Will Haworth unmarked but he headed wide.

As half time approached the ball broke kindly for Monkton’s but Bridge keeper James Dickson came out well to prevent a scoring chance.

With the score level at the break the game was there for the taking for both sides.

Ten minutes into the second half, the Wizards finally made the breakthrough as Richard Hughes headed home a Will Haworth corner.

Haworth then dispossessed a Swifts defender and scored at the near post to make it 2-0.

Scott Ferney raced clear to slot the ball home for number three and Fraser Finlay made it four as he cut in from the right and fired the ball into the top corner to get his name on the score sheet.

Late on Ferney scored his second from close range to make it 5-0 to give the Wizards a perfect start to the season.