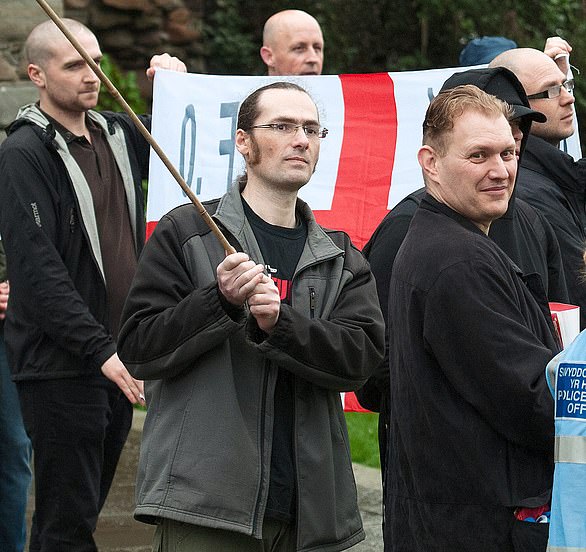 A TRIAL date has been set for a man accused of distributing racist and anti-Semitic podcasts from a Pembrokeshire-based internet radio station.

James Allchurch, 49, who told the courts he wants to be known by his DJ name, Sven Longshanks, appeared at Swansea Crown Court on Wednesday morning (Sept 15).

He is currently of no fixed abode, but is formerly of Chapel House, Gelli.

The defendant denied 15 charges of distributing a sound recording stirring up racial hatred on or before May 17 2019 to on or before March 18 2021, and spoke only to confirm his name and reply “not guilty” as each charge was read out.

The charges allege that he distributed recordings with titles including Rivers Of Blood, Banned In The UK, The Leftist Supremacist Mindset, and The Usual Suspects.

Judge Paul Thomas told him: “Your trial will be on June 27 but there will be a further hearing either in March or April.”

The defendant, of no fixed address but originally from Pembrokeshire, was released on unconditional bail.

Harpreet Sandhu appeared for the prosecution during the hearing, while Laura Miller represented Allchurch.

At the previous hearing in Haverfordwest Magistrates’ Court James Cable for the CPS said “The charges relate to the ownership and hosting of an online radio station, a website with podcasts which were available to the public without the need for any paywall or passwords.

“The station was called Radio Aryan until November 2019, then it changed its name.”

Mr Cable continued: “12 of the charges relate to material allegedly offensive to people from black or ethnic minority communities.

“The remaining three relate to podcasts said to be anti-Semitic.

Longshanks, dressed in a protective suit, dark glasses, and rubber gloves, openly admitted that he ran the station, which he called in court his “life’s work”.

Indeed, he told the judge the reason he changed his name from James Allchurch to Sven Longshanks was that it was his “life’s work that is on trial” and “that’s the name that my work is published under.”

Defence lawyer at that hearing, Kevin Smallcombe, said the issues in the case would be “academic research, freedom of speech and journalism”.

The CPS agreed in Haverfordwest that the case did not need to be dealt with in London in the terrorism list, but could be heard at a local Crown Court.