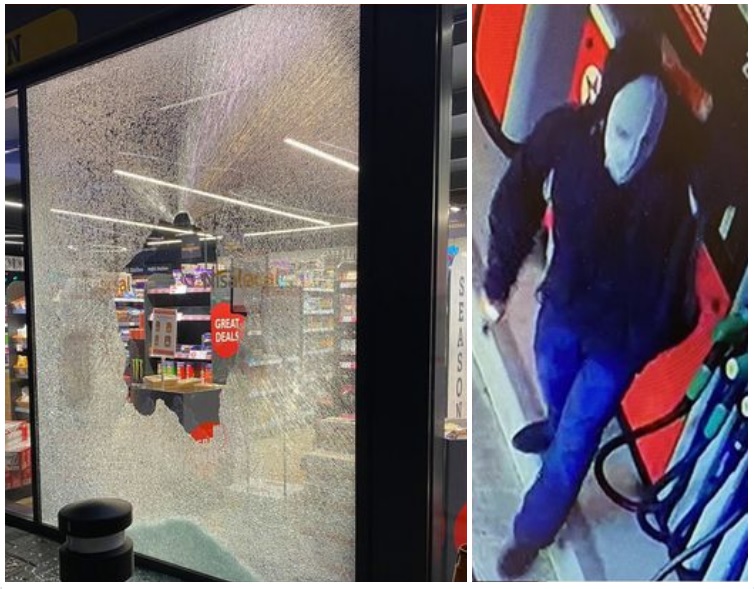 The individual involved, wearing gloves and using a hammer, smashed a window – but was captured on CCTV.

A spokesperson for the garage said on social media: “The repairs, initial cost, will be at least £2000 which is money that could have been used to sponsor local football, rugby or other community projects.

“Whilst the full CCTV is being reviewed, a snapshot of a person [has been released].

“We will use the full extent of the law and prosecute.

“This is wanton damage to a business that works with the community and this is how one individual decides we should be repaid.

“Just another reason why opening 24/7 is a good thing.

“At least if the store was open, this would NOT have happened.

The garage later said they were bringing 24-hour opening forward.

On a Facebook post the garage said on Monday (Sept 20): “Due to the vandalism at our store, we have brought the 24-hour opening forward to Thursday. If the store had been open 24/7 this would NOT have happened.

“We will now be open 24 hours from THURSDAY 23rd September.

“Thank you for all the support locally to make this happen.”