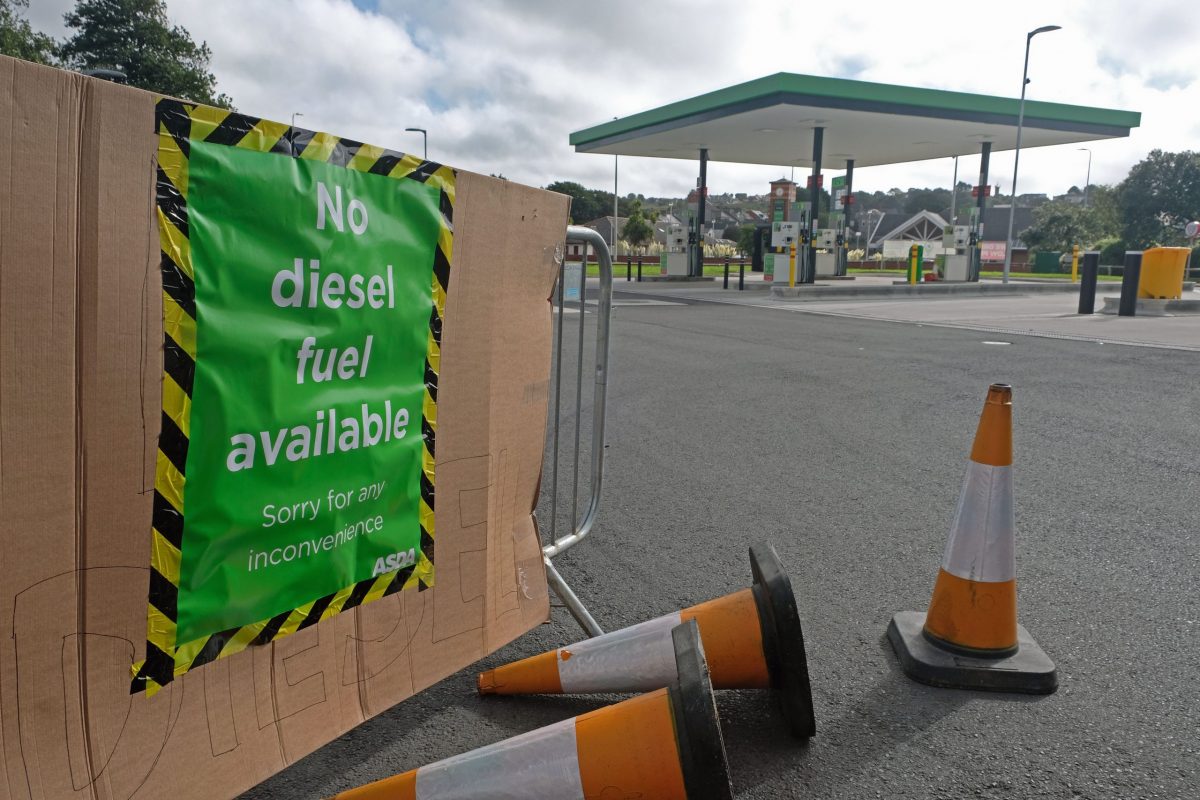 Petrol stations in Pembrokeshire, and across the UK, have struggled to keep stocked over the last few days, with several running dry altogether. Other forecourts have run out of certain fuels, with diesel it seems, in particularly high demand.

Officials said the move would make it easier for companies to share information and prioritise parts of the country most at need.

It follows days of long queues at the pumps, after fears of disruption to the fuel supply sparked larger than usual demand at the petrol pumps.

The news comes after it emerged that hundreds of soldiers could be scrambled to deliver fuel to petrol stations running dry across the country. The plan expected to be considered by Boris Johnson on Monday (Sept 27).

The prime minister will gather senior members of the cabinet to scrutinise “Operation Escalin” after BP admitted that a third of its petrol stations had run out of the main two grades of fuel, while the Petrol Retailers Association (PRA), which represents almost 5,500 independent outlets, said 50% to 90% of its members had reported running out. It predicted that the rest would soon follow.

Conceived years ago during the planning for a no-deal Brexit, “Operation Escalin” would mean hundreds of soldiers being drafted in to drive a reserve fleet of 80 tankers. It is understood that it would take up to three weeks to fully implement, because some of those mobilised may already be on other deployments and others could be reservists. Escalin was touted as an option last week, but government sources downplayed the chance of its activation.

“While there has always been and continues to be plenty of fuel at refineries and terminals, we are aware that there have been some issues with supply chains.

“This is why we will enact the Downstream Oil Protocol to ensure industry can share vital information and work together more effectively to ensure disruption is minimised.

“We thank HGV drivers and all forecourt staff for their tireless work during this period.”

Transport secretary Grant Shappson on Sunday urged people to “be sensible” and blamed “one of the road haulage associations” for what he called a manufactured crisis, suggesting on Sky News that the group had leaked details from a meeting last week about driver shortages at fuel firms. However, the Road Haulage Association branded it a “disgraceful attack” concocted to “divert attention away” from the government’s handling of the issue.