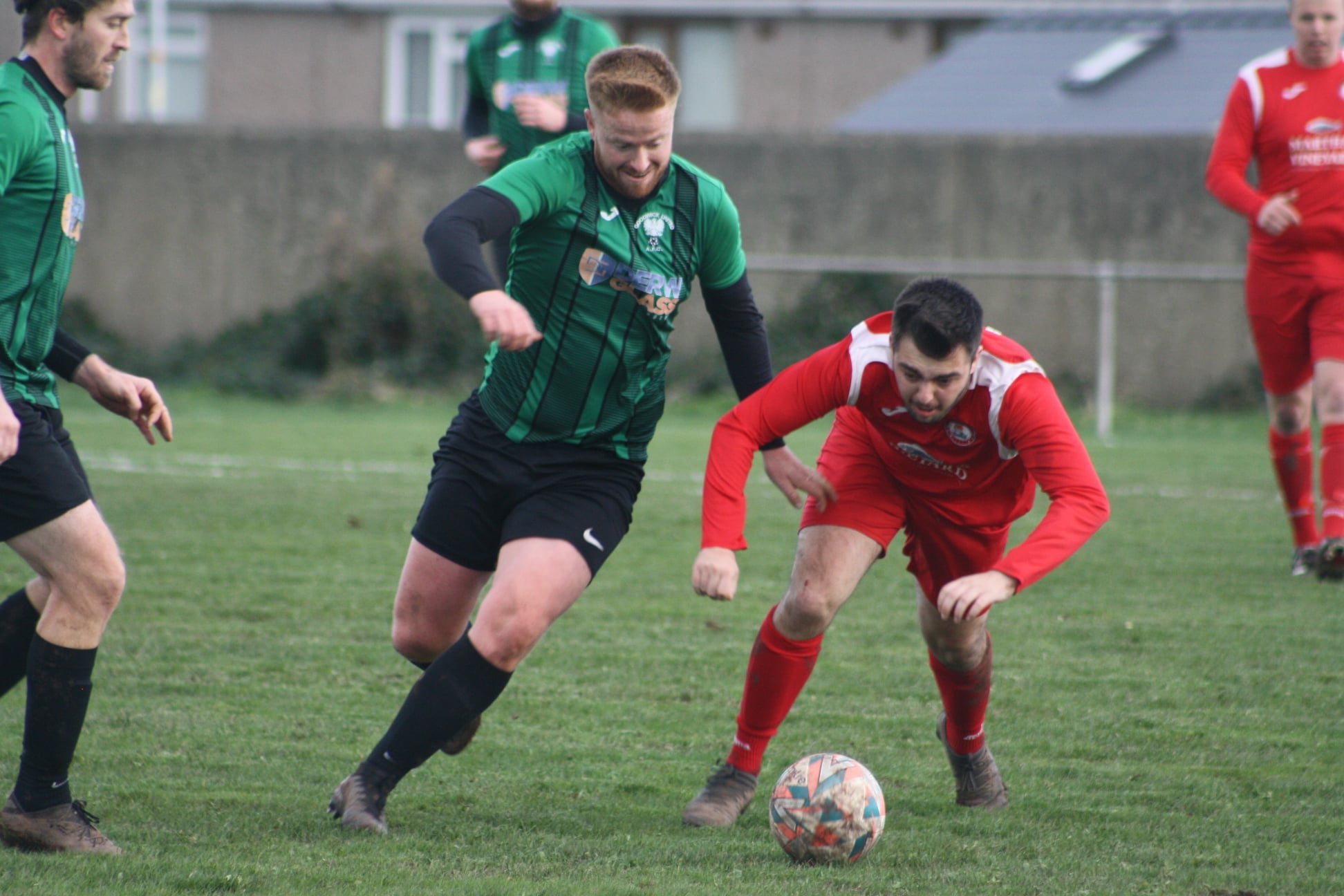 Before the game, a minutes applause was held in memory of George Davies, on the first anniversary of his passing. It also coincided with the ten-year anniversary of the passing of Gary Speed.

The game kicked off with wind blowing across the pitch, making it difficult for both sides.

Such was the strength of the wind on one occasion a cross from the left went behind on the left hand side of the goal.

At the other end Liam Parr looked to set up a chance for his side but his cross went out of play.

It remained 0-0 at the break with Milford the happier of the two sides as they looked to cause a cup upset.

The young Milford side knew they would have to take their chances if they were to do so and their good football set up chances on the counter for Joel Blair and Liam Parr and Liam Parks but they were unable to find the net.

It was Goodwick who took the lead though, five minutes into the second half as a cutback from the left wing evaded the Milford back four and Dan James found the back of the net.

They got their second goal six minutes from time as a well worked move carved an opening for Rob Morgans to score.

Milford’s coaches were pleased with the performance of all 14 of their players but a little disappointed that they weren’t able to find a goal that would have given them a chance of making the next round.

It was an excellent game of football with both teams showing their respect at the final whistle.

There is more cup action for Goodwick United on Saturday, December 4, as Goodwick host South Gower in the West Wales Cup.

Milford are back to action in Division 2 as they take on Hakin United seconds.