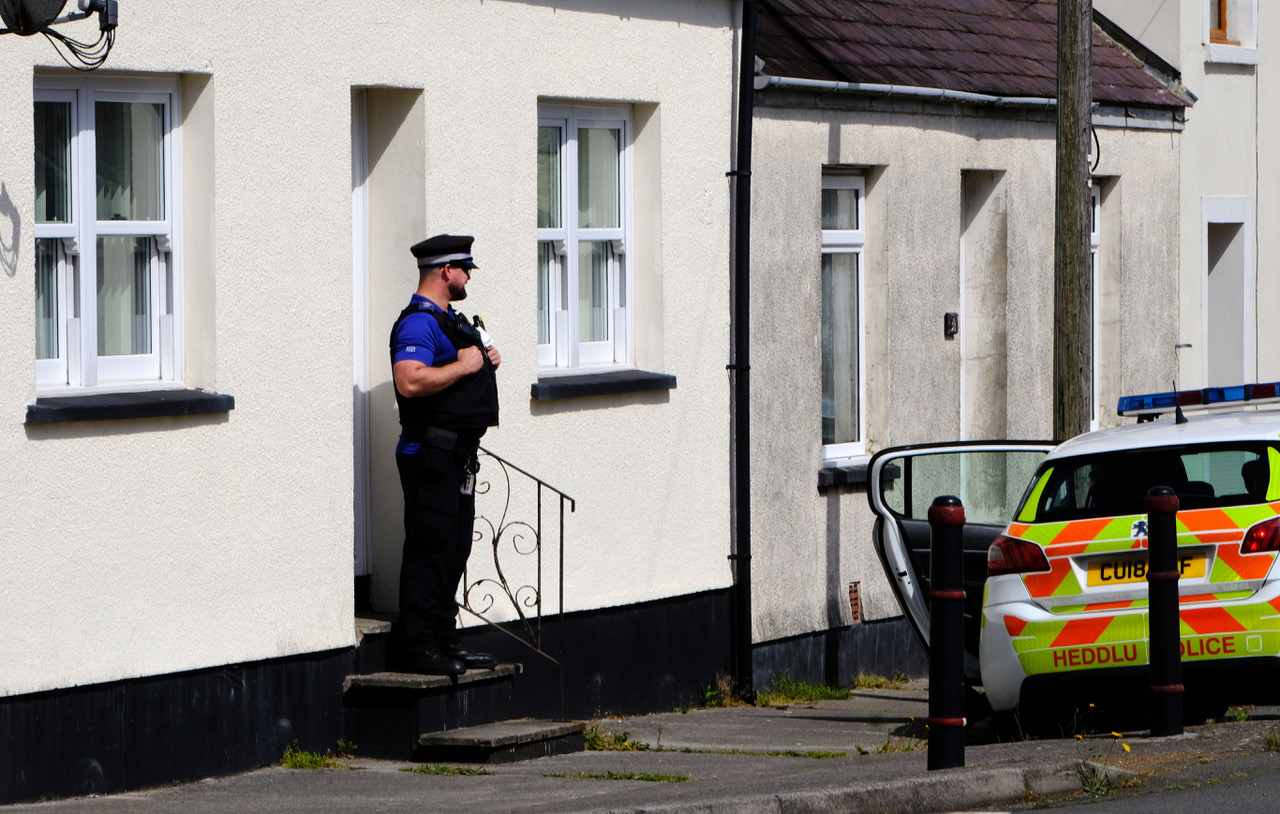 THE PEMBROKESHIRE man who was accused of murdering Lisa Fraser has comitted suicide in whilst in the cutody of the HM Prison Service, Swansa Crown Court has beent told.

Matthew Harris was due to stand trial for the murder of Lisa Fraser in Pembroke Dock last month.

At the court hearing there was talk between parties whether Harris should be taken to prison, or a secure psychiatric unit.

It was decided in the court that he would be rushed to Swansea Crown Court the next day, and that would be a metter for them.

Accordingly, he appeared before Judge Paul Thomas QC at Swansea Crown Court on Tuesday, May 17.

On Monday (Jun 13) the defentant was due to appear at crown court for a pre-arranged plea and trial and preparation.

A Dyfed-Powys detective sergeant who was part of the investigation into the murder of Mrs Fraser that Harris hanged himself in his cell at HMP Long Lartin, categorised as a CAT A high-security prison.

His body found by prison officers on May 28, he said. 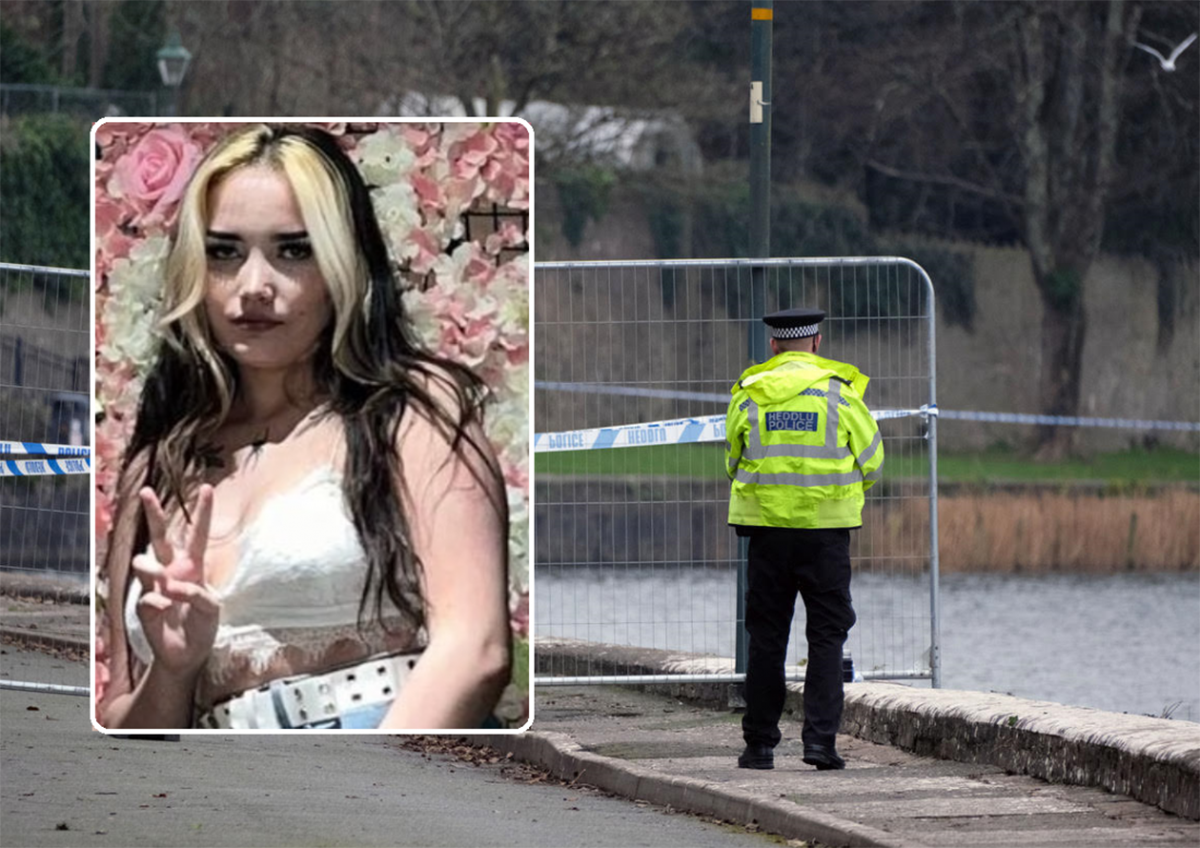 However, the court was adjourned after new evidence was presented that there was a sexual element to the murder.

Haines, of Flemish Court, Lamphey, was scheduled to stand trial for Ms Sullivan’s murder on June 20. However, on June 13, at a hearing in Swansea Crown Court, he changed his plea to guilty.

The Crown claimed that when Miss Sullivan’s body was discovered, her state of ‘undress’ indicated that a sexual element had been involved prior to her murder.

Haines’ barrister, John Hipkin QC, requested a brief adjournment to discuss the issue with his client, which was granted by Judge Thomas.

“It is regrettable that this case will have to be put back until later this month,” said defence barrister, John Hipkin QC.

“Material that we need we have not yet got from the Crown which would help us in terms of the advice that we tend to Mr Haines.”

Today’s new evidence presented by the Crown in relation to Lewis Haines’ proposed sentencing has been described as a “substantial issue” by defence barrister John Hipkin.

“It’s a substantial issue and is one that requires proper consideration and instruction to be determined,” he added.

” What we envisage doing is speaking to the defendant in custody armed with further information from the Prosecution and then what form we envisage the case proceeding to sentence.”

Judge Paul Thomas QC stated that an adjournment is required before he can make a decision on Haines’ sentence.

Members of Lily Sullivan’s family were in court, awaiting the sentencing.

Judge Paul Thomas QC apologised to them for the unprecedented turn of events that occurred today.

“I’m terribly sorry that we can’t deal with this today,

“It must be terribly frustrating for all of you, having psyched yourselves up, simply to find that we can’t go to sentence today. I am sorry.

“But the most important thing here is to make the sentence right. So with my real apologies, we’ll try to find a date that’s acceptable.”

The case against Lewis Haines has been postponed until July 28, with the substantive hearing scheduled for July 22 and possibly part of July 23.

Lily was tragically murdered on December 17 after a night out in ‘Out’ Nightclub, which is located on Main Street, Pembroke.

CCTV footage shows Ms Sullivan speaking to Haines in the nightclub before leaving separately. Additional footage also shows the two of them speaking once again outside of the club.

The pair were seen walking down an alleyway headed towards Mill Pond where Lily’s body was later discovered.

Another image captured by CCTV showed Haines running along a bridge close to Pembroke Castle.

At a previous inquest hearing, Coroner’s officer, Lisa Jenkins, stated that police were called to the Mill Pond at 4:12am following reports that a female body had been seen in the water.

Despite resuscitation attempts Lily was pronounced dead at 6.02am. It was later revealed that she had been strangled to death.

Following her death, Miss Sullivan’s family released a statement. It said: “Lily was a kind and caring daughter,

“She will be deeply missed by everyone. The family are very thankful to all of Lily’s friends for their support.”

Father of two, Haines, was a well-known cricket player who was wicket keeper for his local team – Lamphey.

He had been described as “a hard-hitting batsman” who “liked to party and celebrate the wins.”

Narberth man, 63, arrested over alleged sexual communication with a child

A NARBERTH man has been arrested after a sting operation by paedophile hunters The Dank Dragons this week.
Robert Daye, 63, was taken into custody on Monday (Jul 4) following an allegation that he had been in sexual communication with decoys from the organisation – one allegedly aged 13
As court proceedings are active we can not provide the further details at this stage.
The police said in a statement: “Robert Daye has been charged with four counts of engaging in sexual communication with a child and has appeared at Llanelli Magistrates Court.”
We are currently awaiting the court results for the initial hearing.

DJ Longshanks trial delayed until next year due to barristers’ strike 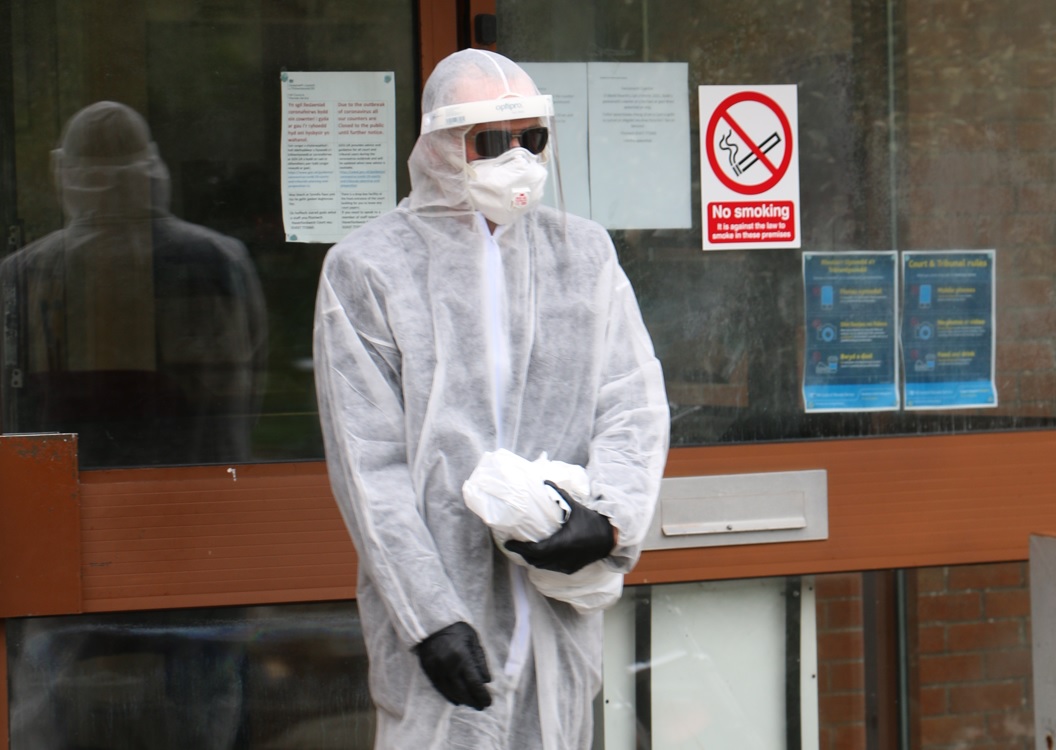 THE TRIAL of a Pembrokeshire man accused of making racist podcasts has been delayed by almost 10 months by the barristers’ strike.

James Allchurch, 50, of Gelli, denies 15 charges of distributing a recording to stir up racial hatred.
The hearing commenced on Wednesday but on the third day of the trial, Judge Huw Rees announced that due to ongoing industrial action, which increases to three days next week, the case would have had to have been split up.

This would have resulted in two days being set aside on July 7 and 8 and then, following a two-week break, the hearing would have resumed on July 25, 26, 27 and 28.
However, a note was passed to the court informing them that five jury members would be unavailable due to pre-booked holidays.

Allchurch, who used the name Sven Longshank on his podcast, denies 15 counts of distributing audio material to stir up racial hatred over a two-year period.

Until then, Allchurch of Gelli, Narberth, was granted unconditional bail.

The 50-year-old denies all counts. Earlier this week, the court heard how Allchurch presented the shows under the name Sven Longshanks – something that Mr Wright told the jury had historic connotations. He said: “The prosecution suggests the recordings were plainly insulting and abusive and intended to stir up racial hatred or at the very least likely to stir up racial hatred. As the name suggests the content was racist and white supremacist in nature. This defendant was the proprietor and responsible for the content on those webpages.
“He presented the podcasts using the name Sven Longshanks – a reference to King Edward I who was known for an edict of expulsion in 1290 by which all Jews were expelled from England. It is no coincidence this defendant chose to adopt the name while he posted racist podcasts. His co-host was Alex Davies, a white nationalist and one of the founding members of National Action, a racist neo-Nazi group which has carried out a number of provocative street demonstrations in the UK.”
The jury was read extracts from the podcasts by Mr Wright. In one episode he quoted Allchurch referring to black people and saying: “They are not equal to us” before later adding: “You cannot change the way people are. You cannot change the way things are created. The negro was created to be a negro. He was not created to be a white man. He wasn’t created to function as a normal white man. In white society he would fail.”

In another podcast the court heard Allchurch said: “How can anyone think a person migrating from a third-world country is coming to give us something? They are coming here to take whatever they can. That’s what they’re doing. It’s madness. ‘I want to go to Great Britain because they have high benefits – all I have got here is a s made out of cow dung. I go there I’ll be given a house made out of bricks and mortar.'”

A music extract described as “one of Mr Allchurch’s favourite tracks” was played to the court from another podcast which included lyrics such as: “Aryan pride” and “Life was better 50 years ago when Adolf Hitler dropped the Jews a new robe”. In another podcast, discussing providing aid to developing countries, he stated: “We do need to reduce the amount of negros that Africa is producing. They have got a billion over there at the moment and they believe there will be two billion within 30 years. And you can just imagine in another 30 years it will be four billion. Then they are just going to swamp the entire planet with a creature that is unable to find its own food and water and requires constant looking after.” He added that foreign aid needed to be dependent on a programme of sterilisation, stating: “If we left them to their own devices we could let nature take care of them. Epidemics such as ebola or monkeypox would effectively cull large swathes of their population.”

The court heard that following his arrest by police a laptop was recovered from Allchurch’s home which upon examination found the podcasts on the laptop. Notebooks containing usernames and passwords were also seized. During police interviews Allchurch admitted he was ‘Sven Longshanks’ and that he had adopted the name to protect his identity. He told officers he set up Radio Aryan as a project but also a hobby. He denied it was to stir up hatred and said he discouraged extremism and violence. He told officers he did not believe Jewish people had been subjected to execution in gas chambers. The trial continues and is expected to last for two weeks. 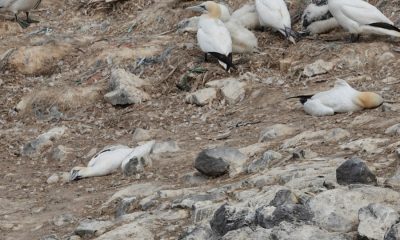 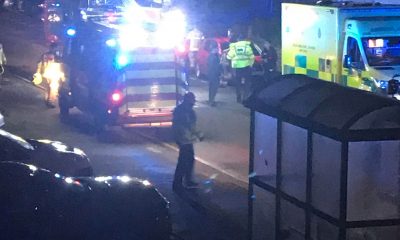 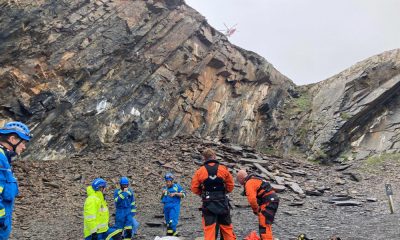 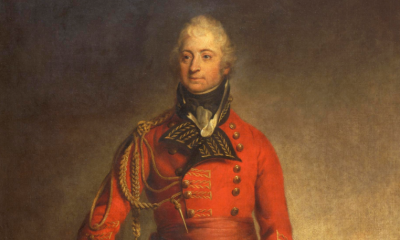 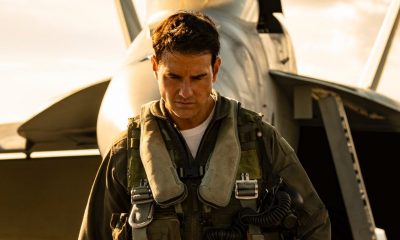