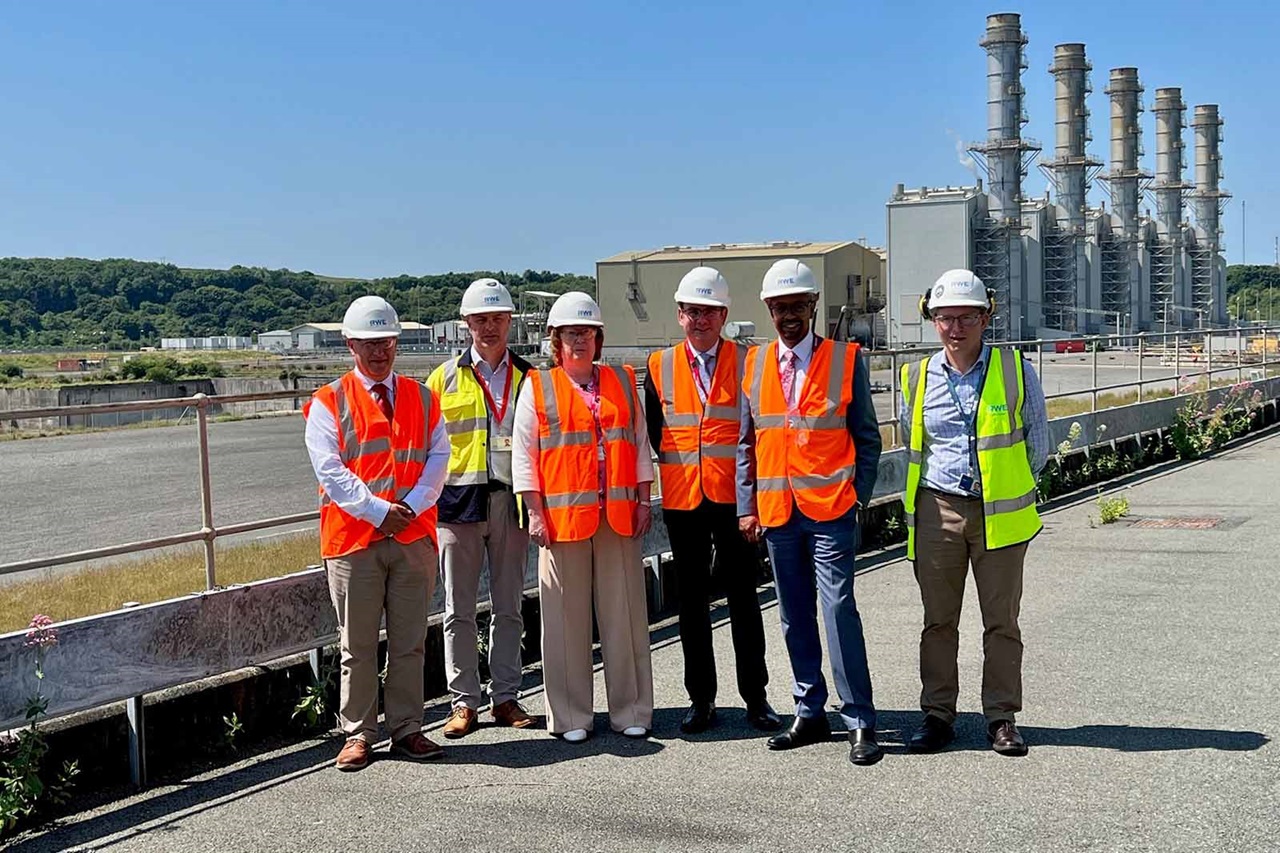 WALES’ largest power producer and number one renewable energy generator, RWE, welcomed Minister for Economy Vaughan Gething MS to the Pembroke site for a site tour and discussion on how the company is supporting Wales’ net zero ambition.

The company recently launched the ‘Pembroke Net Zero Centre’ (PNZC) as the hub for RWE’s decarbonisation projects and development activities in the Celtic Sea. PNZC is made up of three distinct pillars:

Decarbonisation of Pembroke Power Station via blending and combustion of clean hydrogen and carbon capture and storage, including feasibility studies on retrofitting the existing power plant;

Floating Offshore Wind development in the Celtic Sea. RWE is seeking to build Giga-Watt scale floating wind in the Celtic Sea and has signed MoU’s with ABP Port Talbot and the Port of Milford Haven to support this initiative.

To complement these decarbonisation ambitions RWE is also exploring large scale deployment of battery storage technology at the Pembroke site.

The Minister was taken on a tour of the site and shown the existing power station and the location of potential future infrastructure including a hydrogen electrolyser and battery storage. Skilled staff from the site were on hand to explain how the existing power plant, which generates enough power for 3.5m homes, operates.

The team also discussed with the Minister how the deployment of net zero technology at Pembroke Net Zero Centre will help unlock the route to Net Zero in South Wales, and help support the future of existing industries, businesses and jobs. This initiative, as part of the South Wales Industrial Cluster, will attract new industries and businesses, further developing the production and use of hydrogen for industrial usage, power generation and transport across the region. At the same time, in close collaboration with its partners, this initiative supports the development of infrastructure to transport hydrogen and carbon (CO2), e.g., by pipeline or by ship, necessary to decarbonise the UK’s 2nd largest industrial cluster.

Tom Glover said, ”We are delighted that the Minister for Economy, Vaughan Gething had the opportunity to meet our team at Pembroke. The site is unique with all elements to become a hub for decarbonisation, including floating offshore wind accessibility, land for the development of large-scale electrolysers, electricity and gas grid connections and a gas-fired power station providing firm and flexible power. RWE’s investment in decarbonisation has the potential to see our company maintain its position as the green power leader in Wales.”

Economy Minister, Vaughan Gething said: “The Welsh Government wants to see Wales become a global leader in new offshore renewable energy generation. It is not only great for our climate but has the potential to be a gamechanger for our economy, bring quality, skilled jobs to our communities.

“RWE is a leader in the growing renewable energy sector and it will have a crucial role to play in helping us meet our ambitious decarbonisation aspirations. I was delighted to meet the team here at the Pembroke site and hear more about RWE’s plans to use green hydrogen to decarbonise its existing assets.”