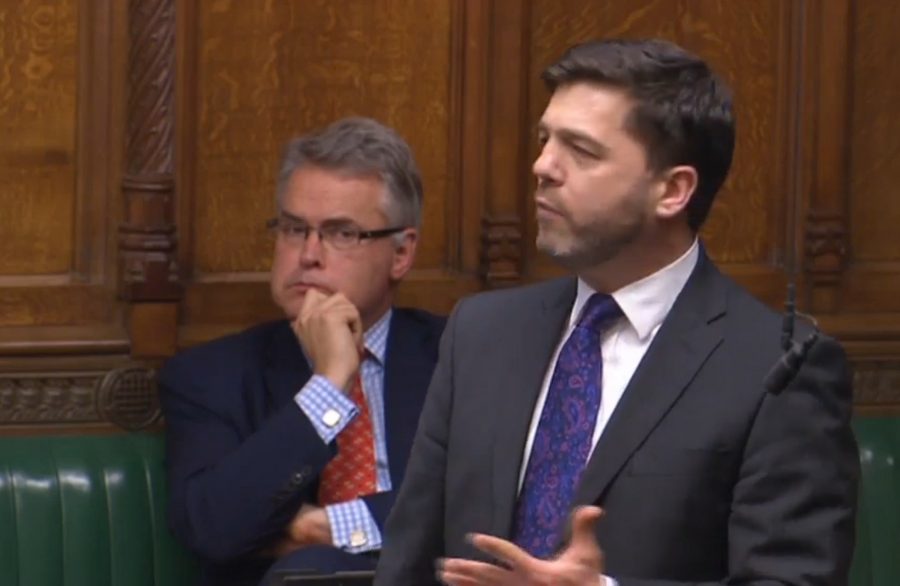 The Preseli Pembrokeshire MP. himself a former junior government minister, say he voted against the PM during the confidence vote.

In is article, written excusively for The Pembrokeshire Hearld’s edition this Friday, Stephen Crabb MP said: “For a full eight months our national politics has been dominated by one theme above all others: the fitness of Boris Johnson to be Prime Minister.

He writes: ‘Ever since he asked his MP’s to vote to blow up the standards procedures in Parliament, in order to protect one colleague who had fallen foul of the rules about second jobs, an increasing number of Conservatives have come to the conclusion that he is not the right person to be leading our country.

‘Many of us who refused to support that vote back in November were willing to give the Prime Minister another chance to show that he could lead with good judgement. But we made clear that we did not want to see further episodes like this.

‘The Ukraine crisis has provided an opportunity for the Prime Minister to play to his strengths. He has shown a clarity and sense of purpose about the Russian threat that some other European leaders have shied away from.

‘But, at the same time, he struggled to fight off the questions over his handling of the allegations about Covid rule-breaking in Downing Street. As loyal Conservative voters expressed their anger and frustration to us about the reports of parties and other gatherings, the response from inside Number 10 fell short of being an honest and straightforward account.

‘Given the outcome of the Police investigation, and the damning content of the Gray Report into the matter, a majority of us on the backbenches came to a clear view that the only way for a line to be drawn properly under the matter would be for Boris Johnson to resign.

‘I voted against the Prime Minister when we were given the opportunity in the vote of confidence a month ago. The majority of backbenchers did likewise. But he was able to stay in post as a result of the votes of ministers and others on the so-called government ‘payroll’.

‘In the run-up to that vote a handful of constituents contacted me to urge that we give Boris another chance. Pembrokeshire was a Brexit-voting County and many local people credit Boris with getting it across the line.

‘But I have no doubt whatsoever that a majority of my constituents now want to see him move aside to allow fresh leadership to come forward. Every day I open my email inbox; every Q&A session I hold in the constituency; every time I visit Tesco or Morrisons in Haverfordwest, the feedback I receive is consistent and overwhelming: Boris Johnson should resign.

‘The latest episode that has dominated the news this week has just shone a spotlight again on the same basic questions about honesty that have hung over the Prime Minister all year. But the truth is that, among voters, the dial has already shifted.

‘On Tuesday night some senior members of the Cabinet decided to take the difficult decision to leave Government. After months of trying to hold the line and give the Prime Minister some cover, they too now realise that things cannot continue like this.

‘At a time of soaring prices and increasing hardship for many families, basic trust in government is essential. Trust is what gives governments permission to take difficult, sometimes painful, decisions. That trust has been draining away month after month as the controversies have piled up.

‘This issue is far more important than the electoral fortunes of the Conservative Party. For the good of the country, Boris Johnson should resign and he should resign quickly.’

Narberth man, 63, arrested over alleged sexual communication with a child