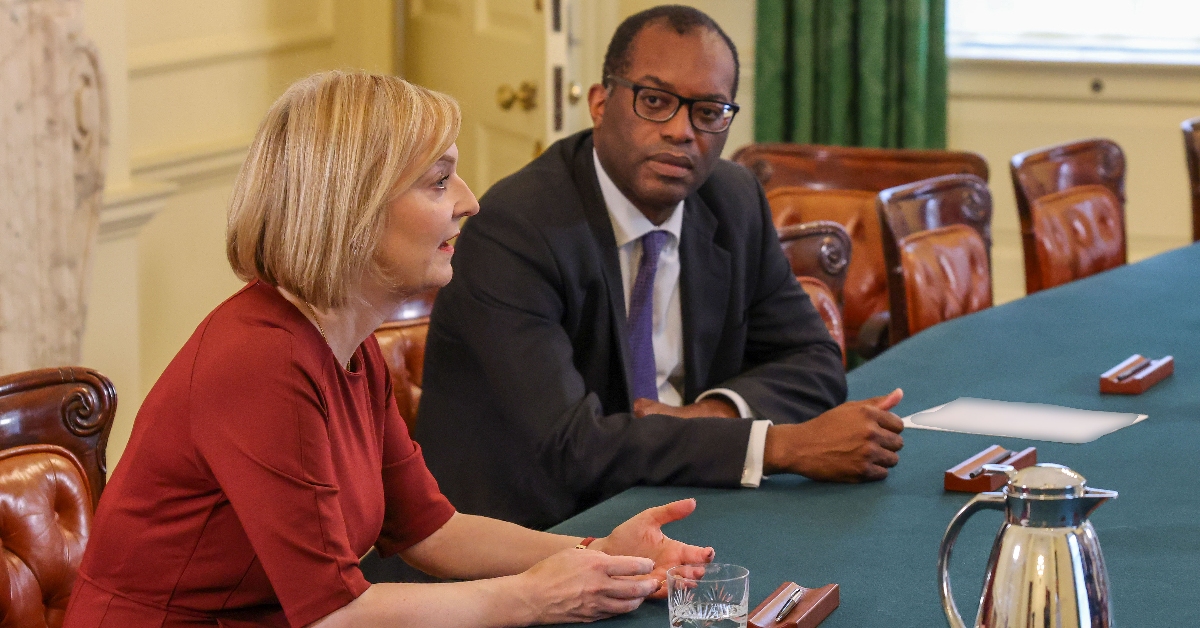 PRIME MINISTER Liz Truss and Chancellor Kwasi Kwarteng have performed an extraordinary U-turn on plans to scrap the top rate of tax.

The Chancellor has made a statement this morning, reversing the proposed scrapping of the 45p rate of income tax.

Scrapping the top rate was a key part of last Friday’s mini-budget aimed at boosting growth.

The U-Turn comes after a huge backlash to the proposed tax cut for those in the UK who earn more than £150,000 a year.

Kwasi Kwarteng said: “From supporting British business to lowering the tax burden for the lowest paid, our Growth Plan sets out a new approach to build a more prosperous economy.”

“However, it is clear that the abolition of the 45p tax rate has become a distraction from our overriding mission to tackle the challenges facing our country.”

“As a result, I’m announcing we are not proceeding with the abolition of the 45p tax rate. We get it, and we have listened.”

“This will allow us to focus on delivering the major parts of our growth package.”

“First, our Energy Price Guarantee, which will support households and businesses with their energy bills.”

“Second, cutting taxes to put money back in the pockets of 30 million hard-working people and grow our economy.”

The decision to cut tax without a plan to pay for it caused a sharp fall in the value of the pound on currency markets, which reached an all-time low against the dollar in Asian markets, and a rapid rise in costs of government borrowing.

Both are indicators of the strongly negative reaction of financial markets to the mini-budget.

Over the weekend Welsh Government requested an “urgent” meeting with UK Chancellor after his tax-cutting mini-budget threw the financial markets into turmoil.