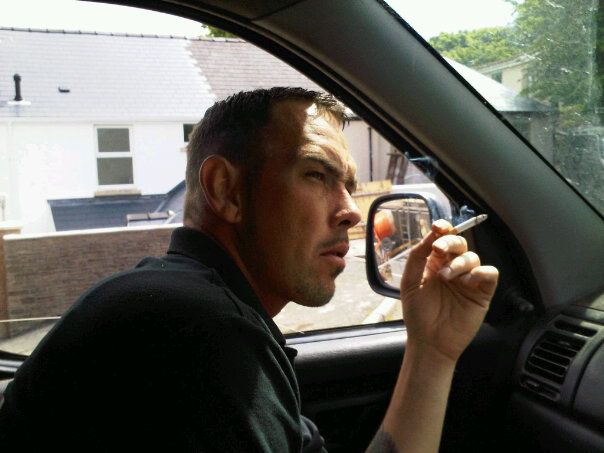 A BUILDER who continued to carry out shoddy work after appearing in court has started a 10 month prison sentence.

Scott Keane, of Milford Haven, appeared at Swansea Crown Court on Thursday October 6th in a case brought by Pembrokeshire County Council’s Trading Standards team, who described him as a rogue builder in a post-court press release.

The charges related to the poor replacement of a flat roof with a fibre glass roof in April 2021 and the removal of a chimney in July this year.

Both examples of shoddy work left householders out of pocket and having to carry out expensive remedial work.

Keane charged the householder £1,950 for the fibreglass roof which was also intended to be used as a terrace.

However, within days it became obvious that the work had been very poorly carried out and the roof was lifting away.

The structure was left unsafe. It had to be removed and replaced at a further cost of more than £2,000.

In July this year Keane was approached to take down a chimney and make good a roof of a home in Milford Haven.

The work was extremely poor, including removing brickwork in the dividing wall between neighbouring properties and creating a fire risk.

Keane did not respond to requests to return to rectify the problems or requests for a refund.

The householder contacted Trading Standards and an expert’s report said the roof had been left prone to storm damage with potential for debris to cause further damage and/or injury.

The roof was examined and cost of £1,500 to repair was estimated.

The chimney work happened just months after Keane had been placed under a suspended prison sentence in January 2022 for earlier shoddy work offences.

Then Keane had left a disabled pensioner with a leaking roof that needed to be replaced.

Cllr Michelle Bateman, Cabinet Member for Regulatory Services, said: “Pembrokeshire County Council is pleased with the imposition of a 10 month prison term for Scott Keane. The fact that he committed further unfair trading offences while placed under a suspended sentence shows a blatant disregard for the law and the impact of his offending on the victims.

“I commend our Trading Standards team for their diligent work in ensuring that once again Keane was not able to get away with providing shoddy work and leaving victims out of pocket.

“I hope this case once again underlines that we take rogue trader offences seriously and will prosecute wherever appropriate.” 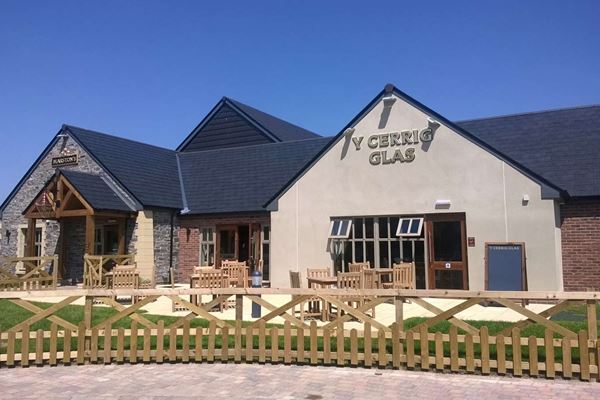 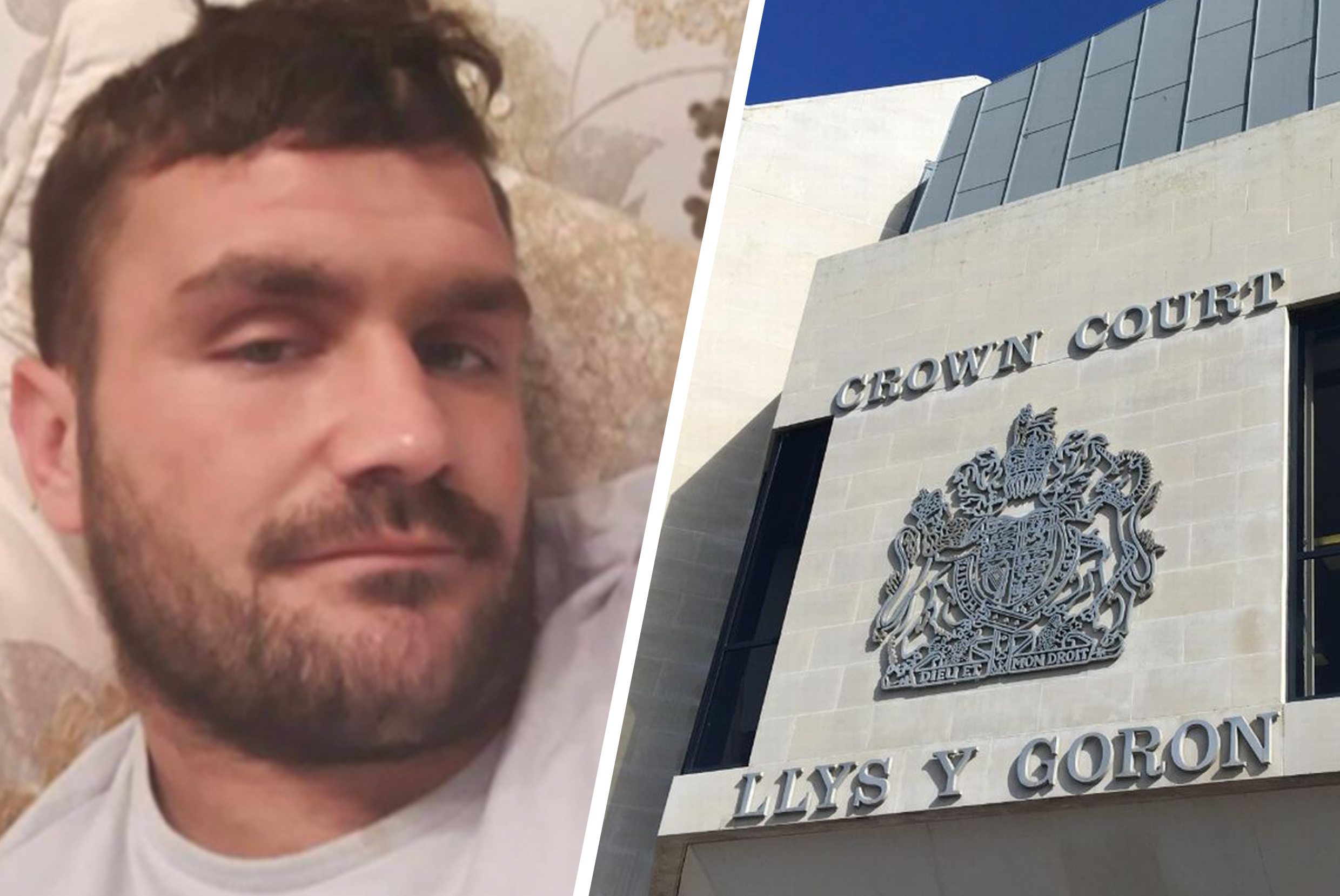 SWANSEA Crown Court has imposed a jail sentence on a Milford Haven man who was observed by police throwing bags containing illegal substances out of a rooftop window.

Officers were asked to carry out a search warrant at a property in Dewsland, Milford Haven in April, 2021 on suspicion that illegal drugs were being stored inside.

A man who they recognised as Chad Forrest was looking out of an upper window as the officers forced access via the front door. Then they observed a foil wrap, three bags, and four objects being hurled out of a roof window. While the other bags landed on the ground outside the building, one bag fell into the roof gutter.

A total of 109.37g of cannabis was discovered in them.

Additional inspections of the house turned in 0.881 grams of cannabis and a cannabis grinder in the front bedroom. They found a diary in the living room with a scribbled date, a name, and a reference to “56g and £380.” A police drug expert later confirmed that this was indeed the wholesale cost of this specific quantity of cannabis.

110.25g of cannabis, with a wholesale worth of roughly £710, was the total amount found during the search.

Chad Forrest, 29, of Nelson Avenue, Milford Haven, entered a guilty plea to the charge of cannabis possession with the intent to distribute it to others.

However, the Crown confirmed that the offence was committed whilst Forrest was employed by a scaffolding business while serving a suspended prison sentence imposed in February 2020 for possessing Class A cocaine with intent to supply. Other convictions include the possession of cannabis in February 2014 and July 2020 while in August 2019 he received four convictions for possessing a Class C drug.

“Possession with intent to supply is a serious offence but what makes this case even worse is the fact that it was committed during the operational period of a suspended sentence,” said Recorder Richard Kember.

“It’s questionable how seriously the defendant will take any community-based sentences as he has a history of non-compliance of previous orders. Neither do I accept his realistic prospect of rehabilitation.”

Forrest was given an 18-month prison term. After completing the first half of his sentence, he will be granted supervised release. 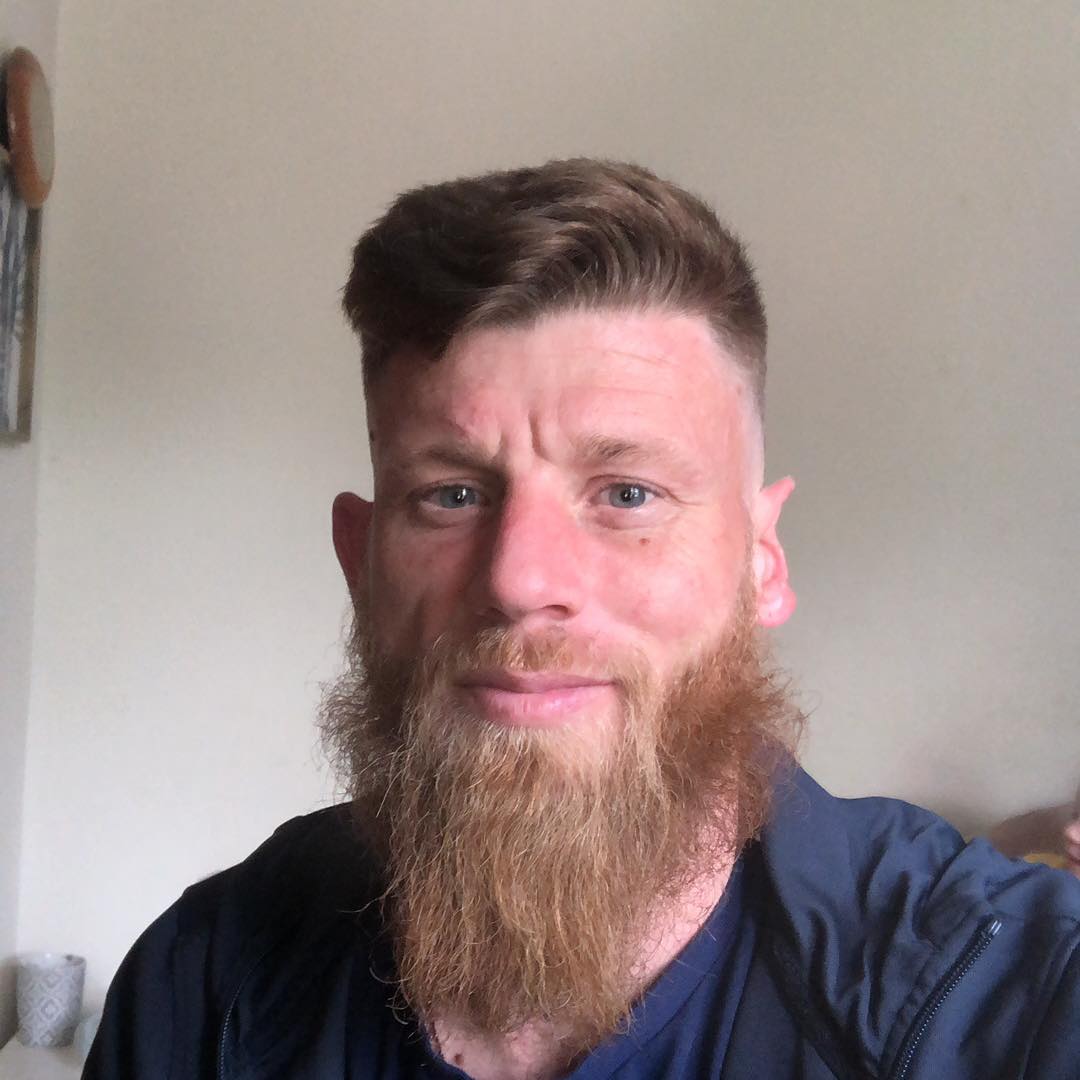 A PEMBROKE man who is alleged to have assaulted a woman and then set fire to her family home over the weekend has been released on bail.

In the early hours of Sunday, October 16, the police and the fire service were called to a property in Richard John Road, Milford Haven, after receiving reports of a fire.

Police remained on the scene for the majority of the day and later released a statement appealing for information about the fire, which they described as ‘unexplained’.

Appearing in the dock, 33-year-old Jenkins was charged with one count of criminal damage, one count of assault by beating and one count of arson with recklessness as to whether life was endangered.

According to the charge sheet, in the early hours of October 16, it is alleged that the defendant destroyed property belonging to a female victim, who cannot be named for legal reasons, namely a TV, a TV stand, a photo canvas and a kitchen chair.

The court heard that Jenkins is also alleged to have assaulted the victim by beating her.

The charge of arson with recklessness as to whether life was endangered, was laid against the defendant in respect to the victims home, which according to local reports has been left uninhabitable.

Fortunately, no persons were inside the property when the fire started.

At the time of the incident, a Dyfed-Powys Police spokesperson told The Herald: “Police attended a fire which occurred at a property in Richard John Road, Milford Haven in the early hours of Sunday morning, 16th October 2022.

“No-one was in the property at the time and no damage was caused to surrounding properties.

“The fire is currently being treated as unexplained.”

No plea was indicated to the charges and Jenkins will now face trial at crown court.

Jenkins will next appear at Swansea Crown Court on November 16 for a plea and trial preparation hearing.

As part of the bail conditions, Jenkins must not contact directly or indirectly the victim and must live and sleep at the address given to court.