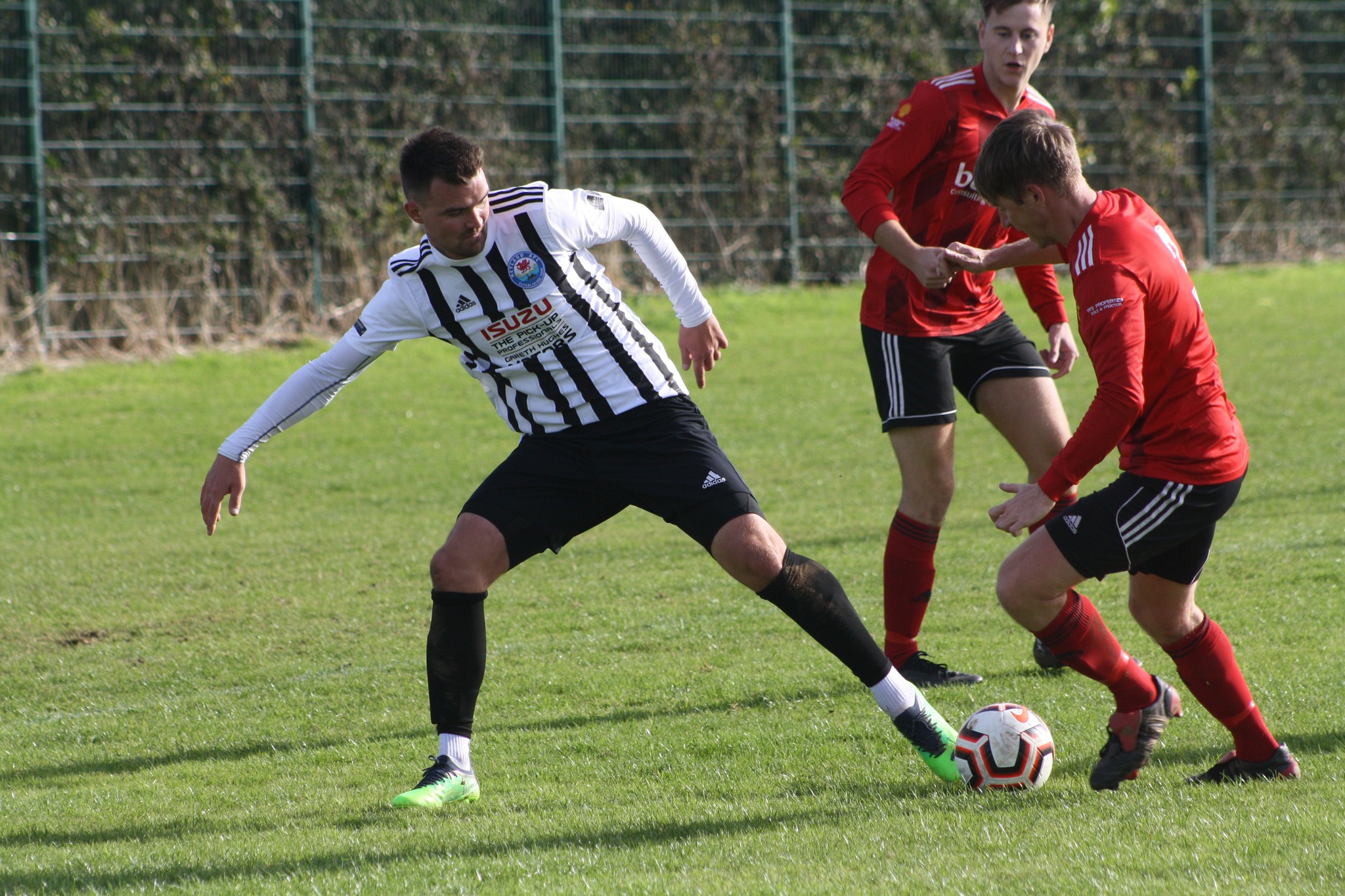 NEYLAND moved off the bottom of the Division 1 table as they beat Carew 2-1 on Saturday (Oct 15).

Carew won both meeting between the sides last season but Neyland battled well as they earned their first win of the campaign.

There were no goals in the first half but both sides had chances to go ahead.

After catching Carew offside, Andrew Kemp took the free kick too quickly for Patrick Hannon’s liking and that almost let Carew in but Hannon was able to clear.

At the other end Sean Hannon saw a header saved at the near post.

Marcus Griffiths then played the ball into the box for Shaun Whitfield but he saw his shot tipped over the bar.

Towards the end of the first half Griffiths had a chance to score but he sent his header wide.

The sides went in at the break with the score still at 0-0 and it was still anyone’s game.

However, just five minutes into the second half, Aidan Rees set up Mike Chandler, who scored a hat trick in last weekend’s West Wales Cup win, and he unleashed an unstoppable 25 yard drive to give Neyland the lead.

With five minutes to go, Patrick Hannon played the ball out from his area and the ball fell for sub Ollie Britton who ran on, despite offside calls, to fire into the net on his debut.

Dylan Morgan pulled a goal back for Carew in stoppage time to set up a nervy final few moments but Neyland held on to celebrate victory.

On Saturday, October 22, Neyland host Merlins Bridge and Carew are at home against Monkton Swifts.

Swifts prove too strong for Tish