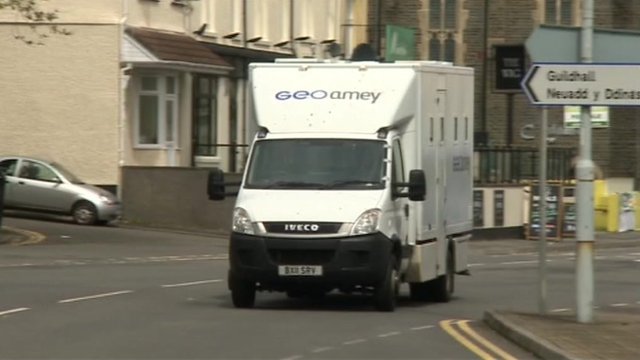 A HAVERFORDWEST man has been handed a suspended custodial sentence after pleading guilty to a charge of failing to provide a specimen for analysis.

Kelly Rivers for the Crown Prosecution Service told the court how on December 10 of last year, an on duty police officer spotted the defendant had a defective rear brake light.

The officer could smell alcohol and Ash, of Slade Lane, Haverfordwest, admitted to having “a few pints”.

A roadside breath recording a reading of 136mcg of alcohol per 100mls of breath, the legal limit being 35, making the defendant just shy of four times over the limit.

Ms Rivers added how the defendant was taken into custody and a second test provided a reading of 117mcg per 100mls.

As per the criminal justice procedure, two readings must be taken whilst in custody, however the defendant failed to provide the second specimen.

Judge Leyton silenced defending solicitor Mr Kelleher, during mitigation, when he told the court that the defendant was experiencing a panic attack and this is why he was unable to supply a specimen.

Instead he turned to the defendant and gave him a stark warning about the seriousness of the charge.

He said: “This is a deliberate refusal and a very high reading and I have no doubt you were a danger to the public.

“The reading warrants nothing short of a 12 week immediate custodial sentence.”

Probation was asked to compile a pre-sentence report.

Julie Norman from the probation service told the court how Ash, was of clean character and had pleaded guilty at the earliest opportunity and asked the Judge to consider suspending any custodial sentence as the defendant has a real chance at rehabilitation.

Judge Leyton gave Ash credit for the early guilty plea and sentenced them to eight weeks in prison suspended for 12 months.

Ash must also complete 100 hours of unpaid work and pay court costs of £85 and a victim surcharge of £154.

The defendant was disqualified from driving for 30 months.