THE CONSTITUENCY OFFICE of the Secretary of State for Wales was vandalised this weekend in an apparent protest at Tory cuts to welfare.

Graffiti saying: “Why do you hate the sick” appeared on the facade of Stephen Crabb MP’s building on Upper Market Street, Haverfordwest sometime on Friday night or Saturday morning, according to a local resident.

The spray painted slogan was noticed by local photographer Simon Eastop who took a snap and sent it into The Herald yesterday (Mar 12).

The Herald contacted Mr Crabb who told our reporter: “I am aware of the graffiti and I am currently dealing with it.”

In a statement released on Monday (Mar 14), Mr Crabb said: “I’m disappointed that some individuals choose to vandalise my office instead of making an appointment to see me to discuss their concerns. Sadly all these individuals achieved on Saturday was to create an inconvenience to my office staff, local residents, and the Police.

“There are lots of ways to communicate to convey concerns but criminal damage just isn’t an option.

“The decision that was taken by MPs was to reduce the level of benefit for those in the Work-related activity group of Employment and Support Allowance. What this actually means is that those individuals who are considered to be able to work in the future will now access the same level of benefit as those on Job Seekers Allowance, but will be given better tailored support to help them into employment. It doesn’t affect those already claiming ESA.

“Of course we are protecting those that are ‘too ill to work’. There is no question about that. Those with the most severe health conditions and disabilities will quite rightly continue to get a higher rate of benefit and support.

“The truth is that not all disabilities prevent people from working, in fact I know many disabled people locally who get a great deal of satisfaction from being in work. They would be extremely offended to not be considered equal in the job market and this benefit change means that more people will be able to take these important steps from being benefit-dependent to the workplace.”

Tory MPs have voted for disabled benefit cuts again despite pleas from their own side, the House of Lords and the government’s human rights watchdog.

A dramatic battle between the House of Commons and House of Lords escalated last week as MPs rejected peers’ protests 309-274 – sending the cuts back to the Lords for a third time. Most Tories voted for the cuts despite a dramatic rebellion by one of their own backbenchers, Heidi Allen.

George Osborne is reportedly poised to use a reduction of £55 a week in benefit payments to disabled people in order to fund a middle-class tax giveaway at next week’s Budget.

The decision by Ministers to remove the PIP – Personal Independence Payment – benefits from more than 600,000 disabled people over the next five years, saving around £1 billion a year, could give the Chancellor leeway to bring down taxation for the middle-class.

Mr Osborne wants to “accelerate progress” towards the Conservative manifesto pledge of raising the threshold to £50,000 at which people start paying 40p tax – a policy that could see thousands of high-earners pulled out of the higher rate of income tax.

Owen Smith, the shadow work and pensions secretary, posted on his Twitter account: “Already wicked to take another £1.2 billion from disabled, but truly obscene if switched for tax cuts at the Budget.”

On Friday a coalition of 25 disability charities wrote to the Government warning against the plans that would strip some disabled people of a key payment meant to help them live more independent lives.

Stephen Crabb has come under fire in recent days for missing the bulk of a Commons debate about Wales and not turning up to a Welsh Government reception at one of London’s most glittering addresses – but attending a Conservative party women’s lunch.

MPs were told that Mr Crabb was not present for the start of a debate focused on Wales because he was on “parliamentary business”.

He told the Deputy Speaker: “I am concerned about not only the Secretary of State’s absence from this important debate, but the fact that he was absent at a St David’s day reception hosted in Lancaster House earlier today. Perhaps he has died or perhaps he has resigned and not told the House.

“Perhaps you could shed some light on this.”

Train and car collide in Manorbier

A TENBY woman was injured in a serious road accident on the A465 near Hirwaun, Rhondda Cynon Taf, which left a young man dead.

Also injured in the crash were three men aged 18, 22 and 25, The Herald can confirm.

The tragic crash happened following a police pursuit, and the Office for the Independent Office for Police Conduct is now involved in the investigation.

The 21-year-old, Robbie-Lee Selway from Merthyr Tydfil, sadly died on Thursday, May 13.

The crash involved a blue Ford Fiesta and a white Renault Clio between the Hirwaun and Llwydcoed junctions of the A465.

His family said: “We as a family are deeply broken by the tragic accident that left our family without a daddy, son, brother, uncle, partner and friend.

“We ask that everyone give us some privacy at this very sad time. We appreciate everyone’s support through this time.”

A spokesperson for the Independent Office for Police Conduct told this newspaper in a statement: “The collision between a Ford Fiesta, which we understand was being pursued by a South Wales Police vehicle, and a Renault Clio, occurred shortly before 11 am.

“The IPOC understands a 21-year-old man who was in the Fiesta has sadly died, and a number of people were taken to hospital.

“Following a referral from the force we sent investigators to the scene and to the police post incident procedure to begin our enquiries.

“The man’s family have been advised of the IOPC involvement.”

An 18-year-old man has been arrested on suspicion of causing death by dangerous driving following Thursday’s crash.

A police spokesman for South Wales Police told The Pembrokeshire Herald: “We are appealing for anyone who may have witnessed the collision or the manner in which the Ford Fiesta was being driven in the Merthyr Tydfil and Aberdare areas in the hours prior to the incident, or anyone who may have any dash-cam footage of the incident and who has not already done so to come forward.” 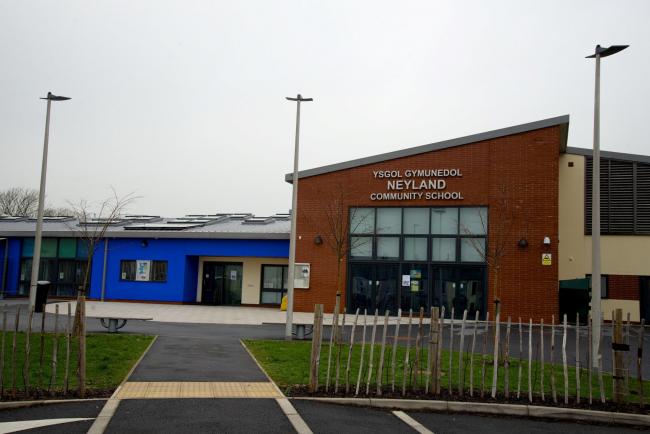 THE HEADTEACHER of a Pembrokeshire primary school has written to parents and guardians following concerns over certain social media activity.

Mrs Clare Hewitt, of Neyland Community Primary School, said that it filled her “with great sadness” to have to email parents and guardians of pupils at her school.

She added that the school had alerted the police regarding the matter.

Mrs Hewitt said that it came to light that there had been “inappropriate use of images of staff and pupils for TikTok pages and Messenger groups.”

The school said it is asking that all parents, where their child uses social media, to check social media accounts to ensure that they are being used appropriately and safely,

Parents or guardians with concerns have been asked to telephone the school on Monday or to contact Mrs Hewitt by email.

Parents and guardians of pupils were contacted by email on Saturday night (May 15).

Boost for town: Local celebrity Matt Baker to take on the Castle Hotel 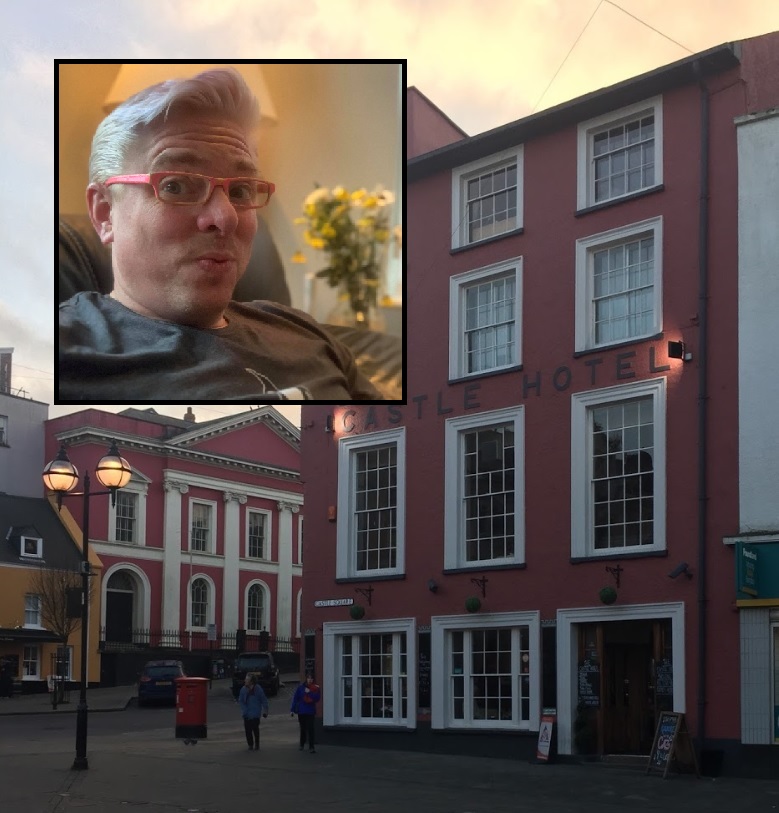 A WELL known local musician and radio DJ is to take on a landmark business in Haverfordwest. The nine bedroom Castle Hotel is probably one of Pembrokeshire’s best known venues – but Matt Baker says it is now under new management.

Matt Baker is not doing things slowly, with a planned opening of the premises on May 28 promising live music, good food and a relaxing atmosphere for all ages. For what is sure to be a positive piece of news for Haverfordwest’s ailing town centre, he is currently advertising for staff, thus creating jobs.

Matt, who previously ran The Tiddly, made his announcement on his Facebook page this morning (May 16), with hundreds of people liking the post and many more wishing him well with his new venture.

He wrote: “Well folks I got some exciting news.

“As most of you know cruise ships have been a big part of my life, 16 years on and off.

“In between that I did open my own pub here in Pembrokeshire call The Tiddly and worked me bottom off to provide a great place for people to come and switch off with live music every night.

“That unfortunately had to come to an end and I have missed it very much.
Well, seeing as I can’t go back to ships at the moment I’ve decided to take on an adventure I
“I’ve always dreamed one day I would own and that is a Hotel.

“It’s not just any Hotel, but one full of amazing history right here in the heart of Pembrokeshire and right in the Center of Haverfordwest.

“Everyone said when I was at The Tiddly “we love it here but we wish you were in town” as The Tiddly was 3 miles outside of Haverfordwest.

“I’m super excited to start a new chapter in my life and with the support of the people of Pembrokeshire and beyond and I’m hoping it will be life long.

“The Hotel has nine beautiful rooms on suite and a lovely restaurant area and a lounge/bar which I’m planning to have all up and running very soon, all been refurbished by the way.
We still are In uncertain times but I’m hoping we are at the back end and can enjoy each other’s company like before and socialise.

“I’m bringing back live music, good food and drink, and a place to come and switch off for all age groups with a comfortable and enjoyable environment.

“I’m planning for the 28th of May to be open, that’s in just under 2 weeks, but if you know me, you know I like a challenge.

“Please come support and follow all guidelines for now as we move forward in these new times.

“I will look forward to welcoming you to The Castle Hotel with open arms and let’s make more great memories together.

“See you soon Pembrokeshire and beyond!”