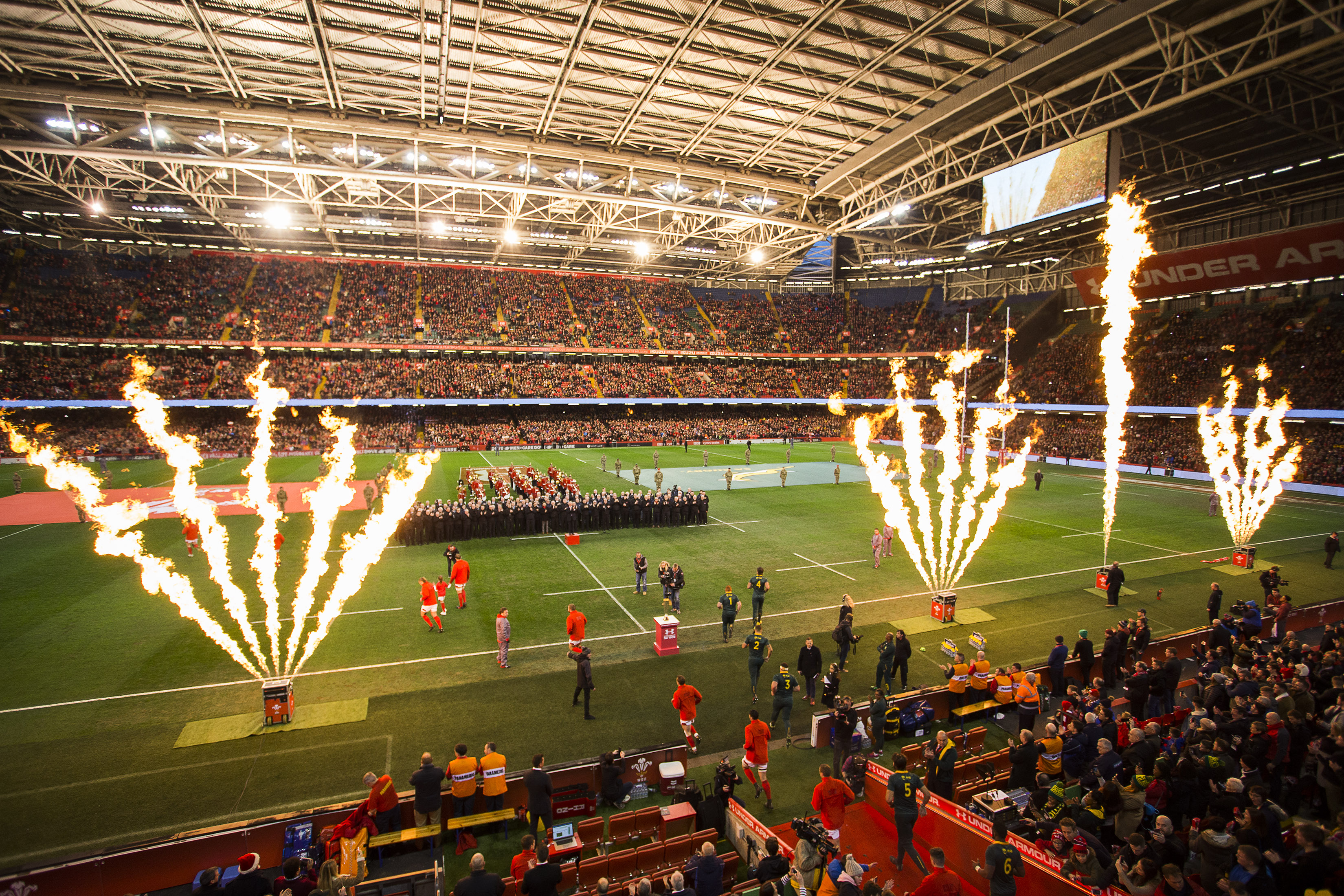 WALES’ home 2018 NatWest 6 Nations matches against France and Italy go on public sale from 10am tomorrow, Friday, December 8, at wru.wales/tickets.

It was also announced today that Warren Gatland’s side will open their campaign against Scotland on February 3 (2.15pm) in front of a sold-out Principality Stadium crowd.

Wales then hit the road to take on England and then Ireland, before returning to home soil on March 11 to host Italy (3pm) – where up to 48,000 new junior concessionary tickets have been made available – and welcoming France a week later, on the final weekend of the Championship (March 17, 5pm).

For the first time in the Championship a concessionary price ticket has been introduced for the round-four meeting with the Azzurri, meaning U16s can access this game for £20.

In another first for the national stadium,  a unique ‘curtain-raiser’ also means supporters will be treated to two-matches-for-the-price-of-one that weekend, as the double-headed Sunday fixture includes the Wales Women clash with Italy – making it a must-see occasion for all the family.

Wales take winning momentum from their climactic Under Armour Series victory over South Africa into the tournament, after supporters turned-out in their greatest numbers for almost a decade, across the four-match series (a total of 265,071 attended Principality Stadium this autumn, the highest overall attendance for the campaign since 2008).

All three equivalent Six Nations home fixtures, against Scotland, France and Italy, sold-out at Principality Stadium in 2016 before the tournament started and a high demand for tickets is once again expected.

The Scotland game sold-out this week via Welsh rugby clubs, WRU supporters club members and debenture holders, who have had access to tickets since September, and a limited number remain for the clash with Les Bleus means that game is expected to sell-out before Christmas.

A seasonal guarantee means any orders before December 19 will be received by Christmas Day, with a festive-card option also available at the time of purchase (this option must be chosen at online check-out)

“We are blessed with the greatest supporters in world sport in Welsh rugby and we expect the hottest tickets in town to be snapped up in record time once again for this mouth-watering 2018 Natwest Six Nations campaign,” said WRU chief executive Martyn Phillips.

“The concessionary tickets, which are available in their thousands for the Italy game, will be particularly popular, just as they proved to be for our Under Armour Series this autumn.

“Round four is set to be a real family rugby occasion at Principality Stadium, with the extra value of seeing two games for the price of one, as the Wales Women Six Nations international clash against Italy kicks-off ahead of the men’s game, at 11.45am.

“As a not for profit organisation, all WRU proceeds are invested back into the game at all levels.”

The WRU has guaranteed its lowest price ticket for a Six Nations match at Principality Stadium will be frozen at £40 for at least the next two seasons, until 2020.

Official Hospitality Packages for Six Nations fixtures are available from 02920 822 413 or visit www.wru.wales/hospitality and official travel packages can be purchased from the WRU’s official travel supplier, Gullivers Sports Travel by visiting  here

For all other ticket enquiries contact wru.wales/tickets – which is now fully mobile responsive making it easier than ever to purchase tickets – or visit your local rugby club.