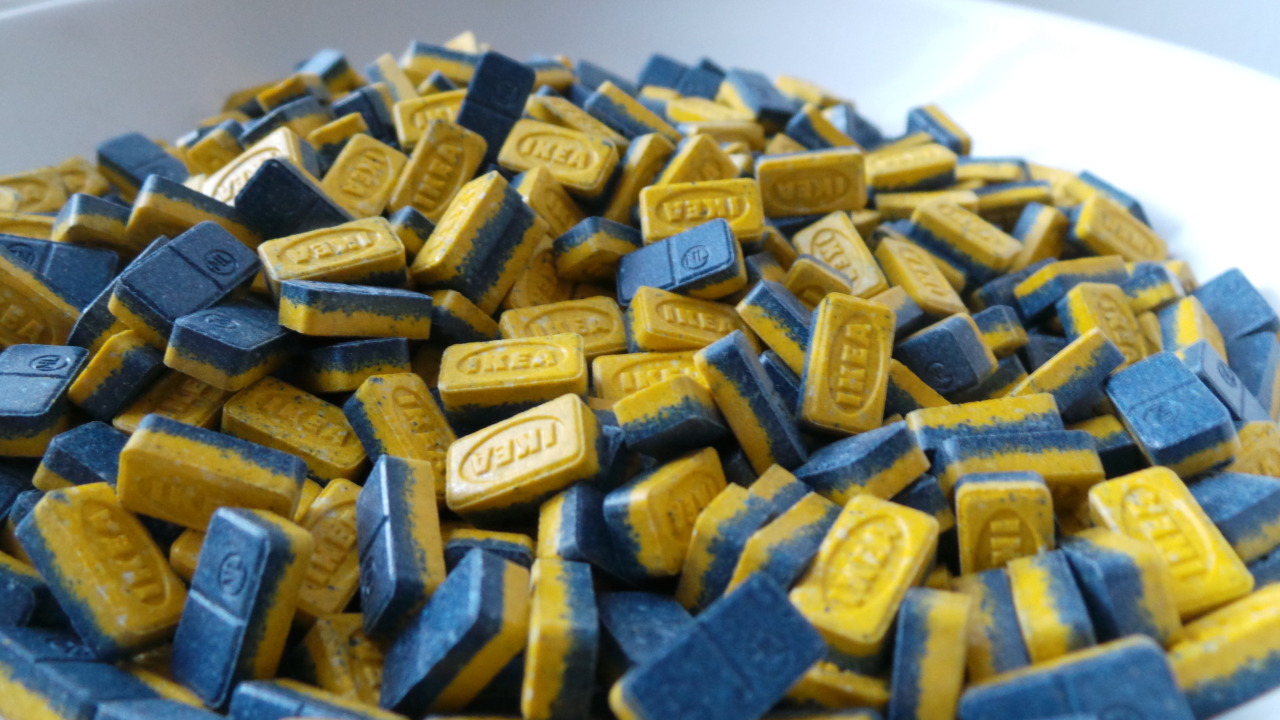 A WARNING has been issued after a 16-year-old girl was hospitalised last night (Dec 13) after taking ecstasy.

Dyfed Drug and Alcohol Service (DDAS), in partnership with Hywel Dda University Health Board and Dyfed-Powys Police, have issued the warning.

They are urging anyone considering taking ecstasy to firstly, not put their health and lives at risk, but secondly, be particularly careful if offered MDMA (ecstasy) named Ikea, blue and yellow tablets branded with the Ikea logo, or Rolls Royce, which are pink tablets embossed with the Rolls Royce logo.

In the last month, several teenagers have been admitted to hospital in Pembrokeshire suffering the effects of ecstasy, including dangerously high heart rates, sweating, and in one instance a patient had to be put on a ventilator.

The most recent incident being the hospitalisation of a 16-year-old girl last night.

A quantity of Rolls Royce tablets were also seized over the weekend from a property in Brynamman, Carmarthenshire.

The organisations are working together to prevent people from suffering the effects of these substances.

Sian Roberts, Service Manager for DDAS, said: “We would like to discourage even the most frequent user of MDMA or ecstasy from using this drug as we are seeing life-threatening symptoms with some batches circulating in the Dyfed area. There is no way of knowing what is in a tablet or powder until after someone has taken it. if someone does buy and take the drug and start to feel ill, they must go to hospital immediately informing medical professionals what they have taken.”

Detective Superintendent Gary Phillips, Dyfed-Powys Police, said: “Dyfed-Powys Police is working proactively to disrupt the sale of such drugs on our streets and to prevent anyone else from coming to harm. We’re also working closely with support agencies to educate individuals on the personal risks of taking drugs and the wider impact on the community. We are appealing to anyone with information about the supply of MDMA in the community to contact the police by calling 101, or Crimestoppers anonymously on 0800 555 111.”