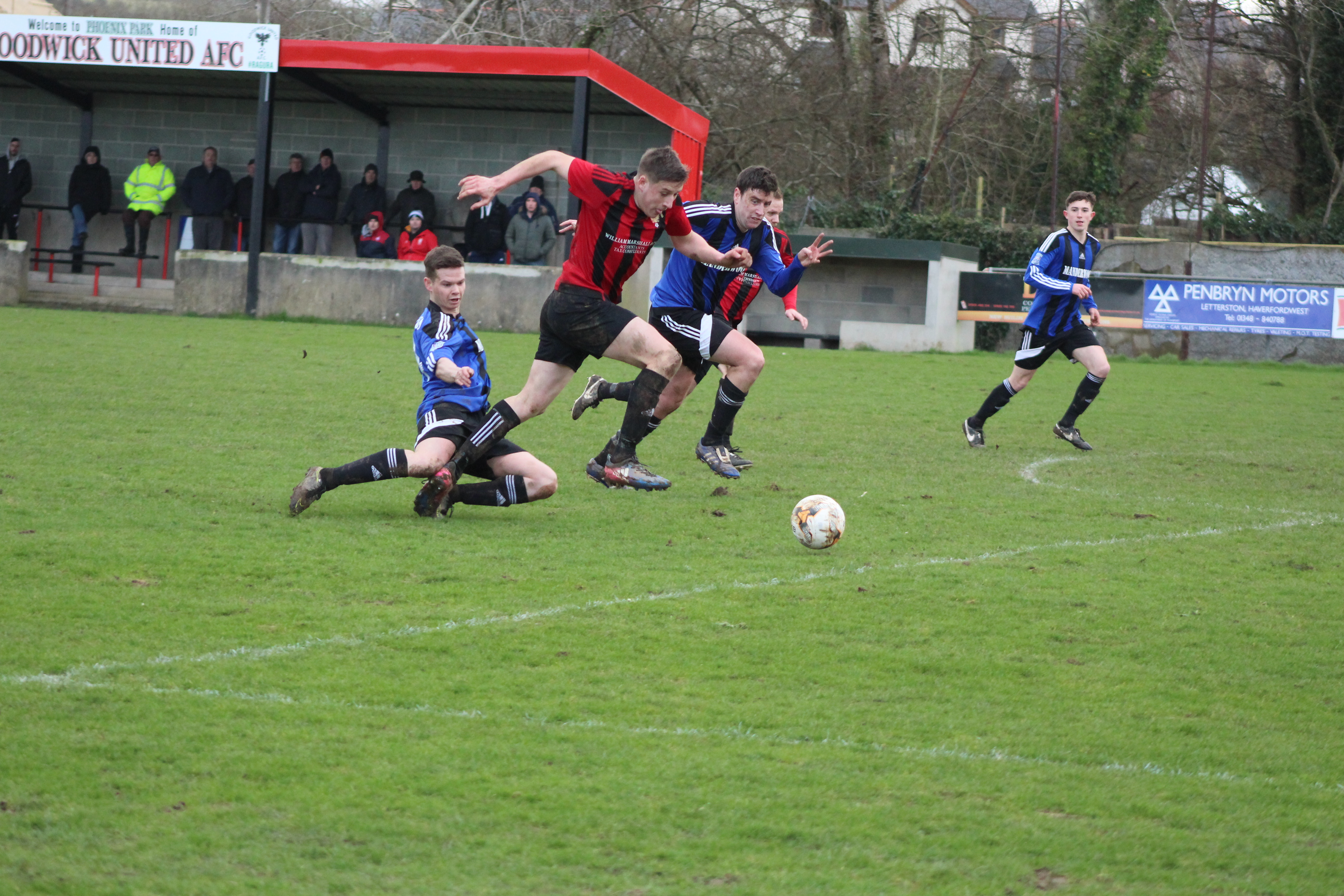 TONIGHT sees Goodwick United take on Carew for a place in the West Wales Cup Final at the Bridge Meadow in Haverfordwest.

Goodwick reached the final in 2016 and went on to win it so they know what it takes to make it.

Carew last reached the semi-finals of this competition in 1972 but were beaten on that occasion and they will be hoping they can go one better this time around.

A date at the Liberty Stadium awaits either side so both will be keen to create a little bit of history when they step out onto the pitch tonight.

Goodwick reached the semi-final on Saturday (Mar 17) as they beat Swansea side Ystradgynlais 2-0 thanks to goals from Jordan Griffiths and Matty Delaney.

They also beat Ystradgynlais on their route to the final in 2016 so they will be hoping history can repeat itself this year. The Pheonix Boys overcame Hakin United in round 4 as they came out on top with a 4-3 win in what was a thrilling encounter.

They beat CRC Rangers 3-0 in the third round, Kilvey Fords by the same score line in the second after easing to a 7-0 win over St Clears in the first round.

Carew also proved that west was best in their Quarter-final as they beat Giants Grave 5-2 the previous Saturday (Mar 10).

The Rooks disposed of Bonymaen Colts in the fourth round with a 2-0 win away from home after beating Carmarthenshire side Evans & Williams 5-0 in round three.

In the second round Carew won 4-1 away to Glynneath Town following a 5-1 win over North End in the first round.

Carew also warmed up well for the semi-final as they rested players but still came away with a 4-1 win at home to Narberth with Scott Ferney scoring a hat trick.

The Rooks will be hoping for a better showing at the Bridge Meadow this time around having been beaten 4-2 by Hakin in the Senior Cup Semi-final just a few weeks ago.

The sides have met once already this season with Goodwick coming out on top with a 3-1 win at Pheonix Park.

Whatever happens, tonight’s game is sure to be another epic battle so make sure you get down to the Bridge Meadow for a 7:30pm kick off.

Good luck to both sides.