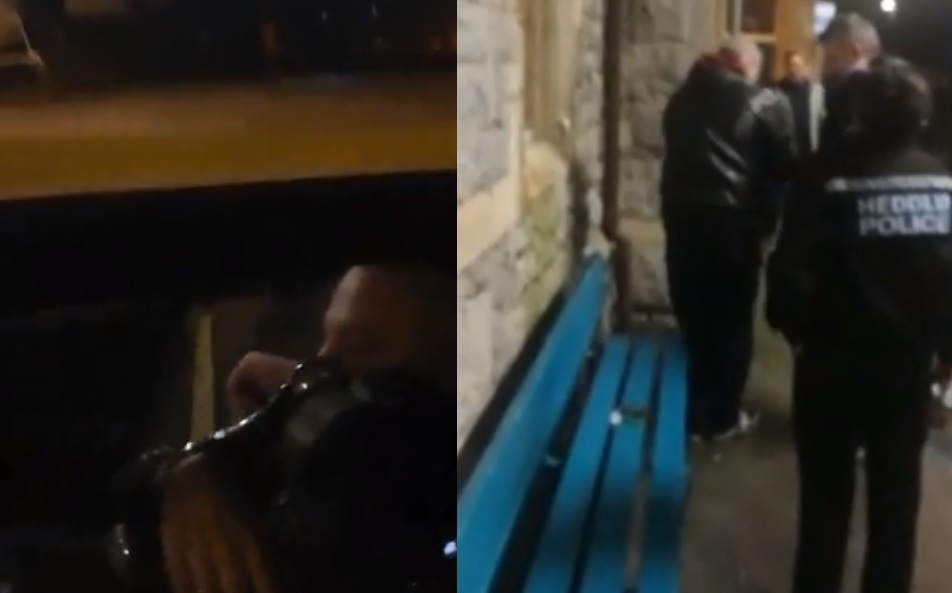 THE DEBATE rages on as to whether the police are relying too heavily on so-called paedophile hunters in investigations regarding child grooming.

In Wales, from 2015 to 2017 there were 31 cases where the police began proceedings against grooming suspects, in 19 of which, police used evidence gathered by vigilante groups.

Despite an investigation by the BBC finding that police in England and Wales used such evidence at least 150 times in 2017 – a seven-fold rise in two years, Dyfed-Powys Police have denied using evidence gathered from vigilante groups. Over the past three years, Dyfed-Powys Police recorded 82 cases, and took proceedings forward against just one person, but have not used the evidence gathered in any cases.

This comes after a man from Pembroke Dock was caught by paedophile hunter vigilante group Silent Justice, and jailed for 28 months in February. Simon Fleet, aged 43, had turned up at the town’s railway station with the aim of meeting an underage girl for sex, but instead he was met by police officers who arrested him. Fleet, of Water Street, admitted attempting to engage in sexual activity with an underage girl.

Swansea Crown Court had heard how Fleet had swapped messages with the ‘girl’ via the internet and thought he had talked her into meeting him. In fact he was exchanging messages with a group posing as children and waiting to be contacted by adults. They then try to identify those that are attempting to groom children, tracking them down and confronting them before police are called.

Judge T Mervyn Hughes warned Fleet that if the girl had existed he would have received a far longer sentence. Fleet was made the subject of a sexual harm prevention order and told to register with the police as a sex offender, both for the next 10 years.

Silent Justice are so-called ‘Child Protection Enforcers’ with a Facebook page liked by over 5,000 people, with members acting as ‘decoys’ posing as children online. They are not without controversy, removing a post from its Facebook page following the suicide of an alleged offender in Northern Ireland in August 2017.

Last year, a Cardiff judge was critical of such groups, and accused them of giving misleading evidence after the collapse of an alleged sex offender’s trial.

Judge Thomas Crowther QC had said: “This case underlines why criminal investigations should be conducted carefully, meticulously and by those who are trained and qualified to do so.”

The National Society for the Prevention of Cruelty to Children (NSPCC) has spoken out on the issue, saying that: “While we have every sympathy for people concerned about suspected abusers, we believe that identifying offenders and investigating crimes is best left to the police.

“When members of the public take the law into their own hands it can run the risk of driving offenders underground, endanger on-going police work and the legal process or result in innocent people being targeted – all of which may put more children at risk of harm.

“If someone has concerns about a child’s safety the best way they can help is to alert the police. By speaking out they may be able to help investigations and contribute vital evidence.”

The debate about paedophile hunters has recently been the focus of a Channel 4 documentary, in which filmmakers followed around a group of the vigilantes.