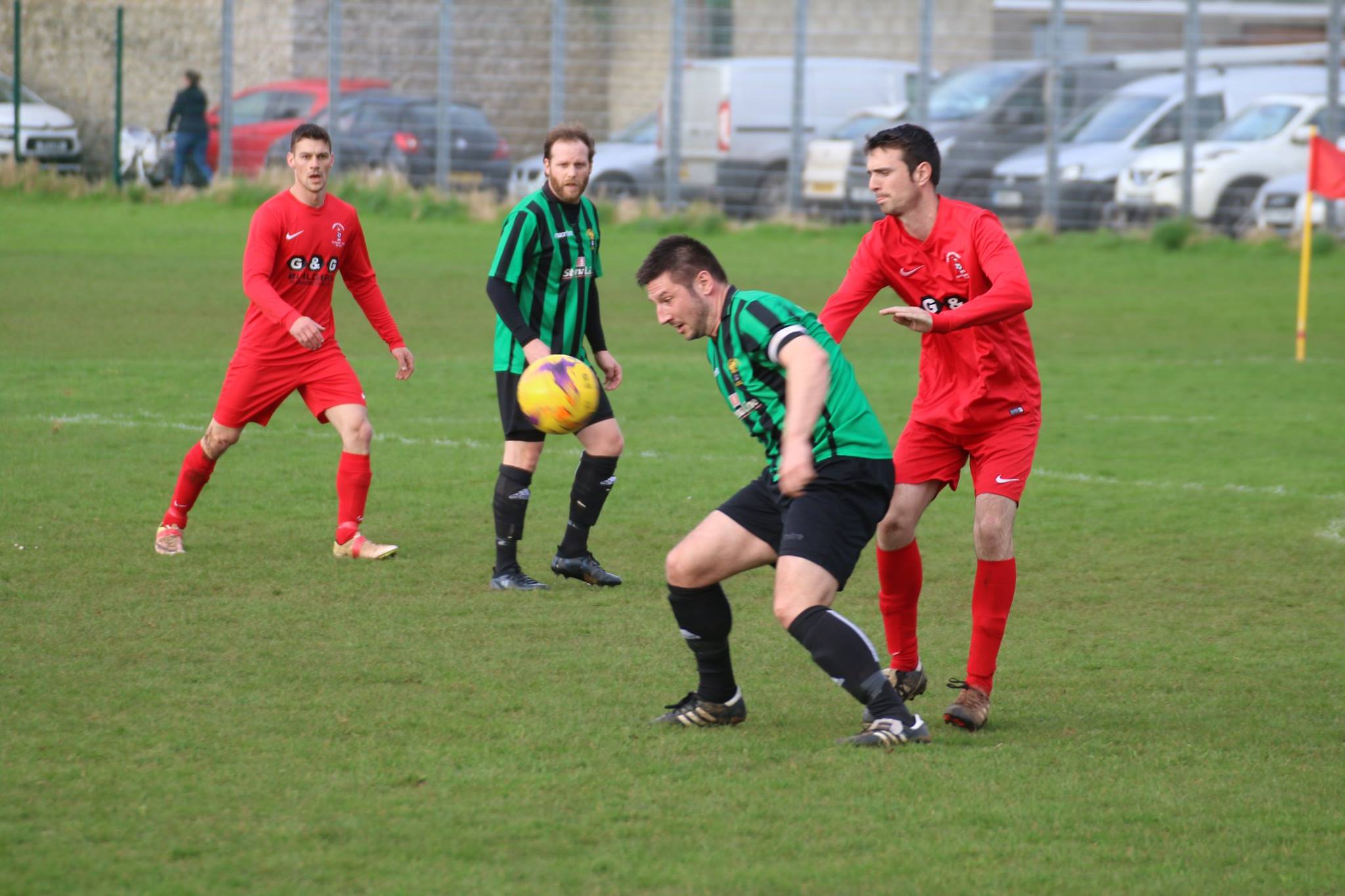 GOODWICK United’s Adam Raymond scored twice as he helped his side to a big 8-1 win over Pennar Robins at Bush Camp on Thursday night (Apr 19).

The win moves Goodwick six points clear of Hakin at the top of the table but the Division 1 leaders have now played four games more than the Vikings.

It wasn’t long before Goodwick went ahead on Thursday as after eight minutes Scott Delaney headed in from a Chris O’Sullivan corner.

Unfortunately for Pennar that goal came whilst one of their players was off the field changing his boots.

Matty Delaney then came close to adding a second for the visitors as his back-heeled shot was pushed wide. Moments later, Pennar sent the ball up field and Goodwick keeper James Gwilt missed the ball but thankfully for him his defenders were covering and his blushes were spared.

It was 2-0 on fifteen minutes as Adam Raymond crossed into the box for Lee Hudgell who saw his shot saved before the rebound was fired home by Johnny Horgan.

Five minutes later it was three as Matty Delaney crossed into the box for Horgan at the back post who headed back across goal for Raymond to stop and head in.

With half an hour gone, Chris O’Sullivan dinked the ball down the line for Horgan who crossed to the back post for Matty Delaney to volley home despite Trayhern getting a touch.

Goodwick were not finished there and another Horgan corner was headed into the top left hand corner by Lee Hudgell to make it 5-0.

Pennar’s Carl Rees was then sent through on goal but his effort was saved by Gwilt.

On the stroke of half time Horgan sent a corner into the box and Wayne O’Sullivan got on the end of it to head home and make it 6-0 at half time.

Three minutes into the second half Goodwick scored again as Horgan again crossed into the box but the ball was knocked into his own net by a Pennar player. Raymond then headed the ball on for Horgan but his fierce shot was well saved by Trayhern who pushed it over for a corner.

To their credit Pennar never gave up and they were rewarded when Sam Southcott bagged a consolation effort.

Goodwick’s Raymond then completed the scoring to make it 8-1 and seal an impressive win for the visitors.

The win now sets up a mouth-watering clash with Hakin United on Tuesday (Apr 24), which could decide the destination of the Division 1 title.

Good causes in Wales could win share of £250k