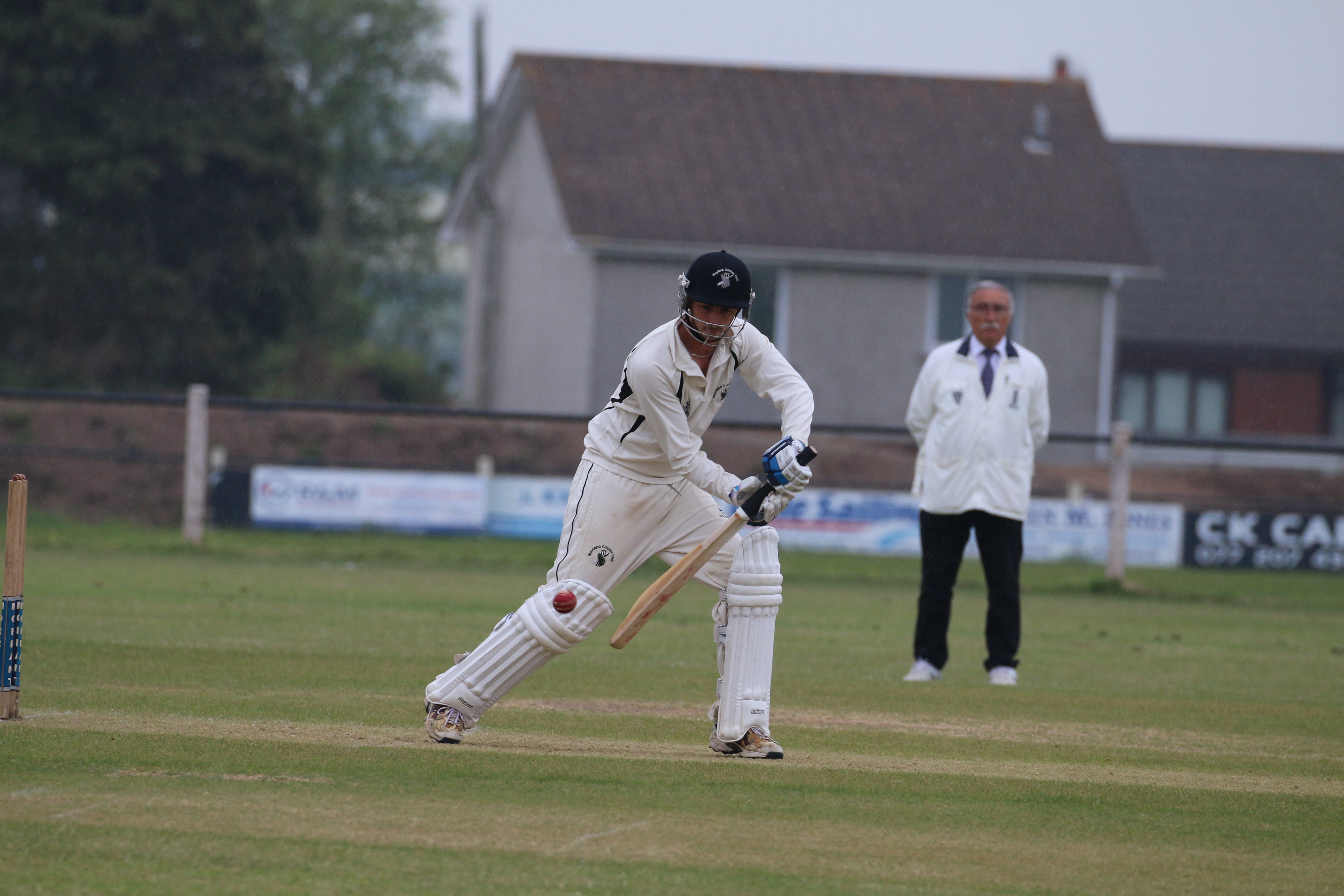 HARRISON ALLEN Bowl Champions Neyland made it through to the quarter finals of the competition after they beat Haverfordwest with only two balls to spare on Thursday night (May 24).

Haverfordwest batted first but they were restricted to a total of 100-8 on an overcast evening.

That left Town on 9-2 but Simon Holliday and Danny Potter shared 27 runs for the third wicket partnership.

Holliday made 14 before he was superbly run out by Patrick Hannon and soon after Ben Field departed when he was caught by Gregg Miller off Patrick’s bowling.

Potter had made a score of 31 with four fours and a six but he was also run out, this time by Ashley Sutton, and Town had slipped to 56-5. Archie Thomas did likewise in his score of 11 from eight balls but he was then bowled by Durrant.

That saw Town fall to 80-8 but Kieran O’Connor and Huw Scriven shared 20 runs to take Town to their total.

O’Connor finished unbeaten on 9 while Scriven smashed a six off the last ball to finish not out on 11 and take Town to three figures.

Neyland lost Paul Murray early in their reply when he was caught by Merry off the bowling of Adam James for a score of 6.

Nick Koomen and Ashley Sutton then shared a partnership of 20 before Sutton was bowled by James.

Koomen and Banner then shared 19 runs but that partnership came to an end when Banner was stumped by Scriven off the bowling of O’Connor for a score of 8.

Soon after Koomen, who had hit three fours and a six in a knock of 31, fell in the same manner as Banner and Neyland were left on 60-4.

Henry Durrant and Patrick Bellerby then swung the game back in Neyland’s favour with a good partnership of 25.

That came to an end when Bellerby was caught by Rhead off the bowling of Holliday for a score of 21 from 12 balls which included a four and two sixes.

Scriven then picked up his third stumping as he removed Durrant for a score of 11 to the bowling of Holliday.

That was the end of the wickets however as Gregg and Andrew Miller saw Neyland home, finishing not out on 6 and 7 respectively, with only two balls to spare.

The draw for the quarter finals will be made on Wednesday, May 30, at the next meeting of the County Cricket Club.