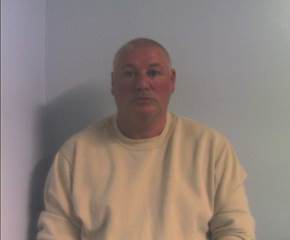 NEYLAND paedophile John Smith has received a 28 year extended sentence for a string of child sex offences.
Smith, once known as Mathew Griffiths, had been found guilty of all the 28 child sex offences against him.
Smith, aged 47, of High Street, was told the sentence would be made up of a 21-year custodial element, of which he must serve 14 years before being allowed to even apply for parole.
Judge Paul Thomas, sitting at Swansea Crown Court, said Smith would be under stringent licence conditions until 2046 irrespective of when he is released.
Smith was found guilty of buggery, indecent assault, indecency with a child, sexual assault and vaginal intercourse with a girl aged under 13
He was also convicted of possessing indecent images of children, making such images, and the possession of extreme pornography depicting women having sex with dogs and horses.
The child assault charges involved three girls and a boy, all of whom are now adults.
Smith had denied all the charges but was convicted after a trial at Swansea Crown Court.
The court heard victim impact statements from each of his victims in which they told how their lives had been blighted by the sex abuse.
Judge Thomas told Smith he had a sexual appetite for young girls and boys, and thought only of his ‘wicked, paedophile end’.
Those he had abused, he added, had been devastated but Smith had shown ‘not a shred of remorse’.
“You called them liars and that contributed to their distress. You tried only to save your own skin,” said the judge.
Judge Thomas said he believed Mathew Griffiths had changed his name to John Smith – ‘showing a certain lack of imagination’ – to try and stop his past catching up with him.
Judge Thomas said he was confident that the steps he had taken would ensure that Smith would never again have access to young children.
After Smith had been led away he praised the victims for their courage in going to the police and the dignity they had displayed during the judicial process.

The officer in charge of the case, DC Lisa Roberts, dedicated eight months to this investigation wanting to secure a conviction for the victims.

DC Roberts said: “I have dedicated a huge amount of time and effort in this investigation. However, this is nothing compared to what the victims went through and worth every second because it wasn’t me that got him to court.

“The resilience, strength and courage of the victims was outstanding and without them and their commitment through some very demanding and stressful times we simply wouldn’t have had the result we had.

“I personally would like to thank the brave victims for coming forward and pursuing this case after what has been a long and complex investigation.”

Detective Inspector Cameron Ritchie said: “I commend the efforts of the officers involved in securing the conviction and sentence of this offender.

“Smith’s actions will have a lifelong effect on our four victims and their bravery is commendable. It is so important that survivors have the confidence to come forward and report these crimes no matter how much time has passed.

“I hope anyone else who has experienced similar abuse at any stage of their life can find courage from this case to see that all reports will be taken seriously by Dyfed-Powys Police and fully investigated.”

If you have been a victim of non-recent child sexual abuse, or abuse that is happening now, report it to Dyfed-Powys Police by calling 101 and ask to speak to an officer in confidence. You will be listened to and you will be taken seriously. An initial report can also be made online via their website: https://www.dyfed-powys.police.uk/en/contact-us/report-an-incident/.

Regardless of whether you choose to report the crime, Goleudy Victim and Witness Service can provide you with further support and assistance. Call 0300 1232996 or email goleudy@dyfed-powys.pnn.police.uk

Victims of child sexual abuse are also encouraged to think about sharing their experience with The Truth Project, which is part of the Independent Inquiry Into Child Sexual Abuse cases (IICSA). It was set up in 2015 to investigate organisations and institutions that have failed to protect children from sexual abuse. By sharing their experiences, victims and survivors make an important contribution to the work of the Inquiry and their experiences will feed into and influence the findings and recommendations. Visit www.truthproject.org.uk for more information.